A version of this article was originally published in June 2015 on LEAP UK – one year on, little has changed:

There was a familiar and tragic story in the news on the 14th June 2015, about six heroin-related deaths in Nottinghamshire

Events like this are generally reported the same way, with some public official, or police spokesperson claiming that a ‘bad batch’ or ‘extra strong’ dose of the drug killed the unfortunate users. By insisting officially that the cause of death is those extra strong drugs, the official can absolve themselves of any responsibility for the deaths. The system is not therefore to blame, nor any policy, but it is the especially pure substance that did it. The subtext to this is that it is the fault of the user, and entirely their responsibility.

Let’s examine this stance, specifically through an official statement by Public Health for Nottinghamshire, where they claim that there is a batch of heroin three times the normal strength. Whilst I commend anyone, especially a public figure or body, giving any kind of harm reduction warning, all cases like this need examining if we are to uncover the real reason for these deaths.

There is a lot of misinformation about heroin adulteration. I used to do undercover work in which it was important to know the exact purity of the heroin and exactly what it was cut with. As a member of the committee for national police experts on drugs, I was also privy to much of the national and international intelligence about drugs.

There is a fallacy that heroin is adulterated at every opportunity by greedy dealers. Actually, heroin is very rarely cut after the point of importation – just as it enters the country, the product is adulterated with a mixture of paracetamol and caffeine. The reason for this particular mix is that it looks like, and behaves on foil (when smoked) just like heroin.

The average heroin seized in this country has been getting steadily stronger since the banning of its prescription by doctors, and since the Misuse of Drugs Act was enacted (to theoretically control the emerging market). The only major decrease in average purity came as a result of one season’s severe poppy blight between 2009 and 2010. The occupation of Afghanistan oversaw the biggest increases in poppy crops ever measured, meaning there was more heroin being produced internationally than ever before – and an abundance of supply ensures reliably strong heroin. 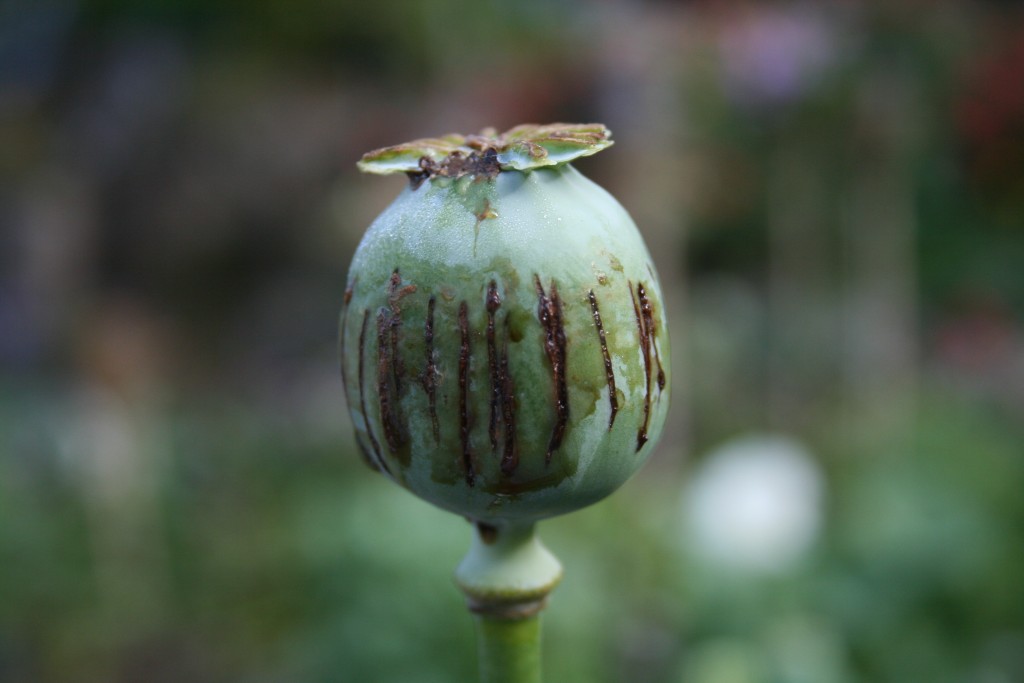 So if the drug is getting ever stronger, then why have headlines about these six deaths referred to ‘extra strong heroin’?

When I asked Nottinghamshire Council about this, their press spokesperson stated that they were under this assumption because the police had recently issued warnings about ‘strong heroin’. I have obtained the Nottinghamshire police statements about this. They issued a warning about strong heroin in circulation in March [2015]. And again in April. And then again in May, where the issue was discussed in the Drug Monitoring Group. All service providers have been notified by the police about ‘extra strong heroin’ circulating for three consecutive months.

In my experience, the largest numbers of heroin overdoses come after a period of abstinence. Deaths are often caused by combining heroin with other drugs (like alcohol, of course), but I have observed over the years that deaths are also common where a heroin user has had an enforced abstinence in a police cell, for example. They are also common amongst those abstaining through some kind of treatment. It should be noted that those users who are using regularly, and who have not abstained, can cope much better with any fluctuation in purity. (It should also be noted that the reason that there is a fluctuation in the purity and supply is because that supply is controlled by organised crime groups.)

For the last few years there has been a change in drug treatment services. The phrase ‘parked on methadone’ seems to have forced a change in philosophy.

Service providers now win contracts for drug treatment services if they are ‘aspirational’, and if they follow a ‘recovery’ based agenda. The six heroin users who died were under the care of the private organisation Crime Reduction Initiatives (CRI), who took over from the NHS in this role in September 2014. I received this from a CRI press spokesperson:

As a recovery-oriented service, we try to inspire service users to work towards abstinence as a goal, and to help them appreciate the value that abstinence can bring to their health and wellbeing. However, we believe in choice and will support service users on longer-term treatment journeys if that’s what they choose. Respecting the wishes of our service users and creating a safe, supportive and non-judgemental environment is an integral part of our ethos and service delivery

There is no mention of harm reduction in that statement. Harm reduction has always been about ‘recovery’ – I have known countless drug workers, counsellors, charity workers, and doctors, who have always been working towards recovery. The first principle of recovery is to keep someone alive and safe; rehabilitation can only come second to these imperatives.

I spoke with a doctor, who worked for CRI for several months, having previously carried out the same role for the NHS. This doctor, who wishes to remain anonymous, left the services of CRI because of his frustration with the service they were providing. Indeed, many of the doctors have left, leaving a situation where agency doctors are employed, and of those most only last between four to six weeks before leaving.

My good doctor explains that, with drug and alcohol services now being managed by the public health department of local councils (rather than the NHS), the tendering for those services is decided by councillors who have no idea at all about problematic drug and alcohol users. CRI are driven by cost and reportable results – this is a lucrative £13.5 million business contract after all. Guidance for those commissioning services is now provided by the Joint Commissioning Panel for Mental Health.

The doctor informs me that CRI ignore dual diagnosis, so where substance misuse and mental health problems are diagnosed, only the substance use is treated.

There is no budget for harm reduction. Six weeks off heroin is seen as a success, and a tick in the box for the results. However six weeks is a mere glitch in the long game of drug treatment, as most with any knowledge of harm reduction and treatment will agree.

Before CRI took over, the NHS had a team of drug workers. Each had 30 service users to look after. And look after them they did, keeping them as healthy as they could: free of Hepatitis C, visiting them at their homes, watching them and caring for their needs. CRI now allocate 75 clients to each of their currently employed drug workers. As the doctor opines, “CRI are not interested in holistic care… doctors start softly, then come on harder” (in order to achieve reductions in opioid therapy and improve abstinence).

There is of course an ongoing enquiry at CRI, and, furthermore, at the council. There is also a police enquiry, there having been six sudden deaths in a short space of time (and so more information will come out). I have the sad feeling that this tragic event, however it is investigated, will be blamed, as I stated above, on “extra strong drugs”, despite the simple facts that we already knew that the heroin was strong. The 2014 United Nations report told us that the heroin is in abundance, and therefore strong [the 2015 report shows opium poppy cultivation decreasing for the first time in years, but this has not led to any reported shortage on UK streets]. The local police put out three months of warnings that there was strong heroin, and yet six people in the care of the treatment service provider have died. 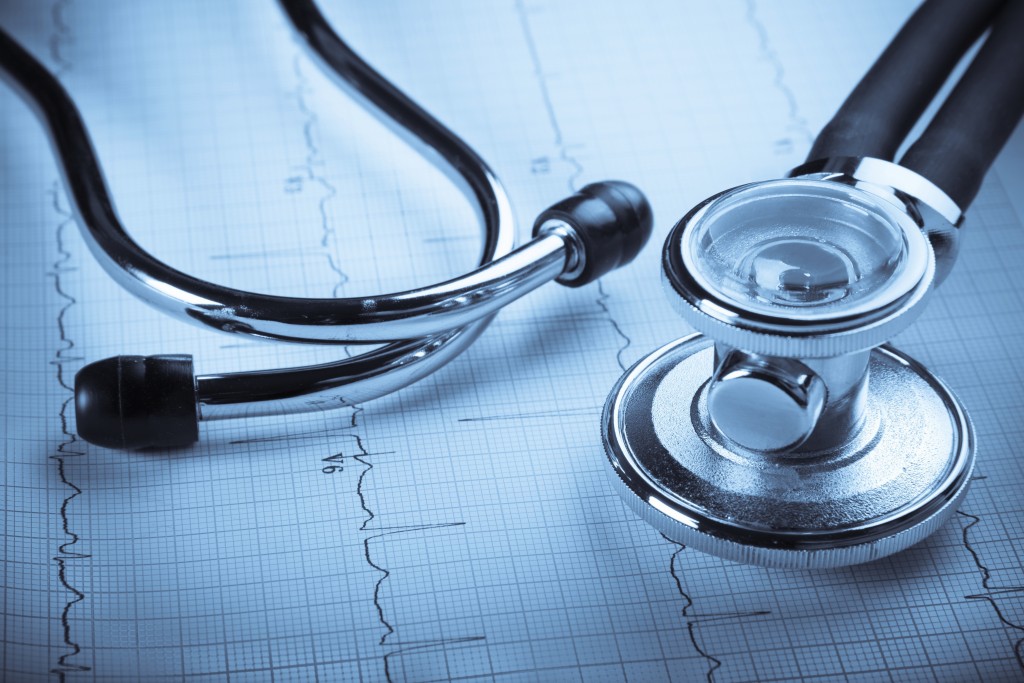 I don’t blame CRI – they are a symptom of the ideology which oversees drug policy in the UK. How many deaths will it take for politicians to change the way they measure success? Drug policy should not be measured by financial savings, or by quick-fix illusory recovery. The failure of policy should be measured by the dead bodies. Case in point: heroin deaths increased by 32% between 2014 and 2015.

These six deaths would not likely have happened in Portugal, where the decriminalisation policy has led to a dramatic drop in drug induced deaths. Shifting drug policy away from policing and into health, they have created a system where harm reduction is the guiding philosophy. They have 3 drug induced deaths per million of the population; the UK has 44.6.

In Vancouver, Canada, the deaths would not have happened, because they have supervised injection sites and prescription heroin. Any overdose can be immediately treated with Naloxone, and the user’s life is saved. The same goes for Switzerland, where heroin overdoses are a thing of the past – a country where 80% of those people who went on their first HAT (heroin assisted therapy) in the mid 90s have gone on to be free of heroin in the long-term. And the remaining 20% who are still on state provided heroin since then? They are supported, and free of the exploitation of gangsters – they may even be happy. Heroin treatment in Switzerland remains amongst the best in the world, with HAT a constant tool replicating the success of their first batch of service users.

The Swiss drug policy was based on the work of John Marks, who for ten years ran an experiment, prescribing heroin to all of the problematic users in the Wirral. Over that decade he observed the health of those users improve. The local police noted a dramatic 93% drop in acquisitive crime (i.e. theft and burglary).

Most importantly, however, Dr Marks noted no new users during that time, which, during one of the biggest growth periods in the illicit heroin market both regionally and nationally, is remarkable. Why were there no new users? Because addicts didn’t need to sell heroin to pay for their own habit, and because all of the professional dealers went elsewhere for lack of a market. Interesting how one nation can use such evidence to inform policy, and yet here in the UK, Dr Marks is largely forgotten.