Have British People Forgotten How To Protest?

In a recent article for Volteface, I wrote about the history of the government e-petitions system, and argued that calls for its abolition are ill-thought out and illogical. Part of the reason, I argued, is that petitions themselves are not the problem. Rather, it is that the British people have forgotten how to protest.

We have had it easy for a long time, and as a result few people really consider the laws of the land to have much of an impact on their lives. The vast majority of us can live out our days without ever having to worry about having our doors unceremoniously divorced from their hinges, or our freedoms taken away by unaccountable jackbooted police forces.

We are not Russia, where domestic violence laws are being tampered with, or Romania, where the decriminalisation of government corruption has led to mass protests over the past few weeks. We are the UK. We keep a stiff upper lip, and if a complaint is absolutely necessary it is delivered in the form of a stiffly worded letter.

But there is a puzzle here. If, historically, it can be said that the British attitude towards political protest comes from a feeling that us citizens have got a pretty good deal overall, and really shouldn’t complain, then what happens when that nightmarish scene – thought to only exist in less stable nations – of dawn raids enforcing immoral laws really does become a reality? 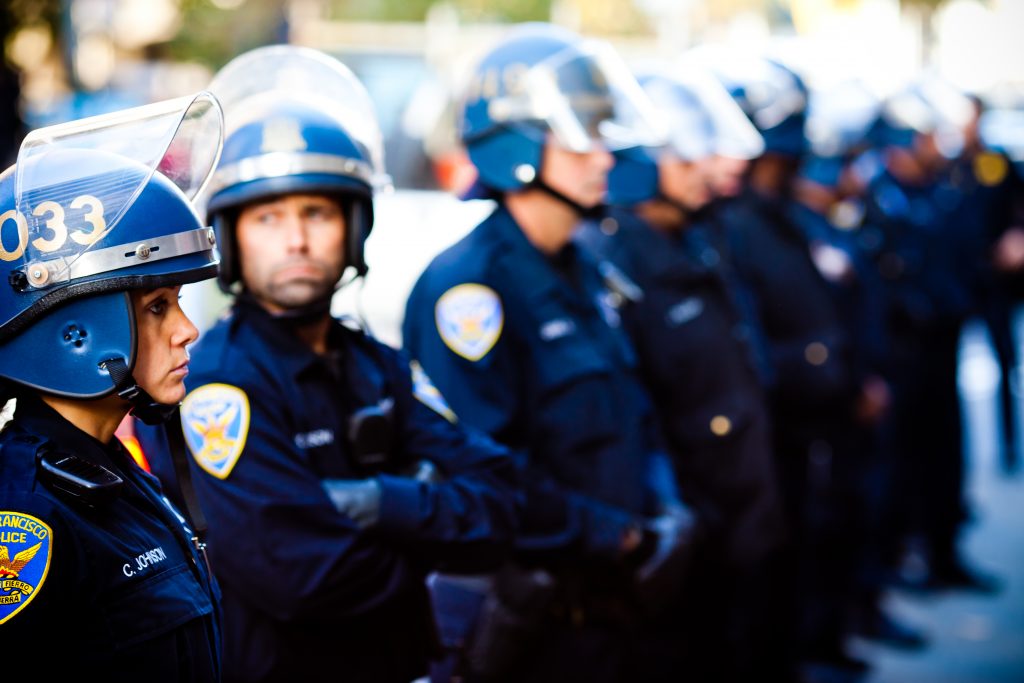 The answer seems to be simple – it is ignored. After all, drug policy reformers have long argued that this kind of scene is entirely emblematic of prohibition. The police state kicking down doors and dragging people off to prison for imbibing forbidden drugs in the privacy of their own homes is exactly the kind of draconian policy that should, in theory, provoke outrage. And yet, for decades, there has been very little.

There have always been a small number of people dedicated to changing the law, but they have always been outnumbered. Not by full-blooded, died-in-the-wool prohibitionists, but by the apathetic masses. And therein lies the real problem: people just don’t care. But what’s really weird is that even the people who you would expect to care greatly – the drug users themselves; victims of the government’s heartlessness – do not seem to care either. At least not in anything nearing substantial numbers. Naturally, when there is so little opposition coming from those actually being oppressed, it’s not difficult to see why there might not be much of a desire to change things from those on the outside either.

But why do drug users seem so reluctant to organise and protest? There are of course many reasons, and many examples of drug users who have done just that with some positive effect. But for now let us focus on cannabis, the most popular illicit drug in the UK by far. There are plenty of cannabis law reform groups out there, and from inside them it can seem as though you have the backing of thousands, if not tens of thousands, of fellow cannabis users willing to fight the good fight. But the reality is that, for the vast majority of cannabis users in this country, activism isn’t even on their radar.

One reason for this is simple self-preservation. No one wants to put themselves at risk if they can help it, and getting busted for growing, using, or selling cannabis is not a good look for anyone. But more than this, it seems to be that the real reason people don’t want to get involved is that they don’t see any need to. Their drug of choice is plentiful, easy to obtain, and (if you’re prepared to shop around) usually pretty good quality. And, crucially, the chances of getting locked up, or even given a criminal record, are extremely slim. Don’t draw attention to yourself, and you can easily become self-sufficient when it comes to cannabis, with very little risk.

Perhaps this explains, in part at least, why the issue of cannabis policy reform has seemed so stagnant for so long, with little if any progress being made beyond the occasional celebrity call for change. The fact is that for the overwhelming majority of people – even cannabis users – drug laws don’t affect them. The stats bear this out: Between 2010 and 2015, arrests for cannabis possession in the UK fell 46% from 35,367 to just 19,115. Cautions fell by 48%, and the number of people charged fell by 33%, despite the level of cannabis use nationwide remaining level.

These numbers are still far higher than they should be, but what they represent is a reality in which, for many people, their cannabis use is already practically decriminalised. Naturally, the desire to protest a harmful law is diminished when that law is rarely enforced, and this creates a problem for reformers: Would it be better if the law was enforced more harshly? Would a crackdown actually help the cause, by highlighting the draconian nature of punitive drug policy and pushing it in people’s faces? 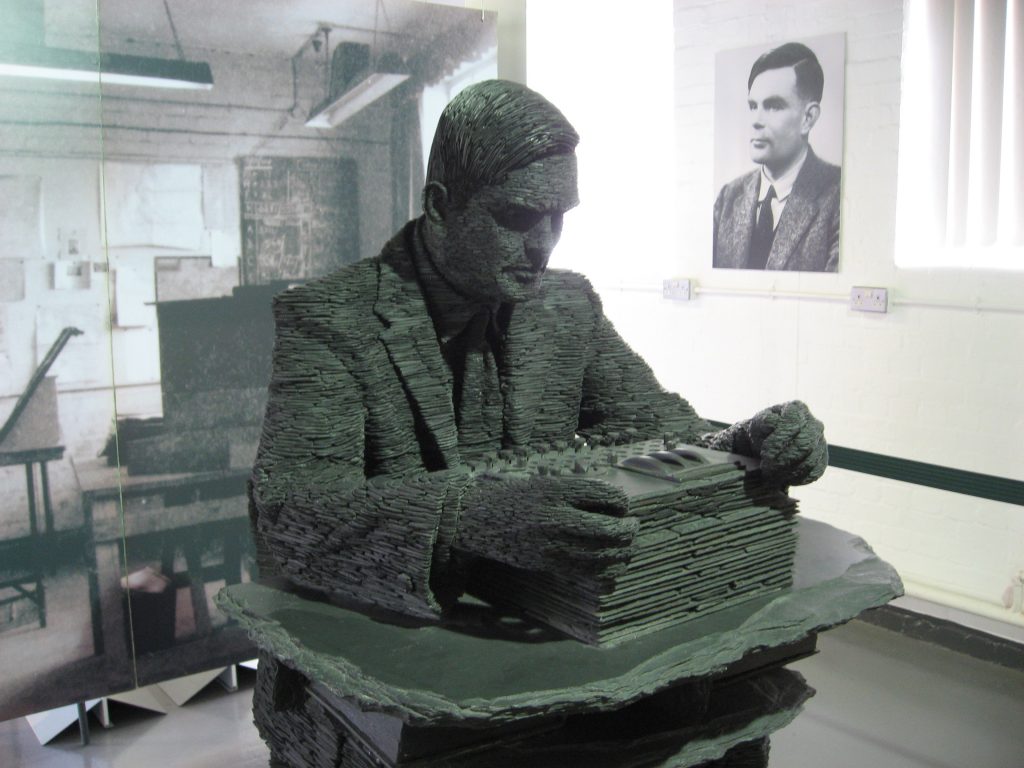 It is not a situation that is unique in history. Before World War 2, the issue of legalising or decriminalising homosexuality was far from front page news. Like current cannabis policy, the 1885 Criminal Law Amendment Act was abhorrent to many, but protests were limited in part because the actual harm caused by the law was significantly less than it could otherwise have been. That all changed after the war. Convictions began to rise, and by 1954 there were over 1,000 men serving time in prison in England & Wales for the ‘crime’ of homosexuality.

The very public and sensational trials of, among others, Alan Turing, and Lord Montagu (a Conservative Peer convicted of “conspiracy to incite certain male persons to commit serious offences with male persons”) helped to shift the public mood from one of indifference to one of anger, and forced the Conservative Government of the day to establish a Departmental Committee to consider homosexual offences as well as prostitution. The Committee was headed by Sir John Wolfenden, and on September 4th, 1957, it published what became known as the Wolfenden Report, which recommended that “homosexual behaviour between consenting adults in private should no longer be a criminal offence.”

The report’s recommendations were not of course immediately adopted. But it was undeniably pivotal in changing the way that homosexuality was viewed both in public and in Westminster, and paved the way for the passing of the Sexual Offences Act 1967, which – a decade after the publication of the Wolfenden Report – finally decriminalised homosexuality in the UK.

Now of course, I am not suggesting for a minute that I’d like to see a major crackdown on cannabis users in the hope that it might lead to legalisation. The cost paid by those caught in the crossfire would be too great, just as it was for the young men locked up in the fifties for being gay. But understanding the reasons why current protest against punitive drug policy is so lacklustre is key to changing that fact. And it seems obvious that one of the things holding people back from protesting is that the law just doesn’t affect them.

Ultimately, those people – and the public at large – need to be convinced that drug policy does affect them. They may not be getting their door kicked in, but in a myriad of other ways, the fact that we lock people up for drug use really does affect them. From creating violent gangs that terrorise neighbourhoods, to hitting taxpayers in their wallets, to the breakdown in the relationship between the police and the general population that occurs when the former become the aggressor in a war, drug policy affects everyone. If we can find a way to make people see that, then we may be able to begin to produce the same kind of public pressure that led to the Wolfenden Report.

Drug Checking – How People Use It And What Do They Learn