Last week, Buzzfeed’s Tom Chivers met with Lee, one of May 2016 mayoral hopefuls. Lee showed Chivers around his headshop ‘Alchemy’ on London’s Portabello Road. You can read Tom’s full article over on Buzzfeed.

Harris is an interesting character, a man of dualities. Now in his late 70’s, the South African has had an eventful life, and that’s not about to change. Now an advocate for the legalisation of cannabis, this headshop owner turned political figure was once on the other end of the spectrum – seeking to prohibit the use of drugs. This was a position that would come to haunt him later in life as he saw the damage prohibition could cause, Harris told Chivers,

“I was a moralist,” he says. He is 79 now, and grandfatherly, standing behind the counter of Alchemy, the head shop he runs on London’s Portobello Road, a Buddhist pendant around his neck, spliff-rolling papers and bongs all around him.”

“I saw the mods taking their pep pills [amphetamines], 16- and 17-year-olds taking 80 pills over the weekend. So I got in touch with the MP for Paddington, Ben Parkin.” Harris’s intervention, at least according to one criminologist, began a sequence of events that led to the 1964 Drugs (Prevention of Misuse) Act. “I started off as a moral crusader.” 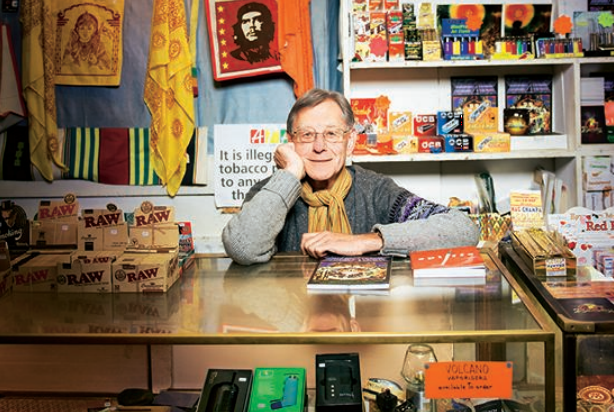 Harris goes on to explain the motivation behind his initial stance on drugs – and how his views changed when he saw how this Drugs (Prevention of Misuse) Act began to have a negative effect on those around him. He tells Chivers how he began to see himself becoming what he hated most in South Africa during apartheid.

“One of my friends ran a club there, Ronan O’Rahilly of Radio Caroline, and he was raided. All the kids dropped their pills and he was sentenced to 15 months for running a disorderly house.” Harris went to visit him in prison. “I thought, god, what harm I’ve caused my friends.”

The heavy crackdown on drugs under the act even affected Lee himself.

“I suffered myself. My first criminal conviction was cannabis in 1967, coming out of a club when I’d been doing lectures. I had a tiny piece of cannabis, a five-shilling deal, 25p, and a plainclothes policeman grabbed me and searched me. No uniform, just a card, grabbed me and threw me against a wall, and gave me a £30 fine.” 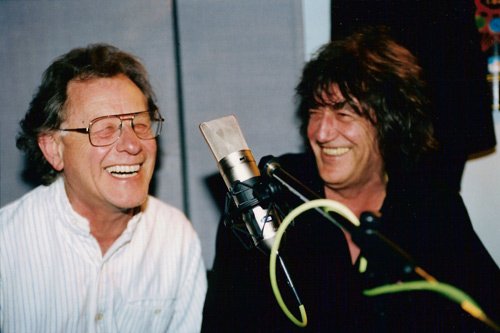 One point that Harris and Chivers discuss that is of particular importance to drug policy reform, is how closely linked prohibition and racial tensions are.

The drug laws, he thinks, are behind a lot of the racial tension in Britain today.

“When I was busted, I saw so many black people being brought in for smoking. So many people being stopped and searched. In South Africa black people had a slogan: ‘Police raids, police state.’ And when I came to England I found police raiding people’s homes, stopping them in the street.

Over the last few weeks, in the United States, we have seen the joining together of the Black Lives Matter and the drug policy reform movements. At the International Drug Policy Reform Conference 2015 both took to the stage to discuss the interlinked trajectories of their campaigns. As the debate advances in the UK we will probably see a similar trend form.

[clickToTweet tweet=”Anti-apartheid activist and drug policy reformer Lee Harris is London Mayor hopeful.” quote=”With a lifetime of campaigning and advocacy experience, be it anti-apartheid, anti-drugs or pro-cannabis, Lee has taken the decision to stand for London Mayor.”]

Chivers gets Harris to elaborate on his new campaign to be London Mayor and the political party CISTA he is running for.

He doesn’t know what their other policies are, beyond ending the war on drugs, “but I presume we’ll have to work them out, on housing and the other problems for London. Gentrification will be a very big thing.”

CISTA (or Cannabis is Safer than Alcohol), is the creation of Paul Birch, a UK tech entrepreneur and drug policy reform advocate. CISTA are putting a candidate forward next May as possible London Mayor, and Lee is amongst the hopeful candidates. The final candidate is being chosen this November. You can watch Lee’s video below and like his Facebook page here.

Read the full article from Tom Chivers over on Buzzfeed.