In recent years, there has been a significant increase in demand for the treatment of cannabis-related problems.

Whilst most cannabis users experience little or no harmful effects, there are certain risks including developing a dependency, memory impairment and psychosis. And with global numbers of people using cannabis on the rise and potency increasing, there is a growing number of people experiencing these problems.

However, with cannabis regulation becoming a reality for a number of countries around the globe, a new opportunity for harm-reduction presents itself. It is important to explore the methods of reducing harm, especially in terms of how a regulated market can help facilitate change.

These methods of making cannabis safer are explored by an important paper published in the Lancet Psychiatry on Wednesday 1st March. The main focuses of the study are on vaping instead of smoking, not using tobacco in joints and developing strains of cannabis containing a balance of CBD and THC.

Research has found that cannabis with a high concentration of the main psychoactive substance THC to be more harmful in terms of causing the three main risks mentioned previously. By contrast, the other main ingredient, CBD is non-intoxicating and potentially therapeutic. Getting the balance between these could be key to safer cannabis.

The man behind the article is Dr Amir Englund, a researcher at King’s College London at the National Addictions Centre and department of Psychosis studies. He has a PhD in cannabinoid psychopharmacology and is now conducting post-doctoral research. We called Englund to ask him about the article and what it means for policymakers in a regulated context. 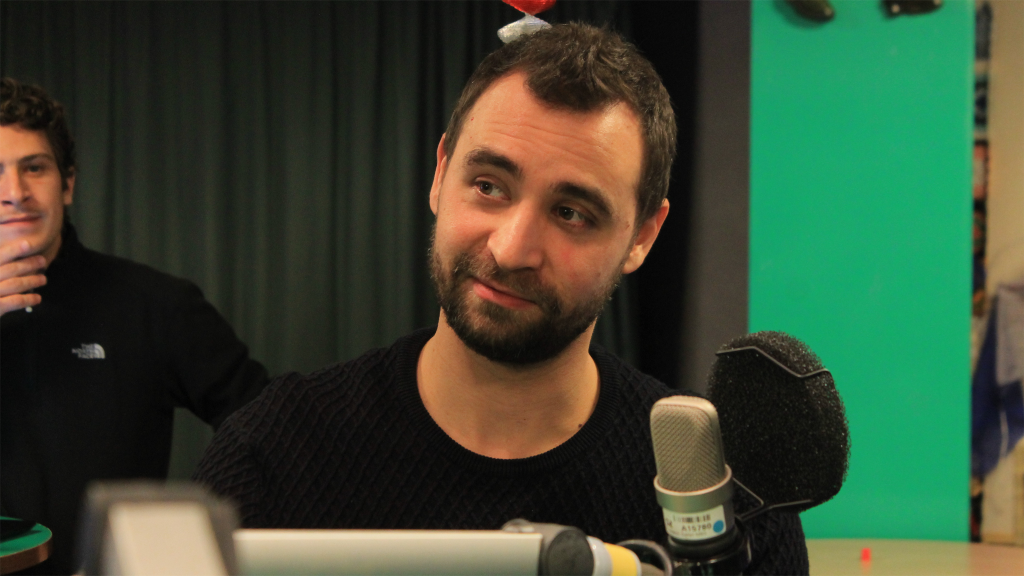 Volteface: Could you tell us a bit about what the study involved?

Dr Amir Englund: So this wasn’t a research paper, it was a personal view article – we looked into the literature on the selected topic and came up with some suggestions, both in terms of how we think we can make cannabis safer but also what new research needs to be done to help us understand what we can do to reduce the harms of cannabis use.

And what did you conclude?

The main conclusion was that we need more research to be done specifically on different types and strengths of cannabis. It is something that has not really been looked at in detail, apart form in the last six or seven years, where research groups looked at cannabis potencies and asked people which type of cannabis they use. They usually then matched them to the seizure data of cannabis in the country and found differential risks for dependence, psychosis, memory impairment and so on.

We need more of that kind of research and it needs to be a bit more accurate, so preferably researchers would able to obtain samples of cannabis from their participants and analyse them in the lab. A team at UCL has done this a few times in the past. It would be really useful for an epidemiological point of view to have that data with those kinds of studies.

One of your suggestions for reducing the risks associated with cannabis was around developing strains of cannabis containing both THC and CBD. Do you think addiction is more of a concern, or psychosis? And how does CBD content help?

Well, addiction is far more prevalent. Around 9% of people who have tried cannabis at one point develop a dependence on cannabis – so it happens to more people. But in terms of severity, psychosis is more severe – especially if you end up with a psychotic illness. Obviously, we can’t say that cannabis use causes psychotic illness but it’s a component cause and if you have a lot of other risk factors of psychosis it might push you over the edge.

But what we’ve found in a couple of survey studies is that users of lower potency varieties that also contain a decent amount of CBD don’t really show the same risks of psychosis or dependence as do the ones that smoke the high potency, THC-only variety of cannabis. That is what we can see from observational studies, but we also have some experimental studies. Our team at King’s College have done an intravenous THC study where healthy volunteers were administered quite a high dose of THC where half of those participants also got a tablet of CBD before the injection and the other half had a placebo tablet. Now, what we saw is that 42% of people getting the THC experienced low levels psychotic-like symptoms and they became paranoid. Their performance on a word-learning task -where you remember a list of words and have to repeat them 20 minutes later – dropped by about 11%. Meanwhile in the CBD group, there was no increase in paranoia, 14% of people experienced some kind of psychotic-like symptoms and the memory-impairing element of THC were not experienced. So both in experimental and population-based studies we see evidence that CBD can protect against the negative effects on memory, on psychosis, paranoia and potentially addiction as well.

What should this mean for policy in countries where cannabis is becoming legal?

What we know from cannabis as a plant is that both THC and CBD are made within the plant with the same precursor material, so if you want more of one compound it’s going to be at the cost of the other. If you want to maximise THC, there is nothing left for CBD and vice versa. So, by increasing CBD level, you would also decrease THC level in the plant and those might both be good things. We know that high THC is not a good thing and we know that the addition of CBD is a good thing. What kind of ratio or potency are we talking about? We don’t have that kind of information yet; we need even more research to get closer to some type of guidelines. But generally, policymakers should take into account THC level and in the article, we propose that they might want to consider a THC tax – so tax cannabis by the potency of THC – and also consider some incentive for including CBD.  How much CBD should be included? We don’t know yet but we’re starting some new research here at the institute where we will explore different THC:CBD ratios. 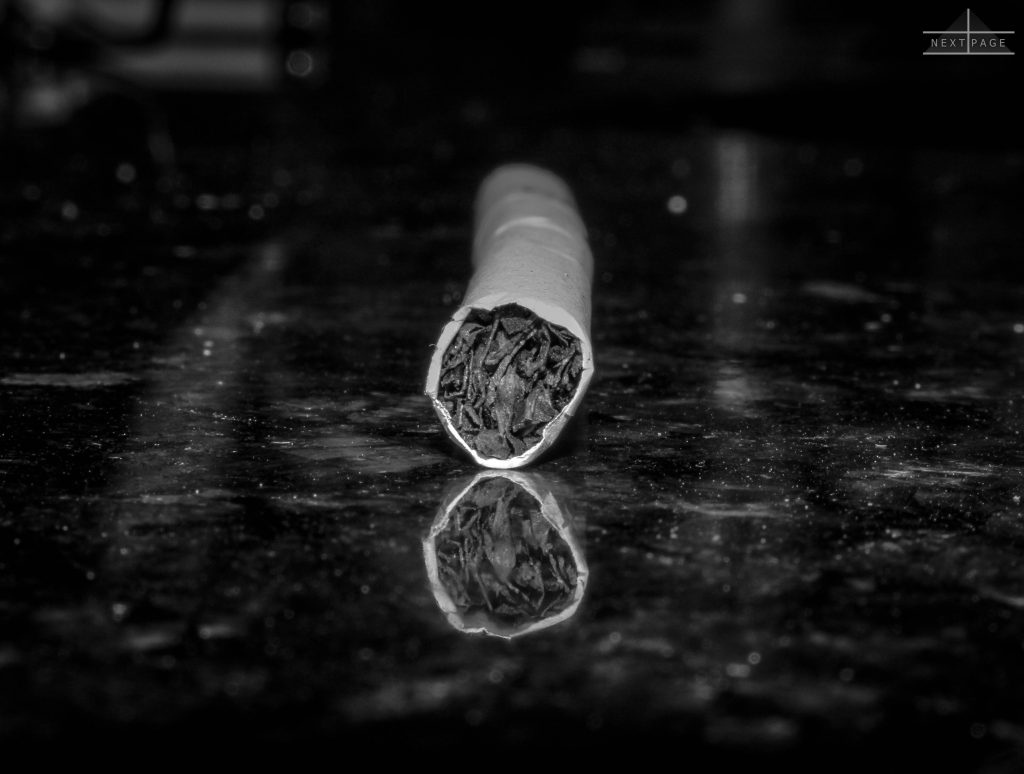 The mixture of cannabis with tobacco has been highlighted as a point of concern. (Flickr – Next Page)

Can you tell me more about your other suggestions – not smoking cannabis with tobacco and the use of vaporisers?

Tobacco is one of the most addictive compounds that we know of and, particularly in Europe, cannabis users use cannabis together with tobacco. There is a known increased risk of developing a tobacco dependency through using it with cannabis and obviously we don’t need to repeat the great health risks associated with tobacco use, so avoiding that is always a good thing. But there is also evidence from both human and animal studies to suggest that you are also more likely to become addicted to cannabis when smoking it with tobacco. This has been shown in animal studies where the combination of nicotine and THC was more dependence-causing in mice.

Then we come to vaporisers. We know that combustion of leaf material produces a lot of harmful compounds. When using vaporisers, you heat the cannabinoids in the plant without producing any smoke and it is estimated that you inhale about 95% fewer harmful compounds compared to smoking it. Obviously neither is great, but if you have to pick one, vaporising is definitely better.

So, what are the implications of these findings for countries that are starting to regulate cannabis?

Well, in countries where they will regulate or are regulating cannabis, they have a lot of options available to them. They can encourage vaping behaviours by making them easier – by having devices available for instance. This helps people make healthier choices, as with the introduction of e-cigarettes to try and minimise harm from tobacco. There might be educational campaigns to try and divert people from smoking cannabis joints with tobacco or in pipes, rather than going for a vaporiser for instance. I mean that would probably have a bigger effect on the heavier user rather than the occasional user. Obviously, these devices cost a bit of money, so the occasional user might not feel like it’s worth investing, but it might be the case for a more frequent user.

One thing that we’re hoping to get is a push towards more research into this area, particularly more accurate research where we can work towards a cannabis use guideline as we have for alcohol. As you know, in the UK we have a suggestion that you don’t exceed 14 units of alcohol a week and it would be useful to have similar guidelines for cannabis. Especially for countries where it is regulated, it would be good to know roughly how much of each potency cannabis is harmful and to try and avoid that. And information about methods of consumption – not using it with tobacco, using vaporisers or maybe edibles etc. And obviously should include information about the risk of being in an accident if you drive under the influence of cannabis. So, the aim from this point is for further research to give us more accurate data from which these guidelines can be drawn.

Dr Amir Englund is a Postdoctural Research Associate at the Institute of Psychiatry, Psychology and Neuroscience at King’s College London. Tweets @AmirEnglund

Abbie Llewelyn is a staff writer at VolteFace. Tweets @Abbiemunch