Psychedelics are becoming a big talking point; in the topics of science, spirituality and drug policy, they’re a big deal.

Some of the most enthusiastic commentators say we’re witnessing a ‘psychedelic renaissance’, as we see more and more encouraging scientific findings or personal accounts of spiritual enlightenment. The big names like LSD, psilocybin and ayahuasca are driving this surge of interest in psychedelics. But a little-known plant from Mexico may hold just as much potential medical and spiritual benefit as any of the classics. 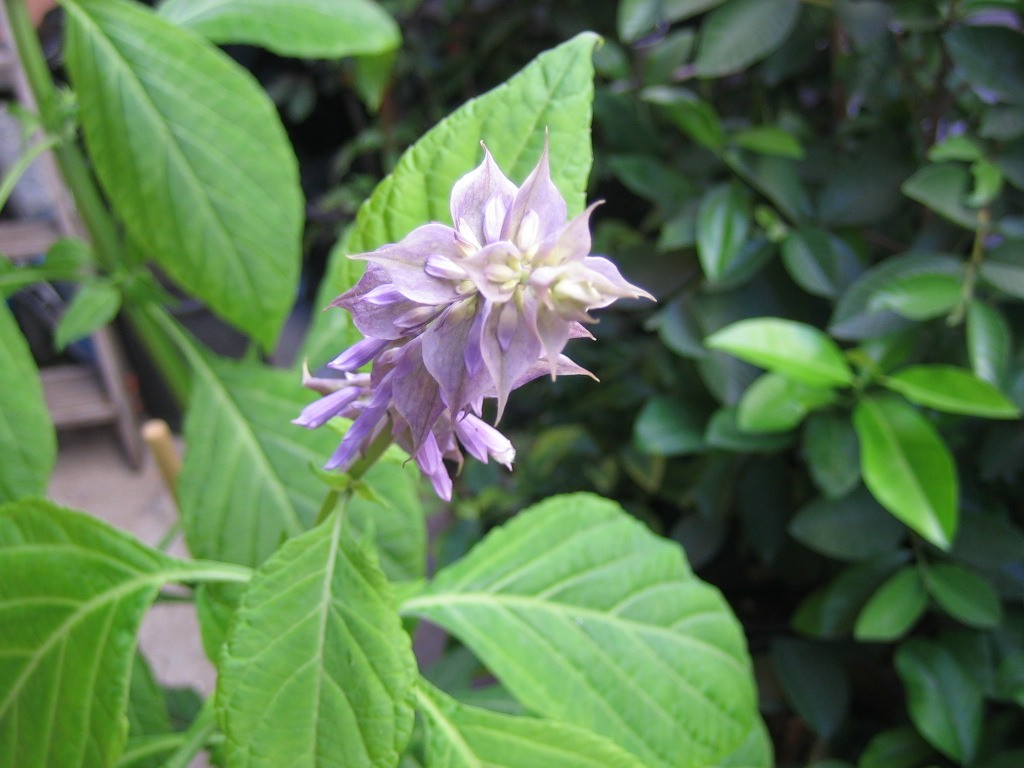 Salvia divinorum is a small, flowering plant that grows in tropical climates. It was first noticed by the scientific community when Albert Hofmann, creator of LSD, journeyed into the Oaxaca region of Mexico in search of a revered plant never before seen by foreign eyes. He had heard stories of secretive groves guarded by Mazatec priests where the sacred plant was harvested, to be used in religious healing rituals. It was known as Ska Maria Pastora (Leaves of Mary the Shepherdess), named after Christian influence, although the plant is thought to have been cultivated long before Christianity came to Mexico. Hofmann was never allowed to see the groves where Salvia was grown, but a nervous shaman agreed to allow his involvement in a private healing ritual. After experiencing Salvia’s psychoactive effects first-hand, Hofmann took a cutting of the plant back to his lab to analyse. Salvia was introduced to the western world. 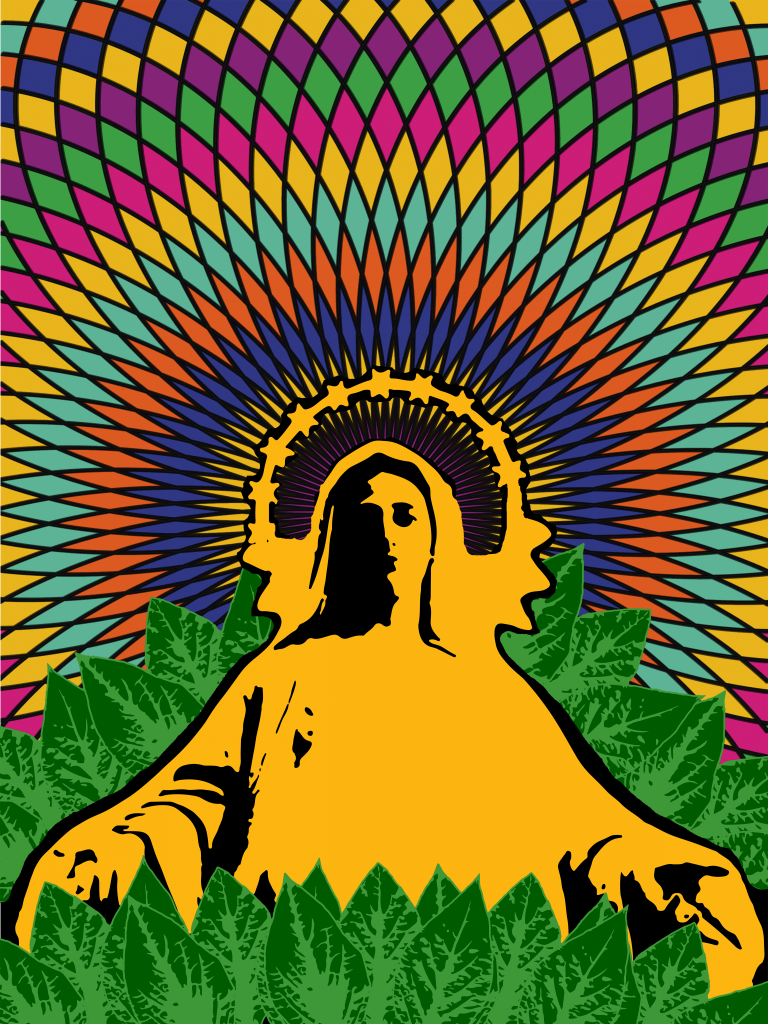 Salvia divinorum was used in religious ceremonies with a Christian influence. (Source: thepsychedelicscientist.com)

Traditionally Salvia is ingested by chewing the leaves; this sends the user on a psychedelic trip that can last hours, and can invoke spiritual and religious experiences. Modern recreational users typically smoke concentrated extracts of Salvia leaves, producing a more intense experience that only lasts a few minutes. Along with the effects of classic psychedelic drugs such as hallucinations and a loss of sense of self, Salvia can induce feelings of confusion, introduce bizarre new realities, and make users feel they are merging into objects or their environments.

The unique psychedelic effects of Salvia are backed up by its unique pharmacology. Salvinorin A is the active compound in Salvia leaves. Unlike the classic psychedelics, which activate many receptors (but mainly the 5-HT2A receptor), Salvinorin A only activates one receptor; the Kappa-Opioid Receptor (KOR). No other naturally occurring substance has been found that exclusively activates the KOR. If that isn’t unique enough for you, Salvinorin A is also the most potent naturally occurring hallucinogen, with only microgram-sized amounts required to have psychoactive effects in humans. 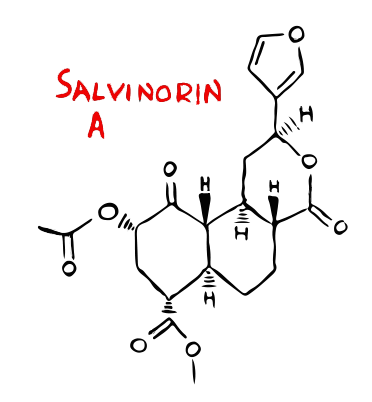 The KOR is found in many parts of the brain, but is expressed very highly in one place in particular; the Claustrum. This part of the brain has seen a lot of interest from cognitive neuroscientists recently, who believe that it may hold the key to unlocking the mystery of consciousness. The Claustrum links up many important parts of the brain involved in cognition, such as vision, movement and sense of self. It’s believed that Salvia causes the Claustrum to temporarily release its hold on all these aspects of consciousness. It’s likely that this ‘dissolution’ of our typical conscious functioning is what causes the psychedelic effects when ingesting Salvia. Since many scientists are investigating the Claustrum right now, Salvia could prove to be a useful tool in discovering how our brains generate consciousness. 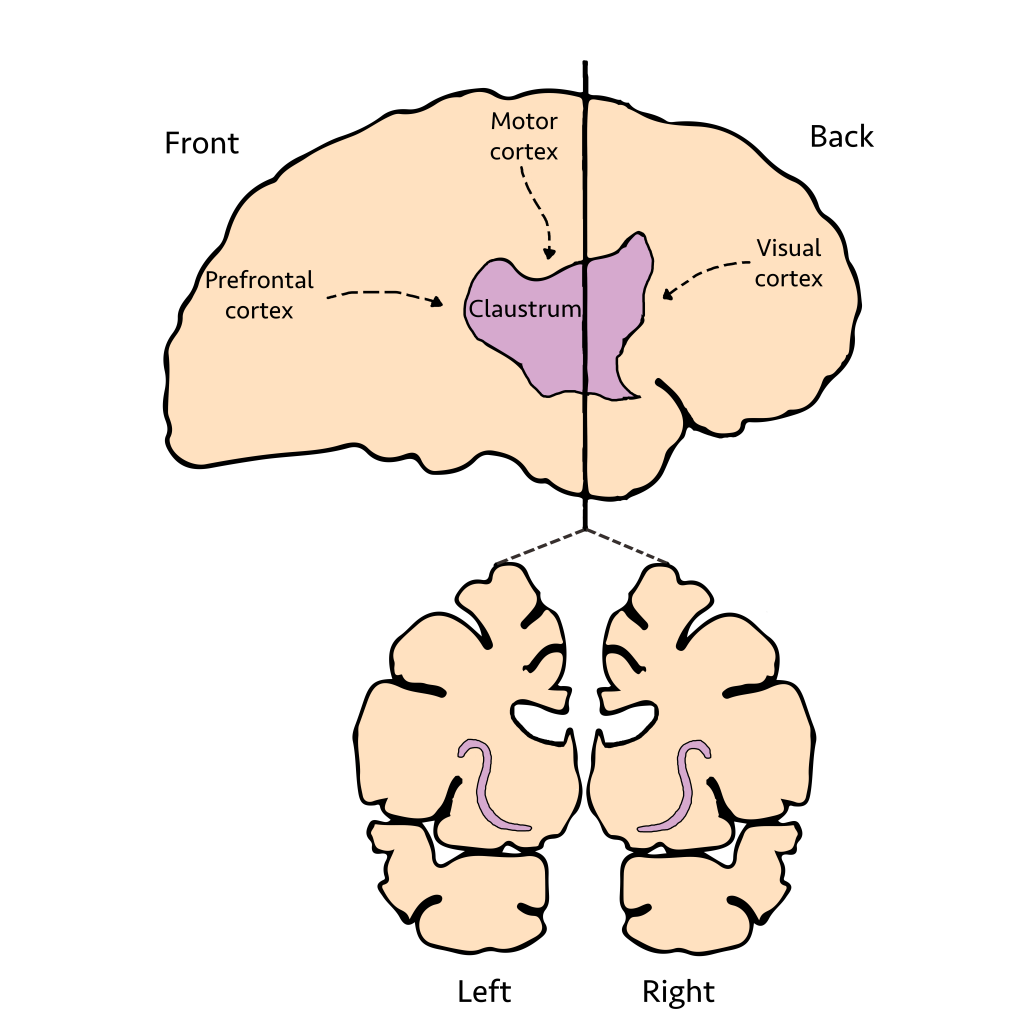 (Source: the Claustrum is a thin sheet of brain matter that takes inputs from important brain regions. Photo: thepsychedelicscientist.com)

Although we know where the KOR is in the brain, we still don’t know a lot about what it actually does. It’s a cousin of the better-known Mu-Opioid Receptor (MOR), which is activated by addictive and painkilling drugs like morphine or heroin. Scientists think the KOR may have a natural role in fighting addiction, counteracting the effects of the MOR. In fact, Salvinorin A has been found to help fight cocaine addiction in rats, and could help scientists develop a treatment of addiction in the future.

Salvinorin A could also help scientists in another important avenue – the treatment of pain. Typical painkillers like morphine are highly addictive, and prescription painkillers pose a huge addiction problem in the US. Scientists would love to develop a drug that treats pain without being addictive. Amazingly, Salvinorin A has been shown to have painkilling effects without being addictive. Currently many researchers are working on creating a form of Salvinorin A that could be used in humans as an effective, non-addictive painkiller. 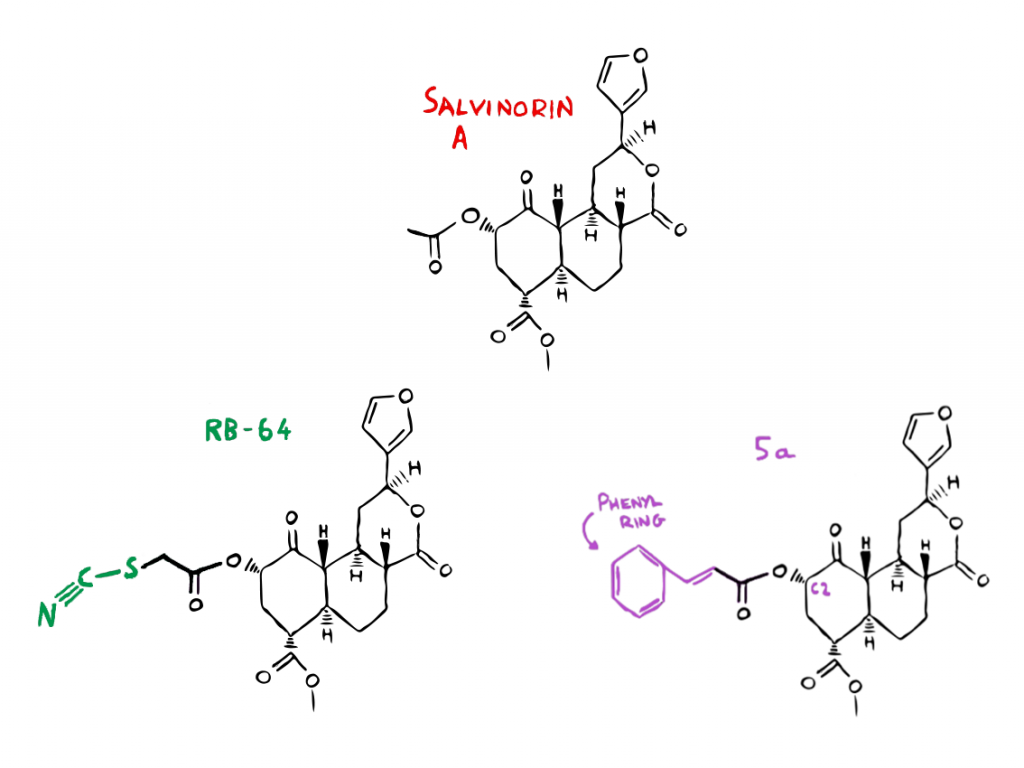 These analogues of Salvinorin A are currently being investigated as potential non-addictive painkillers. (Source: thepsychedelicscientist.com)

Need more evidence of Salvia’s potential? One day it could even be used as a novel treatment of depression. Studies in mice have shown some promising anti-depressive properties, while a case report suggests that some patients could benefit from using the plant to treat their depression.

Given that Salvia has all this medical potential, you’d think it would be easy for scientists to get their hands on it. But despite no evidence of toxicity or long-term harm, and a long history of safe traditional use, Salvia is illegal in many countries. Here in the UK, the recent Psychoactive Substances Act has added Salvia to a growing list of illegal substances (along with pretty much everything else). Unfortunately, this will make it harder for scientists to study the potential curative properties of this unique plant.

Hopefully the current ‘psychedelic renaissance’ can push back against nonsensical drug policy, and allow scientists to uncover the medical potential of plants like Salvia. Nature has often provided us with the means to cure disease and improve our lives; it seems absolutely insane to block our own progress. Salvia could be an important building block in our journey towards a better society.