When it Comes to the Illicit, Pop is Getting Less Explicit

In the musical landscape of 2016, you might find yourself hard-pressed looking for artists who flaunt their acts of hedonism – especially not mainstream ones.

Not so 50 years ago, when groups like the Rolling Stones embodied the idea of admirable excess: that glorious lifestyle that was “sex, drugs, & rock’n’roll”. This month has seen London’s Saatchi Gallery playing host to Exhibitionism, a retrospective focused around the Stones, showcasing the remarkable half-century of the band’s existence.

But what exactly has changed between then and now? Why is Keith Richards’ drug-abuse essentially the subject of reverence, while Miley Cyrus gets eye-rolls when she waxes lyrical on her love of ‘molly’? 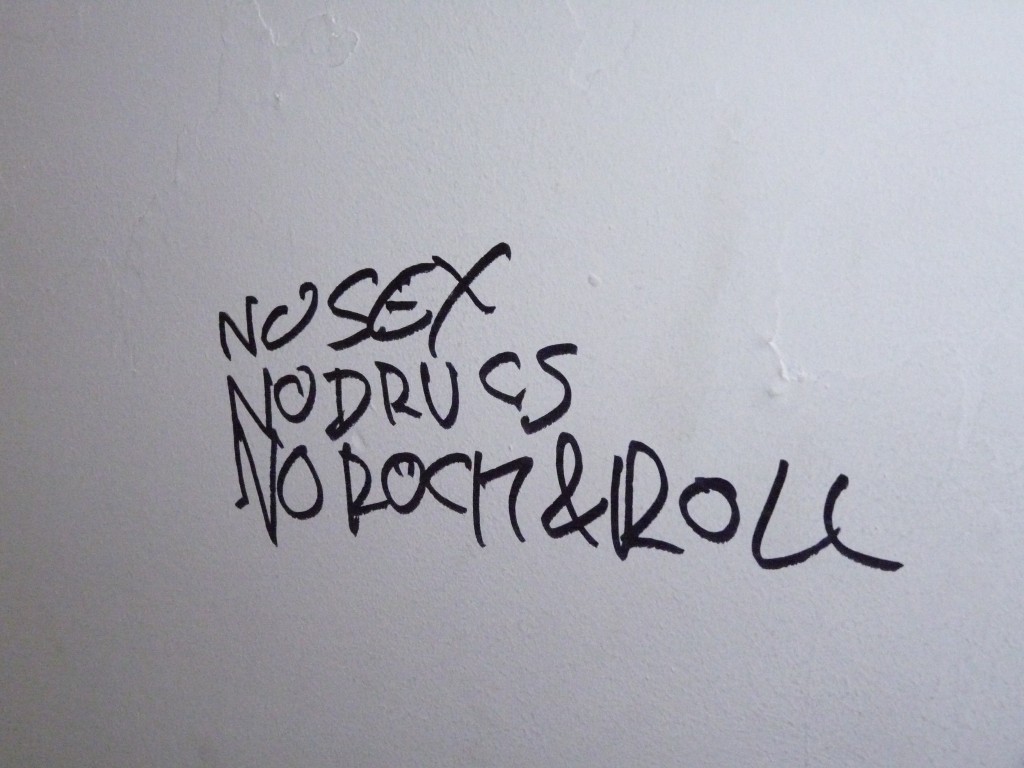 I admit, that comparison is a little off the mark – a member of a game-changing rock band who writes his own songs versus a former child-star-turned-pop-anarchist is, of course, going to be considered in very different ways (there are also valid points to be made about sexism here, but that would make for serious digression). There’s no question that, when Keith and the lads were all up to their tricks back in the day, it was different, it was exciting, and it’s a history that has since become mythologized and eulogised. But – clearly – times have changed.

In an interview with Spin earlier this year, Miles Kane of the Last Shadow Puppets was rightly called out for sleazily coming on to his female interviewer, and while many online commenters came to his defence with stuff along the lines of, “come off it love – that’s rock’n’roll!”, the underlying message seemed very apparent. The journalist, Rachel Brodsky, was a woman in the music industry doing her job, and for Kane to behave in such a manner was grossly inappropriate – if it was “rock’n’roll” then it seems “rock’n’roll” has become anachronistic. And so too is the case with drugs, perhaps – in an age of tell-all social media, the one thing even the most prominent musicians draw the line at sharing is their drug usage. The age of musicians ostentatiously glorifying their excess is seemingly dead and buried – a worn and tired trope.

Of course, there are exceptions, but these only partially explain why most artists have become more closed-off about their drug consumption.

There’s the question of authenticity – the music stars who do still talk about their love of drugs come across as try-hards. In 2012 when Madonna released an EDM album called ‘MDNA’, the unsubtle drug reference almost seemed like a cry for relevance. Indeed, be it misjudged marketing, or the artists’ own desire to present themselves as “all-grown-up”, there has also been something particularly cringe about Miley and Zayn’s sudden love of drugs. For products of the pop factory – a former Disney starlet and an ex-member of the most popular boy band on earth, entering the ‘adult phase’ of their respective careers amidst a cloud of pot smoke may come off as contrived – but it does serve a purpose. 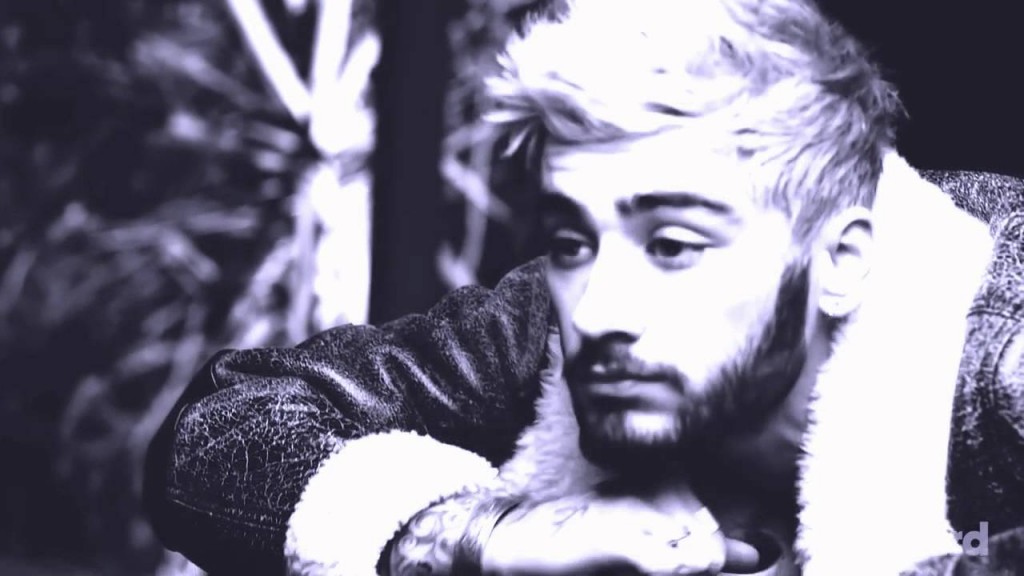 In the States, where much of the country is seemingly still under the influence of the Reagan-era “Just Say No” drug campaign, the idea of young pop stars taking drugs is seen as a terrible influence (let’s not forget the believability of 4Chan’s horrendous #cutforbieber hoax, when it seemed that teenage girls on Twitter were self-harming to try and make Justin Bieber stop smoking weed). So it makes sense for these newly independent singers to make a statement that marks a clean break with their past identity – but in the UK, at least, the most these revelations evoke are a groan. There is decidedly less taboo in the UK, and drugs are accessible to everyone at this point and not hugely sophisticated – “sex, drugs and on the dole” is the excellent refrain from The Streets’ Has It Come To This? Being ostentatious about it seems unnecessary nowadays – it’s not particularly special, and it’s not particularly glamorous.

But in spite of that, as recently as ten years ago we still romanticised drug use amongst musicians. The internet has seen a recent surge of nostalgia for indie, reminding us of the coke-fuelled in-fighting of the Libertines, lapped up by the tabloids and fans alike. In fact, every decade or so of popular music movements in the UK (up until ten years or so ago) had some kind of drug association. The coked-up pomposity of the New Romantics, the colourful strangeness of LSD-tinged psychedelia, the loved-up, Ecstasy-inspired euphoria of astounding records like Screamadelica. As much as they were about excess, drugs also seemed to bring experimentation and new sounds.

Of course, that sentiment is undermined somewhat by Keith Richards admitting last year that his use of drugs had in no way helped his creativity. The old vanguard of rock’n’roll has called it quits and rewritten the narrative – maybe it didn’t help the creative process, maybe it was just fun. We’ve seen that they all look a bit shit now, and in an age where appearance means everything it’s far more fashionable to #eatclean. People can tell nostalgic tales of drugs, but drugs don’t seem very trendy in the present. So, for this new generation, it appears as if the old mythology has passed. It may have died along with Amy Winehouse: her drug abuse wasn’t romantic, her life was genuinely troubled and we all saw it disintegrate. Amy’s death seemed the final funereal nail in the idea that addiction is in anyway glamorous. In turn, this meant that musicians who weren’t addicted but who still dabbled began to feel increasingly responsible not to glorify drug use. 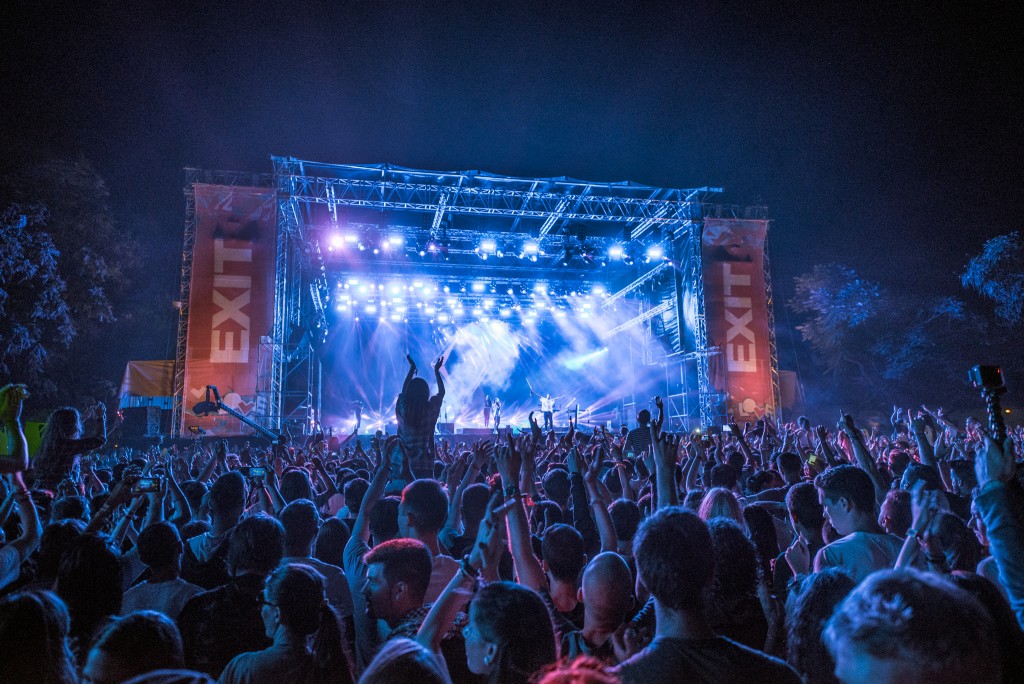 The media scrutinize everything now, lambasting Rihanna for smoking weed as being a ‘bad influence’, for example. And, as much as audiences are tired of popstars playing the rebel, do the musicians themselves also tire of having to keep defending themselves, especially when most ‘normal’ people their age are able to do the same without culpability? Is it easier now to keep drug based discussion swept under the rug, rather than have your hedonism dissected and pored over by the media?

Obviously there’s a difference between addiction and occasional decadence, but one of the founders of now defunct house and techno festival Bloc recently scalded contemporary youngsters for being boring and uptight – far too concerned with their health for their own good. It was ‘cool’ and strange when Ziggy Stardust lived off nothing but milk, coke and red peppers, but if an artist were to do that now the alarm bells would ring – but that’s not exactly a bad thing.

Times and social mores have changed, and the tropes of rock’n’roll culture have grown old and tired (if not yet entirely dead altogether). Exhibitionism is over, and to associate oneself with drugs isn’t considered as cool and rebellious by young people anymore.

For stars of the music world today, they can take as many drugs as they like: just as long as they don’t tell anyone about it.

Tara Joshi is a barista by day, a sell-out copywriter bi-weekly and a struggling freelance journalist the rest of the time. Born in India, now living in London – tweets @tara_dwmd