If you need your fix of thought-provoking drugs discussion look no further than Jason Reed’s Stop and Search podcast, in association with LEAP UK.  On Tuesday evening I attended the live recording of the latest episode Addicted to Drug Journalism, loosely based around drugs in the media, in the basement of the Waterstones on Tottenham Court Road.

While the conversation was mainly focused on the role of the media, it waded into aspects of policy, education, attitudes, harm-reduction and international developments. It also touched on some of the panellists’ own exhilarating experiences with drug journalism, including Daly’s run in with a Scottish drug lord and Power inventing his own legal psychoactive substance in a Chinese lab to make a point about the simplistic nature of British drug laws (pre-Psychoactive Substances Act).

It was dynamic line-up, with each of the guests taking a nuanced stance on issues and debating with each other in an easy and relaxed way. They were genuinely keen to hear what the others had to say (and they had read each other’s work which helps!). The host, Jason Reed, managed to successfully toe the line of being complimentary to the journalists without being cloying – one of my pet peeves is when hosts absolutely fawn over their guests. 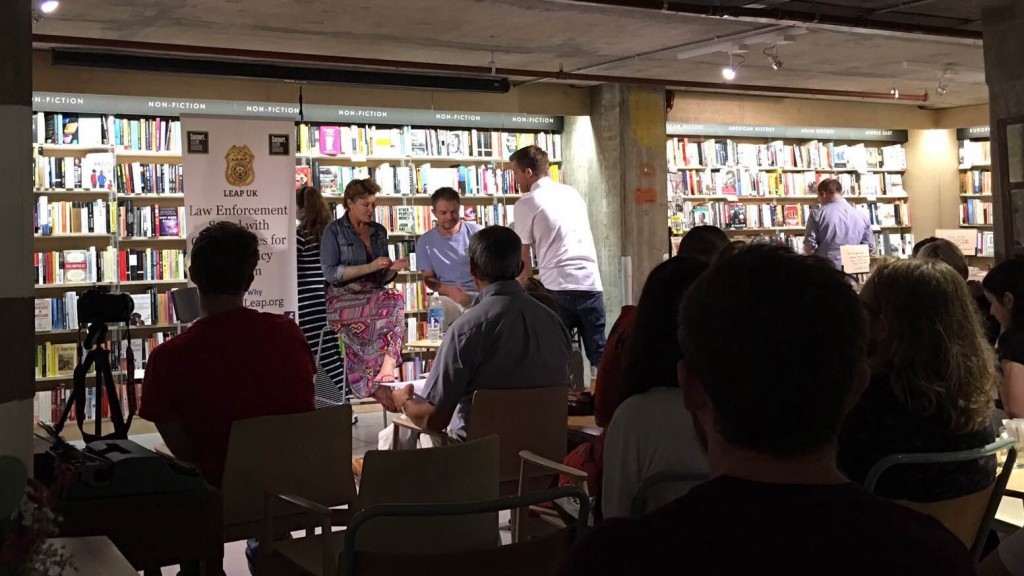 The panellists in action (Harry Sumnall)

Something that all three of the panelists do very well is smash apart the narrative about drugs, which always seems to based around crime and punishment or social deprivation. They brought the discussion to life with anecdotes of their own experiences that provided a refreshing openness and acknowledged that drugs can be fun (which is somehow left out quite a lot). There was also impressive knowledge on the panel, most notably about the global climate around drugs, which meant that their points were insightful and well-researched. My favourite topic discussed was on the extent to which the media will contribute to a change in drugs policy and whether those in the media have a responsibility in how they present drugs stories. I liked this because its a discussion you can only really get at an event like this with journalists who really know what they’re talking about, reflecting on their own industry.

I would definitely recommend giving it a listen if you want a glimpse at the life of a drugs journalist or if issues around drugs interest you in general. As one person said during the podcast: “Half the battle is just having the discussion”.

Stop and Search is on Acast and iTunes and brought to you by Acast, on the Distraction Pieces Network, in association with LEAP UK.

Volteface Discussion #1 – How Can We Eradicate Rough Sleeping in the UK?