Early thoughts on the Spending Review

As the dust starts to settle around the Chancellor’s announcements what can we take from it?

Here are the headlines in what I saw:

There’s no doubt more, and even more will emerge as the detail gets poured over by experts.

My initial reaction has been to wonder if we’ve had our expectations somewhat managed by the Chancellor and his team. So many many media stories were out there suggesting that cuts would be much more savage than has been the case that to some the results may seem like a relief.

Indeed some of the announcements above have to be welcome, such as additional resources for mental health provision and for victims of domestic violence, and the protection of the homelessness budget.

Others I’m going to need some convincing on — the welfare reform agenda that has been pursued in the last few years has been very rough on people with drug and alcohol problems, particularly if they have other co-occurring issues. If the new Work and Health Programme is to be different I don’t think it can’t rely on conditionality to achieve better outcomes.

And in public health it looks like some of the hard decisions of this year are going to keep on coming for the rest of the Parliament.

As the LGA put it in their briefing:

Councils will do everything they can to protect services but these reductions will inevitably impact on health outcomes. Councils will in some cases be forced to make a decision between different services.

Where they’re making those very hard choices we can only hope they work closely with providers to search for solutions that don’t widen health inequalities, and ensure that the most vulnerable are protected. 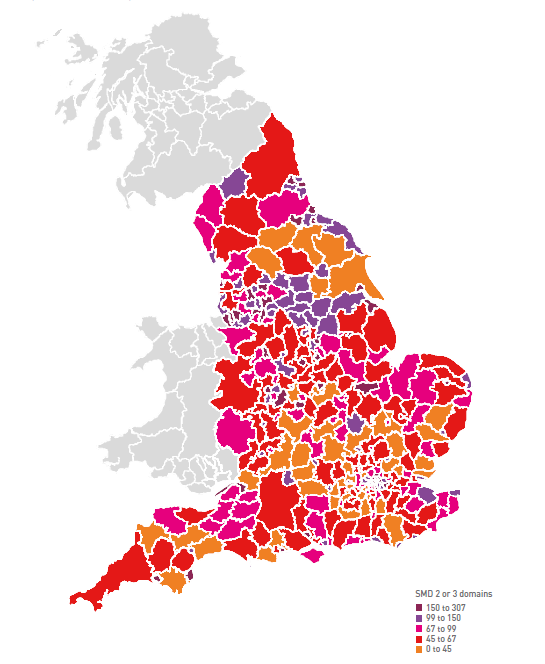 In the longer term it will be important to look very carefully at the proposals that come forward around funding public health through business rates. As I’ve argued before, the areas of greatest need are very closely aligned with the areas of highest deprivation. So any change that made it more difficult for those areas to fulfil their duties to improve the wellbeing of their most vulnerable citizens needs to be resisted.

In the meanwhile it’s heartening to hear that the APPG for Complex Needs will be looking at the impact of the spending review of people with multiple needs and dual diagnosis, and it will be worth submitting evidence and thoughts through that route if you can.

Andrew Brown is the former Director of Policy for DrugScope and is now working with @MindCharity @MEAMcoalition & @Addaction. Read more by Andrew on his Medium.

Nearly two-thirds of prisoners on short sentences have drug and alcohol problems and 70% go on to reoffend within a year, new figures show

Brownies and an Uninformed Youth