Ask most people what the current single greatest threat to the blossoming US marijuana market is, and you’re likely to hear one of two names in reply: Donald Trump or Jeff Sessions.

Despite Trump’s insistence that he is 100% behind medical marijuana, he is seen – naturally – as unpredictable; just as likely to order a clampdown as he is to favour a more laissez-faire approach. With Sessions, on the other hand, there is no confusion. He shies away from all things scientific, hates the idea of legal pot and is likely to do everything in his power to, at the very least, halt its progress towards federal legalisation.

For many industry insiders, however, the big fear isn’t comrades Trump and Sessions, but the tax man. More specifically, section 280E of the Internal Revenue Code. This obscure little passage was added to the tax code during the Reagan administration, after a 1981 court case in which a convicted cocaine trafficker asserted his right to make the same tax deductions as every other businessman in the country. He won, and in order to make sure a precedent wasn’t set, the Senate Finance Committee introduced 280E – which stripped ‘drug trafficking organisations’ of their right to make deductions on everything from insurance, to rent, to wages.

Of course, in 1981, this made perfect sense. The country was still 15 years away from even the first medical marijuana legalisation, let alone any form of full, adult-use, regulation. 280E only applied to your standard drug dealers. It was an easy sell.

These days, however, the landscape has changed enormously. Twenty-eight states have adopted some form of medical marijuana programme, whilst eight states (plus Washington, DC) have voted to legalise and regulate cannabis across the board. And thanks to the wording of section 280E, every state-legal marijuana business in those states is in the crosshairs of the International Revenue Service.

Due to marijuana’s federal illegality, state-legal businesses have always found it difficult to operate, thanks to the often-insurmountable restrictions placed upon them. They cannot use banks to store their money, cannot take card payments, and, because of 280E, they often end up being taxed at a rate as high as 90%! 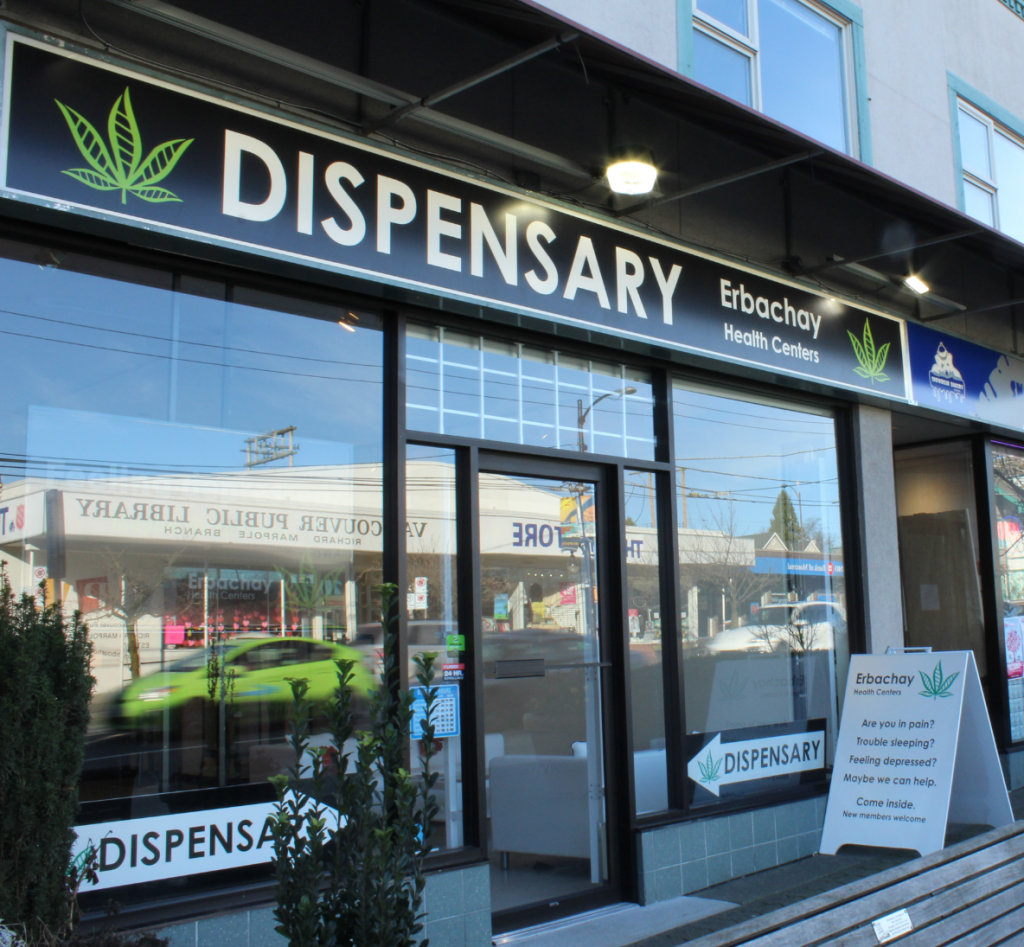 The reason for this is simple. Imagine two businesses in, say, Colorado. One is a cannabis dispensary, the other an off licence. Both make $1,000,000 in gross revenue over the course of a year, and both expect to be taxed at 30% of their taxable income after deductions. The problem is that since the dispensary is classed as a drug trafficking organisation by the IRS, the deductions they can make are drastically reduced. Under certain readings of 280E, they can’t make any at all. So, whilst the off licence can get its taxable income down with ease by deducting the cost of goods sold, along with other normal business expenses, the dispensary is stuck paying a 30% tax on almost all of its gross earnings, essentially wiping out, in many cases, any profit at all. Dispensaries are being taxed out of existence.

One dispensary owner who has fallen foul of the IRS is Steve DeAngelo, the founder and owner of Harborside in Oakland, California. The IRS is in the process of auditing Harborside for 2007-2012, years in which the dispensary sold $100 million worth of cannabis. Should they rule against DeAngelo, he faces a bill of up to $15 million.

He’s not the only dispensary owner under investigation, and it’s expected that the number of audits is only going to grow as more states legalise and the IRS cottons on to the amount of money they could claim in back taxes. As usual, the government agency is being short-sighted – more interested in making a quick profit from vulnerable, grey-area businesses, than in reaping the continued rewards that would come with keeping those businesses in profit and continuing to claim taxes for years and decades to come.

There’s an unmistakable parallel to alcohol prohibition here. Just like the politicians of the 1930’s who panicked when they realised prohibition was beginning to crumble, the current US government is sending in the tax man as a last resort. Back then, it was Al Capone they were after. Now, it’s Steve DeAngelo. The difference, of course, is that whereas Capone was a vicious and dangerous gangster – a product of prohibition itself – pretending to be legitimate, DeAngelo is just the opposite. He’s a bona fide businessman being painted as a drug trafficker by the IRS. Why they have decided to go down this route is unclear, but DeAngelo certainly isn’t taking it lying down.

Along with his lawyer, Henry Wykowski, who spent several years working for the justice department in its tax division, he’s taking the IRS to court in an effort to kill 280E for good. Wykowski has history when it comes to marijuana and taxes. He’s represented a number of dispensaries during IRS audits, and is the man who won a precedent-setting case for CHAMP (Californians Helping to Alleviate Medical Problems) when he argued successfully that a company that sells marijuana can still deduct business expenses from non-marijuana related sales.

This time, he’s set his sights higher still. He wants 280E thrown out altogether, not just to save DeAngelo’s business, but potentially every marijuana business in the US, millions of dollars. His tactic is simple, but far from certain to succeed. It all rests on the interpretation of the language used in 280E, and what it actually says versus how it has been interpreted for decades. Specifically, he is challenging the idea that DeAngelo’s business ‘consists of’ drug trafficking, because it also provides other services, and sells other products, that are not federally illegal.

Court filings reveal the logic behind Wykowski’s argument. “It is not accurate,” he argues, “to say that Harborside’s business ‘consists of’ trafficking any more than it would be to say that the Bay Area ‘consists of’ Oakland or that a symphony orchestra ‘consists of’ French horns.”

The IRS, on the other hand, argues that ‘consists of’ means something else. They argue that 280E “focuses on specific activities and does not exclude businesses that contain additional activities,” and that Harborside’s “operations, finances, and business form all show a single business that consists of trafficking in marijuana.”

It’s difficult to see how DeAngelo and Wykowski are going to win the argument, but they’re giving it everything they’ve got, including hiring a linguist from the University of California to help make their point. At the end of the day, though, they’re likely to be fighting a losing battle, at least in this case. Convincing a court that the IRS has been interpreting the tax code incorrectly has got to be one of the toughest gigs going, for any lawyer. 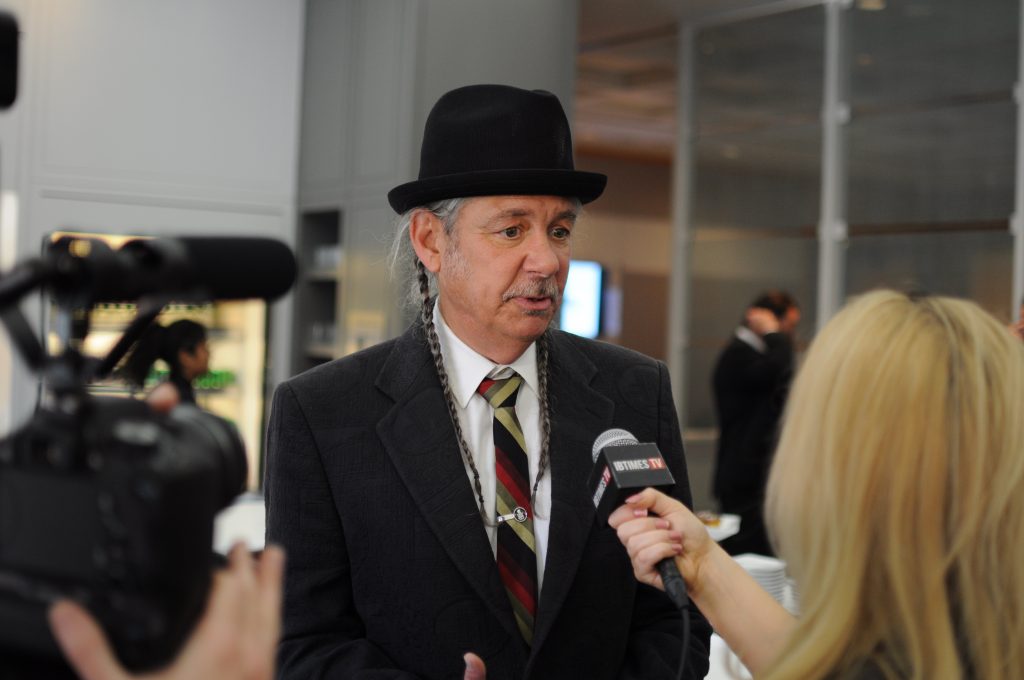 Whatever happens in this case, legal cannabis in the US stands at a crossroads: as more and more states legalise, the IRS are likely to audit more and more businesses. But the increasing acceptability of legal cannabis will mean any attempt to tax pot entrepreneurs out of existence will likely be met with anger not just from the business owners themselves, but from the public at large. The question, potentially, could be whether or not federal legalisation comes quickly enough to save an industry that – despite its huge successes – is still dangerously vulnerable.

Should this existential threat be overcome, it will be done through repeated challenges to the IRS, in the same vein as DeAngelo’s. And increasing legalisation is only going to make those kinds of challenges inevitable, and more likely to succeed in the future. It is here though that the Trump/Sessions factor comes into play: DeAngelo and his peers could well succeed in holding off the IRS, only to be hit with the full force of a moral crusade to turn back the tide of progress.

The feeling is that this is unlikely. Usually, if Trump is anti-something, he says so unequivocally. He’s not the type to sit on the fence. And no matter how much Sessions tries to shut down the legal cannabis industry, it would be absurd – even by Trump’s standards – for the USA to turn its back on such a huge economic success story.

Nevertheless, one state in particular is already making a contingency plan, just in case. Colorado lawmakers fear a clampdown as much as anyone, but have bet on the fact that Trump has previously declared his support for medical marijuana by enacting a law that, should the need arise, will allow owners of ‘recreational’ dispensaries to immediately reclassify them as medical dispensaries. This would, the theory goes, protect them from any Sessions-led clampdown on legalisation.

It’s a sensible approach, and one that says an awful lot about the current state of legal marijuana in the USA. No one knows what’s about to happen. Victory against the IRS could see the industry boom again, as it shakes off what has been one of the tightest shackles on its ability to turn a profit. On the other hand, though, no one is confident enough to say with any certainty that a clampdown isn’t imminent. If that were to happen, the USA would be plunged straight back to the days of cartels running the marijuana industry and reaping all the rewards that come with it, whilst states’ finances lose out, patients and adult users alike lose the ability to easily obtain the strain of cannabis that’s right for them, and crime rates rise again.

Right now, it’s genuinely too close to call. The Department of Justice has previously instructed its prosecutors to focus on cartels and have denied funds to local law enforcement for the prosecution of state-legal marijuana businesses. But those measures expire in April, adding yet another layer of uncertainty to what is already a minefield of guesswork and what-ifs. What is obvious, however, is that no one is willing to go down without a fight. From business-people like Steve DeAngelo to Colorado’s state lawmakers, everybody is up for the fight, and no stone will be left unturned as they attempt to safeguard their industry against a plethora of imminent threats. Whether or not they succeed, only time will tell.