Is Drug Decriminalisation on the Cards for Thailand?

Thailand’s Minister of Justice, General Paiboon Koomchaya, recently ignited a heated debate when he proposed re-scheduling methamphetamine as a ‘medicine’ rather than a ‘narcotic’ drug. But given that one of the Minister’s objectives is to avoid punishing people who use drugs, in particular ensuring they do not end up in prison,’ the proposal to reschedule is essentially a ‘red herring’. To reschedule methamphetamine without other serious policy reforms, such as removing criminal penalties for drug use and possession for personal use and ending compulsory drug detention, those who use methamphetamine without a prescription (and let’s face it, this would be the majority of users) would still end up facing harsh punishment in Thailand.

Over the past year, the failure of Thai drug policies to reduce the use and supply of drugs, particularly methamphetamine, has been the subject of much debate in judicial circles.

This has partly been provoked by the case of a Thai woman caught with one and a half methamphetamine pills after she illegally crossed the Lao border into Thailand, and was subsequently sentenced to 25 years of imprisonment for a “trafficking by importation” offence. This was already a reduced sentence given that the law requires the death penalty or life imprisonment (50 years) for this kind of offence. Several senior judges have since condemned the decision by the Supreme Court to uphold the 25-year sentence, noting the lack of proportionality given the minute amount of drugs involved, while also questioning the effectiveness of harsh punishment in deterring people from using drugs or engaging in the drug trade. 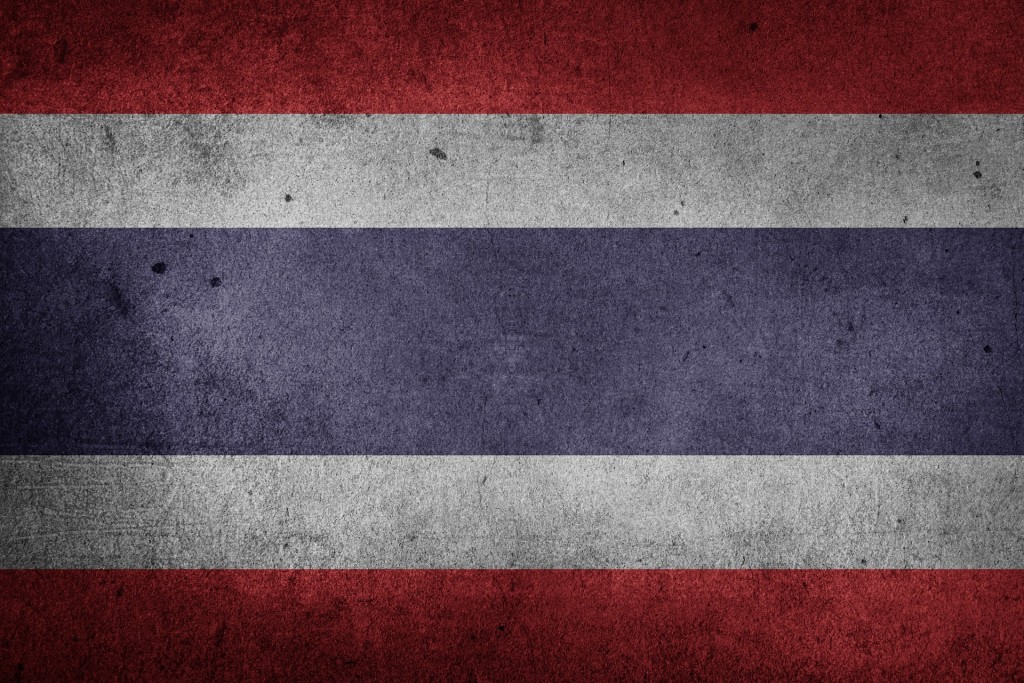 Since the re-naming of methamphetamine in Thai from ‘ya ma’ (literally ‘horse pill’ to symbolise strength) to ‘ya ba’ (crazy pill) by the government as a deterrence measure in 1996, accompanied by harsh penalties and zero tolerance for any drug-related activities, the use and supply of methamphetamine has only increased. Over the same period, Thailand has become home to the world’s sixth largest prison population, as well as having the world’s highest incarceration rate for women; the majority of whom are imprisoned for low-level drug offences, mostly for methamphetamine. Punishment is also imposed for drug use as well as for any quantity of possession, whereby people arrested for drug use could be subject to a fine, forced urine testing, pre-trial detention, and sent to compulsory detention centres for ‘rehabilitation’ (many of which are run by the military and police). The worst case scenario is a prison sentence of between one to five years and it is estimated that about 10% of those in prison for drugs are incarcerated for personal use offences.

Overcrowded prisons are one significant motivation behind the Minister of Justice proposed policy reforms on methamphetamine. But he has also cited the failure of the ‘war on drugs’ to reduce use and supply, and the negative social, health and human rights consequences caused by imposing disproportionately severe punishment for all drug-related activities. As a result, the Minister began calling for consideration of alternative drug policy approaches last year, alongside several government officials from the judiciary, health and human rights sectors, academics and even HRH Princess Bajrakitiyabha. More recently both the President of the Supreme Court and the Minister of Justice have referred to a global shift in the direction of drug control, away from the ‘war on drugs’ following the UNGASS in April 2016, as a reason for Thailand to consider modernising its drug policies to achieve improved health and human rights objectives, thereby aligning its approach with the international community. Minister Paiboon further said that there should no longer be capital punishment, however the Bangkok Post reported on 23 June 2016 the Minister saying that Thailand is not ready to abolish the death penalty for drug offences.

While the Justice Minister has said, with the support of health authorities, that people who use drugs are ‘patients’ and should not be sent to prison (although it is inaccurate to say that all people who use drugs are patients and need treatment, as only a minority do), it is unclear how the proposed re-scheduling of methamphetamine will end their criminalization and incarceration. Scheduling methamphetamine as a medicine may allow a few to access it via a doctor’s prescription, but it is only used in the treatment of certain conditions such as Attention Deficit Hyperactivity Disorder (ADHD) and narcolepsy. Given methamphetamine use is largely driven by the need to maintain work performance (e.g. long-distance driving, construction work) and for recreation, it is most likely that only a minority of people who use methamphetamine would be able to access it with a prescription. Going further and legally regulating methamphetamine was clearly ruled out by the Minister and would be unlikely to garner any political or public support given generally conservative views about drug use in Thailand. However, there is genuine, albeit tentative, support across multiple government sectors for a more humane approach to drug use so the climate may be conducive to a serious consideration of removing criminalisation and imprisonment as a punishment for drug consumption and possession for personal use. 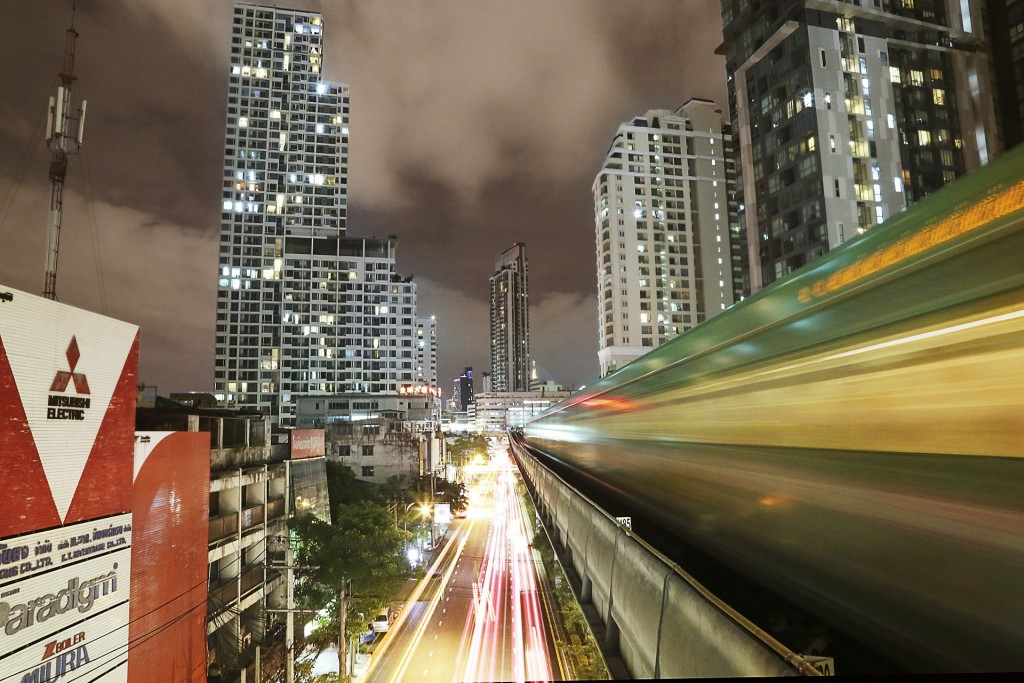 Decriminalisation would be a bold step for Thailand, where the brutal 2003 ‘war on drugs’ waged by disgraced ex-Prime Minister Thaksin is still often cited in drug policy debates. Those pushing for positive change in Thailand must push the government further and advocate for decriminalising drug use and possession for personal use, as the weak and somewhat misguided suggestion to re-schedule methamphetamine simply does not address the problems that Thailand faces after years of pursuing a heavily repressive drug control response. Proponents of legal regulation in other parts of the world have argued that decriminalisation does not go far enough and does not address the market dimensions as the supply and trade of drugs would still be illegal. This may be true but the benefits to be gained for the health and human rights of people who use drugs if decriminalisation were achievable in Thailand cannot be ignored.

There is an ongoing process of policy reform in Thailand and new drug laws drafted in 2015 have been approved by the Cabinet and are now subject to approval by the legislature. At present there is no plan to remove criminal penalties for drug use although the draft laws include reduced penalties for both drug use and drug supply activities, and introduce a greater range of alternatives to incarceration as sentencing options including community service and the somewhat problematic proposal to use electronic tracking devices for people who use drugs. Imprisonment and/or compulsory detention for both consumption and possession for personal use remain. The draft law highlights that there is still incoherence between the shifting discourse and the policy response. However, the draft law does show that there is some effort by Thailand to achieve more proportionate penalties and sentencing for drug offences. It is now crucial for Thailand to seriously consider decriminalisation, and to invest in harm reduction and voluntary, evidence-based drug treatment approaches, in order to achieve the health and human rights objectives hoped for by the Justice Minister.

A New Low For Legal Highs