A New Low For Legal Highs

Just before the Psychoactive Substances Act comes into effect on Thursday, a new BBC documentary sheds light on legal highs in the UK. The Last Days Of Legal Highs takes a look at the lives of those making a living from, and also those who consume, New Psychoactive Substances – for whom they make living decidedly less pleasant.

Taking us on this tour of Britan’s NPS netherworld is Peter Stanley, who owns a head shop called ‘Gypsy Kings’ in Portsmouth. Stanley, who fancies himself as some kind of Solent-based Tony Soprano, made the switch from the steel industry to the legal highs game two years ago, sensing a killing to be made.

Last Days lets us inside Stanley’s operation, where a crack team of former steel associates order in largely untested research chemicals from China, spray them with more chemicals in the back room of the shop, pour them into shiny, kitschy sweet wrappers with names such as ‘Devils Dandruff’ and ‘Strawberry Syco’, and then sell them on to those few members of the public who actually take them. 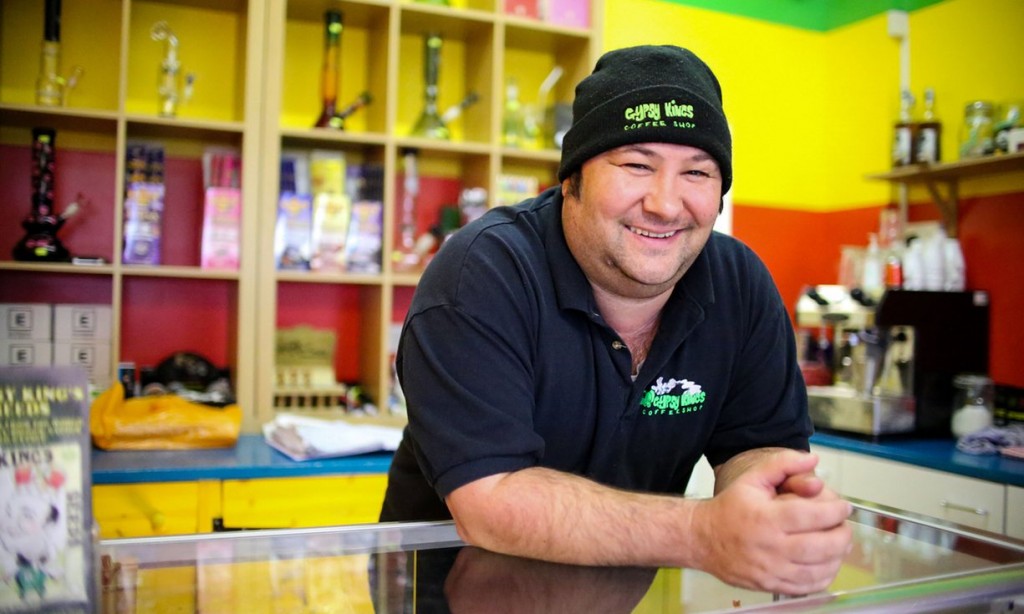 Despite his resistance to the BBC’s branding him a ‘drug dealer’, make no mistake, Stanley is wise to the depths of his customers devotion to NPS, and does everything he can to get them into their hands (even offering a delivery service for elderly shut-ins).

Stanley and his cohort claim that they are saving their customers from resorting to the criminal market to get their fix, but their po-faced wink-wink-nudge-nudge retort when asked if they know what their customers are doing with their products (which are quite often labelled ‘NOT FOR HUMAN CONSUMPTION’) beyond shop premises suggests that their preference is profit.

The filmmakers emphasise the more Lock, Stock qualities of Stanley’s story: tarting up his crews exploits with swift, sassy cuts, their pseudo-mafioso pantomime all the while playing out to a selection of cuts from the yob-rock canon. However, once Last Days turns its attention to the torrid lives of those addicted to some of the more malevolent NPS, those living, essentially, legal high to legal high, things take a turn for the bleak.

We watch Phil, a homeless man who begs outside of ‘Gypsy Kings’, intravenously injecting a research chemical called ‘magic crystals’, while Stanley and co snigger about how much their customers love their ‘research’. In this light, the doc’s Rogue Traders stylisation appears to be a necessary evil, softening the at times deeply unsettling edges of Last Days. 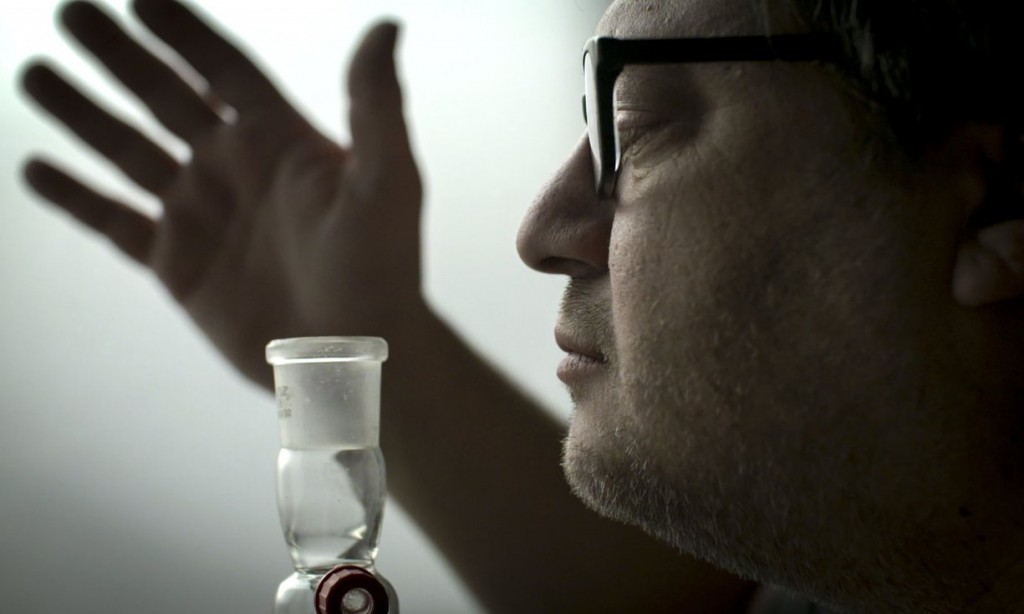 An interview with Dr Zee (think Tom Watson MP playing a campy, continental Bond Villain) about his life’s work – developing research chemicals with the view to selling them to UK distributors, further unsettles the viewer. Hearing Zee describe the lengths to which he goes in his research – essentially testing random chemical concoctions on himself – and also his wilful obliviousness to the effects they have on his lab rats, namely the UK’s homeless population, is undeniably distressing.

As equally ready to bend over backwards to make their NPS bucks as they are ready to absolve themselves of any responsibility for the consequences of their work, one suspects that the likes of Stanley and Zee are not particularly positive forces in the world of drugs. Indeed, the aggressive tactics that they employ in their pursuit of making a profit at the expense of some of society’s most vulnerable (from a flash mob ambush of a rival head shop to Zee’s fiendish espresso machine for drugs, developed to get around the impending NPS act) tells us that they are, beyond all else, schemers.

Stanley and Zee relish the opportunity to play dress up as the gangster, or the mad scientist, for the BBC’s cameras, but, in exploiting the health problems of the aforementioned vulnerable people in the UK, they ultimately appear as nauseating, callous characters. With a keen eye for a scheme, and without committing themselves to the black market, their profiting off drug addiction amongst those neglected by the state leaves the viewer unsympathetic as to the impending banning of their business.

That said, legal highs are the last option left for some of the UK’s most vulnerable, and what consumers lose in safety, often having no idea at all what the actual chemical composition of what they are taking, they gain in having the legitimacy and security of the shopfront.

There is a modicum of comfort knowing that consumers will have considerably less regular access to dangerous NPS, considering their consumption is held in place by addiction to the substances Stanley et al sell, it is obvious that the NPS act is not a solution to this social crisis that has sprouted up in the UK out of collective ignorance regarding drugs and addiction. 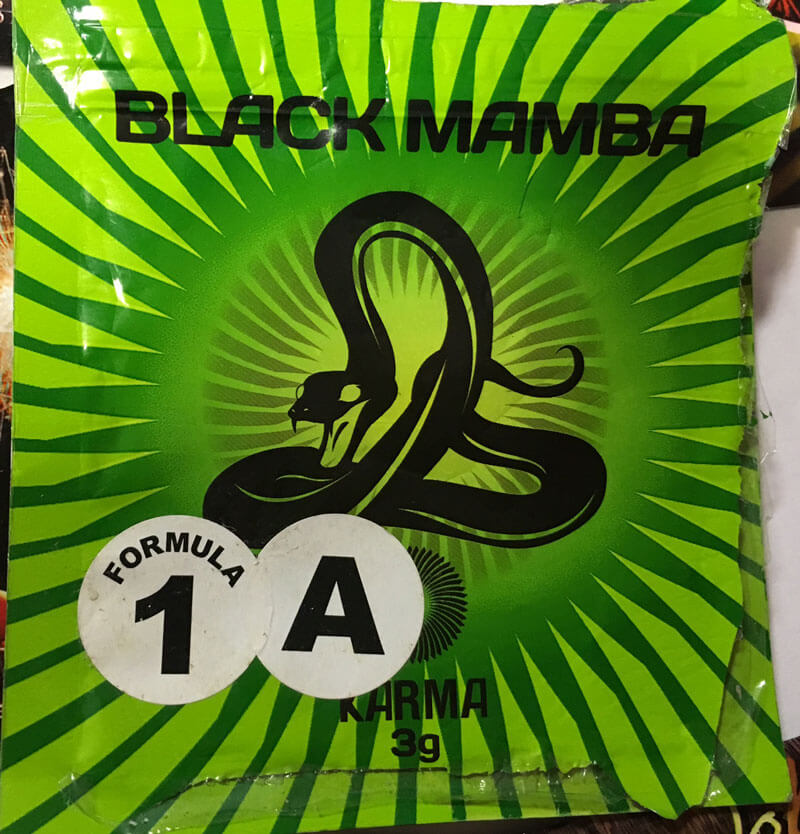 Last Days presents its viewers with a mutant, a tumorous crisis that spurred an alarmist ‘shoot-first-ask-questions-later’ response from the UK government. Head shop owners will surely find themselves out of business considering the lucrative rewards of legal highs, but the likes of Stanley pride themselves on their adaptability.

Indeed, Zee seems to revel in the idea of his playing a game of cat-and-mouse with the UK government, and, while the days of legal highs are almost up, one struggles to see how the days of problematic drug users are going to get any better anytime soon – lest policymakers opt for something other than quick-fix blanket bans.

In these surreal new surroundings, those suffering from the shortcomings of UK drug policy need politicians to offer a new remedy: something holistic, something that starts with compassion, is surely our only way out now.

Is Drug Decriminalisation on the Cards for Thailand?

My Relationship With Cannabis