Part I: Resurgence in the Jazz Room

Earlier this year an interesting story caught my attention. California’s East Bay Express posted an article about a Berkeley, California record store called Amoeba Music – another casualty of falling physical record sales. The record store, which was founded in 1990, was forced to look elsewhere for sources of income to keep the store open.

Now, the Bay Area’s recorded music mecca, Amoeba Music, is making a play. A one-year-old medical pot clinic in Amoeba’s San Francisco store is helping to keep the iconic store from meeting the fate of other music retailers.

The business had grown and expanded, but it had lost out to the digital music market and not for lack of trying either.

The company created its own online retail platform, and commissioned deep biographies of artists. Amoeba sells vinyl, throws events, and publishes the last great guide to new music, Music We Like. But it’s not enough.

It was time for a comeback – the resurgence of Amoeba on the Bay Area cultural landscape. The store decided to open a dispensary in-store. The room they plan to convert is, of course, the jazz room.

Under Amoeba’s dispensary permit proposal, the Telegraph Avenue store would undergo a renovation to add a dispensary in what is now the jazz room

Co-owner David Prinz couldn’t stress enough how fitting the combination of a marijuana dispensary and a record store was citing one of jazz’s greats. 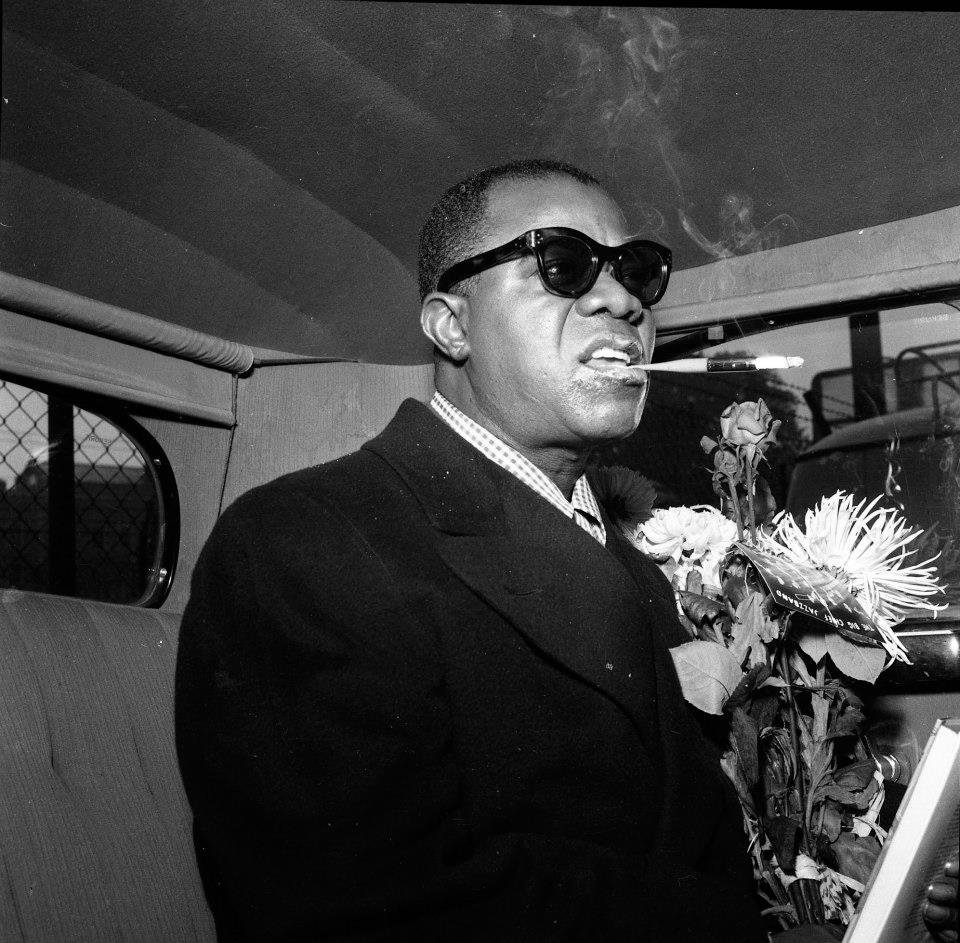 The connection between jazz and marijuana has always been strong. The plans to revitalise a record store with the addition of a dispensary seems all too perfect. There’s something in the air in California these days, a buzz, an excitement. Not only is the state pushing towards legalising marijuana, its music scene is thriving – hopefully its good times ahead for Amoeba music.

Jazz was a genre that always terrified me. I love music, but jazz was scary. My untrained ears found it difficult to discern whether the crashing and tumultuous melodies were noise at its best, or a crescendo of scatty noises, or both. If the loving words threaded from the pink tongue of an oozing croon was something to cringe at or to swoon to. I felt like a jazzy pleb. Sad and dismayed at my lack of technical understanding, I veered away from consciously engaging with what I had previously considered to be the terrifying genre that is, ‘jazz’.

Then I decided to be unafraid, and to ‘get into’ jazz.

My experience was like watching someone who wanted to ‘get into’ literature buying Austen, Joyce and Woolf after reading a list of the top 50 writers of all time and attempting to navigate their way through a sea of very prestigious works and barely knowing how to read.

I started at the beginning.

Unashamed, I scoured the web for lists on the best jazz albums of all time. I asked for recommendations. I listened to Coltrane, Thelonious Monk and when I became familiar enough, I warbled Lady Day’s blues very terribly in the shower. I read about their lives while I listened to their music, about the relationship these musicians had between music and drugs, the scandals and stories. I chilled in my room, smoked weed, lay on my bed and let my stomach twist itself into knots waiting for Bostic’s sax to wash over me like a smutty little number while Harlem Nocturne played in the background.

Upon my new discovery that jazz was as absolutely terrifyingly wonderful as I had thought it to be, I wanted to listen to something fresh. I’d listened to The RH Factor’s ‘Hard Groove’, Robert Glasper’s ‘Black Radio’ and every Badu record to death. I wanted something new. In 2015 Kendrick Lamar released ‘To Pimp A Butterfly’ and it reigned. We saw him rise as a rapper/jazzer/poet/international pop god and superstar. Billboard called him the “John Coltrane of hip-hop”. From there I discovered contemporary jazz saxophonist Kamasi Washington, trumpeter Ambrose Akinmusire, producer Terrace Martin and rediscovered a love for pianist Robert Glasper. Lamar utilised a band of tremendously talented and proficient jazz musicians and created an album that gave these musicians a platform to have their music heard on a global scale. The rulers of the L.A jazz scene.

This year also saw Thundercat release ‘The Beyond / Where The Giants Roam’, a six track fusion of jazz, hip-hop and on point production, featuring Washington, FlyLo and a host of others. More and more bands and artists are emerging as cross-genre jazz/soul hybrids, like Esperanza Spalding, Diggs Duke. Austrailia’s neo-soul outfit Hiatus Kaiyote played sold out shows in Dublin and last September L.A’s Moonchild signed to U.K label Tru Thoughts, along with british soul songstress Alice Russell and nu-jazz Quantic.

The jazz renaissance is in bloom and I am wonderfully excited to hear what the new rulers of the L.A jazz scene do next.