With all of the furore over the election of Donald Trump as the 45th President of the United States of America and the constant stream of scandal and intrigue that has gone with it, it was easy to miss another important election that has recently taken place. On January 1st, the United Nations elected its newest Secretary General: António Guterres.

You may not have ever heard of Guterres, but his rise to the top of the UN could have wide ranging implications, particularly in the world of international drug policy. Trump may be the great threat to reform in the US, but Guterres represents a potentially even greater hope. You see Guterres is the ex-president of Portugal who, on July 1st, 2001, took an unprecedented step, and decriminalised the use of all drugs in his country.

Now, with his ascension to the position of Secretary General, Guterres has become the figurehead of an international organisation that is at the forefront of global drug policy, and particularly drug prohibition. He finds himself in a unique position, with a unique opportunity to effect change and speak truth to power.

Back in 2001, when Guterres’ Portugal decriminalised drug use, the world was a very different place. Only three years previously, the UN had held a General Assembly Special Session on ‘the world drug problem’ which had delivered one of the defining battle cries of the drug warrior – “A drug-free world. We can do it!” Not only that, but the UN’s stated aim at that time was to create that drug-free world by 2008. The resolution adopted by the General Assembly began:

“Drugs destroy lives and communities, undermine sustainable human development and generate crime. Drugs affect all sectors of society in all countries; in particular, drug abuse affects the freedom and development of young people, the world’s most valuable asset. Drugs are a grave threat to the health and well-being of all mankind, the independence of States, democracy, the stability of nations, the structure of all societies, and the dignity and hope of millions of people and their families[.]”

It was searing anti-drug rhetoric that reaffirmed the global status quo: that drugs are inherently evil and must be wiped out, and that the way to do this is to wage war. 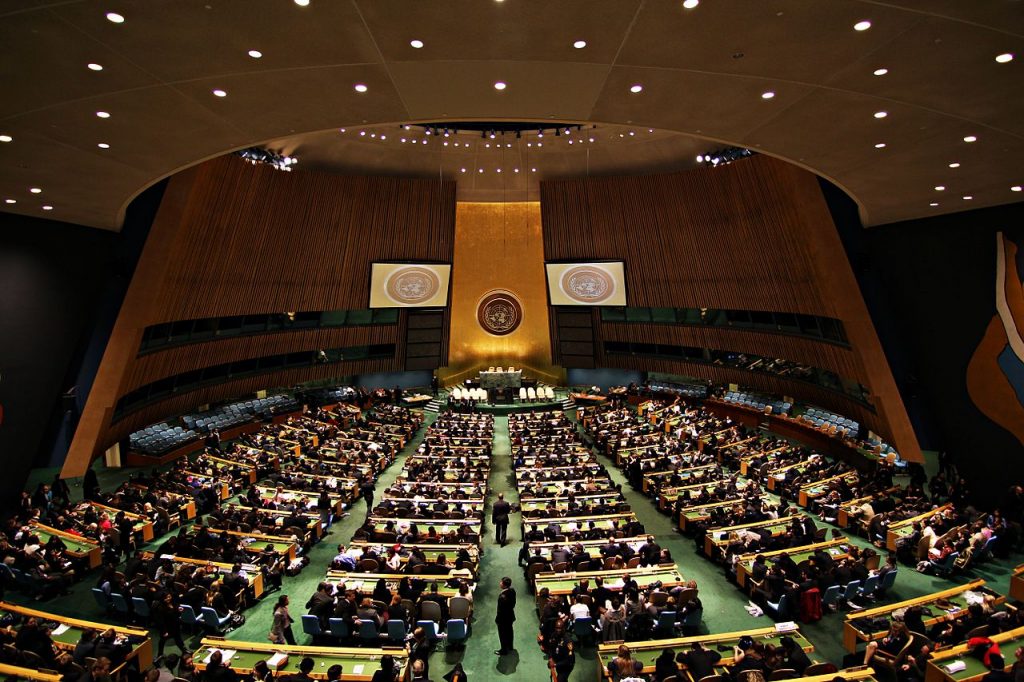 The then Secretary General, Kofi Annan, had opened the Assembly with the words, “It is time for all nations to say ‘yes’ to the challenge of working towards a drug-free world” and judging by the outcome of the meeting, all nations did. And yet, just three short years later, the UN’s newest Secretary General seemingly went against that message in a way that no country had done before.

The reasons why he did this are complex, but to begin with it is worth noting that at the time of UNGASS 1998, Portugal was a country desperate to rid itself of drugs. The people of Portugal were perhaps as eager as any to see the UN’s dream of a drug-free world come to fruition, gripped as the country was by what many dubbed a heroin ‘epidemic.’ In a population of – at the time – just over 10 million, there were an estimated 100,000 heroin users. Rates of HIV/AIDS among injecting drug users were the highest in Europe and rising, and there were unprecedented levels of drug-related crime.

Unlike many of its close European neighbours, however, Portugal was at that time far from a wealthy country, and did not as a result have the means to wage a war on drugs. The Portuguese Colonial War had ended only 24 years previously, with the successful coup d’état which overthrew the regime of the Estado Novo and brought with it democracy. The country was recovering, but still poor, and its decades of relative isolation – in part – gave rise to a new way of thinking when it came to drugs.

The people and their government wanted to reduce drug use, as did the rest of the world, but they were willing to use a different – more cost effective – method to do so. They took the advice of the expert panel they had assembled in 1998 – the year of “A drug-free world” – and decriminalised personal possession of up to ten day’s worth of all drugs.

Much has been written about the results of Portugal’s great decriminalisation experiment, but perhaps the most useful way to measure its success is to compare it to a country which took a decidedly different approach to its drug problem. In 2001, Scotland’s population was a little over 5 million, whilst roughy 50,000 of its population were heroin users. It had, then, a very similar level of heroin use to Portugal at the turn of the century. Since then though, things could hardly have gone more differently.

Overdose deaths in Portugal now rank among the lowest in the European Union, at 3 per million residents. The EU average is 17.3. HIV rates linked to drug use dropped by 13% in just 5 years, and drug use as a whole is now considerably lower than the EU average. The rate of use of opiates – including heroin – has, according to EU figures, been at the minimum cut in half.

In contrast, the UK’s staunch refusal to deviate from a punitive approach to drug use – particularly so-called ‘hard drugs’ like heroin – has not shown the same level of success. Admittedly, drug use has fallen, something the government is often at pains to point out. But drug deaths have not. In 2015, the number of drug-related deaths in Scotland – the country, remember, that in 2001 had the same levels of heroin use as Portugal – reached an all time high. More of those deaths than ever before were caused by opiates. It’s a pattern that has been evident since 1995.

Of course, comparing Portugal’s success to Scotland doesn’t begin to give the whole picture. Since 2001, the war on drugs has claimed the lives of hundreds of thousands of people across the planet, from Medellin to Manila, all in the pursuit of a drug-free world. But there have also been huge changes, particularly when it comes to cannabis policy. António Guterres is inheriting a United Nations that has been forced to change its rhetoric when it comes to drugs as a reaction to the spread of policy reform that was in large part started by him.

Back in 2001, the International Narcotics Control Board were highly critical of the policy brought in by the man who is now in charge, but in the intervening years even they have changed their tune significantly. Last year, the head of the INCB, Werner Sipp, called Portugal’s model “a success” and claimed that “It’s very difficult to find people in Portugal who disagree with this model.”

Sipp went one step further at last year’s UNGASS – the first since 1998 – when he told the gathered delegates that the UN drug conventions “never called for a war on drugs.” At the same event, the President of the World Health Organisation launched a scathing attack on punitive drug policy.

It’s clear that the UN Guterres is now the head of has changed its stance of drugs significantly since 1998. Crucially, however, they have not – as yet – been prepared to change the drug conventions, or publicly call for an end to global prohibition. Kofi Annan called for a drug-free world in 1998, Ban-Ki Moon didn’t even make an appearance UNGASS ’16, but perhaps, with his firsthand experience of the power of harm reduction, Guterres may finally be the man to put his neck on the line for real, meaningful drug policy reform on a global scale. We can but hope.

The World Needs a New Deal on Drugs