Maybe there’s even something about positive that cannabis is reaching into more media spaces, but negative as it’s being used as a gimmick – an alcohol themed equivalent to that judge show would be excoriated for glamourising booze/being in poor taste. fine line to walk between normalising and glamourising, and may be irresponsible. Could also point out that vape pens were given out free in Oscar goodie bags this year or 1st time – similar issue of normalising/glamourising conundrum.

bong appetit (if you can pun it, then we’ll fund it!)

on fine line between normalising / glamourising / cheapening thru gimmicks

Last Sunday, the esteemed attendees of the 89th Academy Awards may have been somewhat amused to find, alongside Zuckerbergian devices for their adopted infants and tastefully embroidered Illuminati memorabilia, cannabis vaporisers within their complimentary goodie-bags.

Had Warren Beatty and Faye Dunaway enjoyed a stealthy pre-announcing-the-wrong-winner-for-best-picture vape, you ask? Somehow, I doubt it. However, I wonder whether or not this infiltration en masse of designer cannabis combustion machines marks the breach of a new frontier in cultural normalisation of the formerly forbidden herb.

The gifting of such luxury goods, be they for amusing billionaire babies or getting high and mighty Hollywood types even higher, is the byproduct of brands wanting to boost their profile and get their products to people who know people with plenty of pocket money to burn. So, with the good people at Haze Technologies managing to get their Dual V3 Vaporizer inside Hollywood’s most coveted present container with no fuss or fanfare whatsoever (this article notwithstanding), some tide must surely have turned. 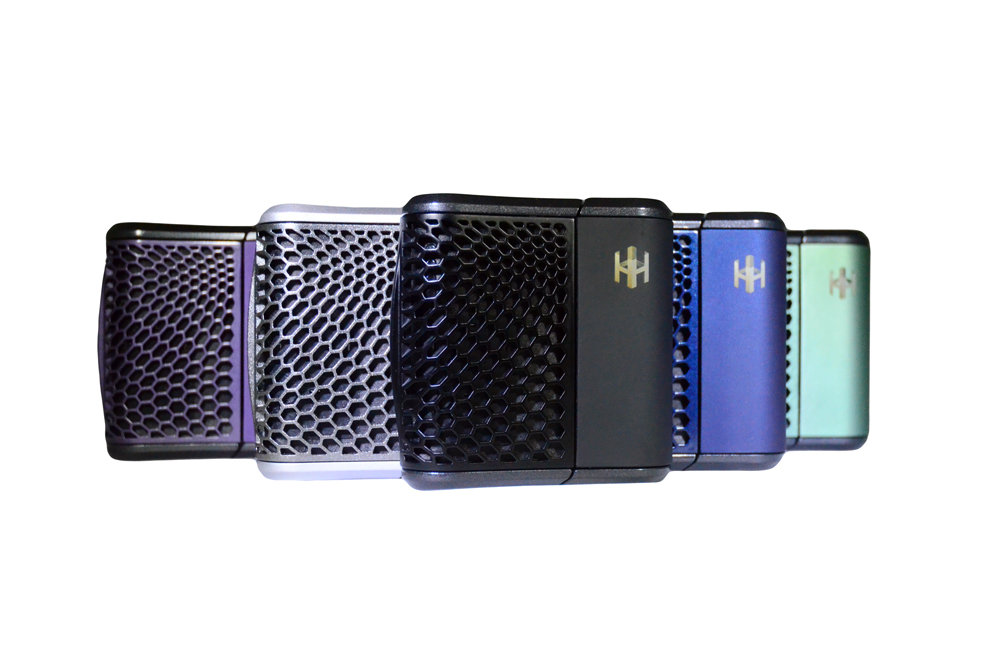 Indeed, the power of the corporate branding behemoth has certainly played its part in this aforementioned cultural tide-turning.

Like all good vampires, these luxury corporate goods would not have entered the goodie-bags unless they had been invited in. Cannabis is now legal, in some form, in over half of US states, and in California, the home of Hollywood goodie-bags, legalisation came riding in on a chimera of corporate cash in the form of, amongst other less-householdy names, Sean Parker, who backed the successful Proposition 64. And with money comes makeovers: in order for cannabis to take its seat at the table, so to speak, it has been subject to a rebranding of corporate proportions. The proverbial dirty joint enjoyed by the rebellious teen has been stubbed out, its place taken by sleek impersonal vape gadgets such as the Haze V3 (pictured above). Sanitised, odourless, with carbon curves to make the boys in Silicon Valley purr, corporate cannabis has, largely, enjoyed this embrace-of-sorts by mainstream culture.

Media moguls have also readied themselves for the opening of the pot floodgates. Vice, to pick an easy example, has cultivated so much pro-cannabis content for years now as to almost seamlessly synchronise the launch of their fully fledged ‘Viceland’ TV channel, which draws upon said content heavily. Shows such as ‘Munchies’ and ‘Bong Appetit’ (now in its second season!)

The question now turns to that of cannabis’ image post-legalisation

cannabis becomes star of the show, rather than a supplement to the entertainment itself. industrial scale creativity & entrepreneurship dedicated to in ingesting cannabis, and not much else (contrast with show like DRUNK HISTORY where the intoxicant is a means to a more comedic end..)

both here to stay, like two ever so slightly incorougous strains sat either side of the ‘weed shop’

The Volteface Interview with Helen Clark: UK Kiwis, Enrol and Vote Yes to the Cannabis Bill