“I was eleven and I’d been chasing the dragon.” Wasted (2007) is a slick, brutal, beautifully psychoanalysed ragbag of smack, shooting up and second-guessing which reads in equal parts like a thriller and a coming-of-age story. But it’s User Voice founder Mark Johnson’s true-life memoir. Dad’s a bruiser and Mum’s weapons of choice are a wooden spoon bearing the words “THE WORLD’S BEST STIRRER!”, which looms large even in memory, and a broom which she cracks over his brother’s head. Although Mark’s childhood is a blur of beatings, Wasted is a vivid, meticulous recording of his psychological maturation.

Mark grapples throughout adulthood with memories of abuse and resultant PTSD, which he links directly to his dependency on heroin. On seeing his father again at the age of twenty-four, he is catapulted back to being “six years old and terrified” before whomping back into the present: “I am an addict.” He also weathers many other hardships that commonly intersect with problematic drug use: homelessness, actual and perceived social discrimination, unemployment and the resultant self-abasement that accompanies a criminal record.

“Despite my many achievements in later life, I will always be labelled ‘ex-offender.’

The only way I could get a job was to set up my own business, but that’s not an option for everyone.” The tree surgery business that Mark set up in 2009 with the help of The Prince’s Trust became a haven for ex-offenders and evolved into his service user involvement charity. Through User Voice, Mark has turned what, at the time he did it, was a fantastical, one-in-a-million rise from the ashes, into a collective awareness that an outcome like his is possible for others, if, and it’s still a big “if,” they encounter support services that inspire, rather than alienate them. 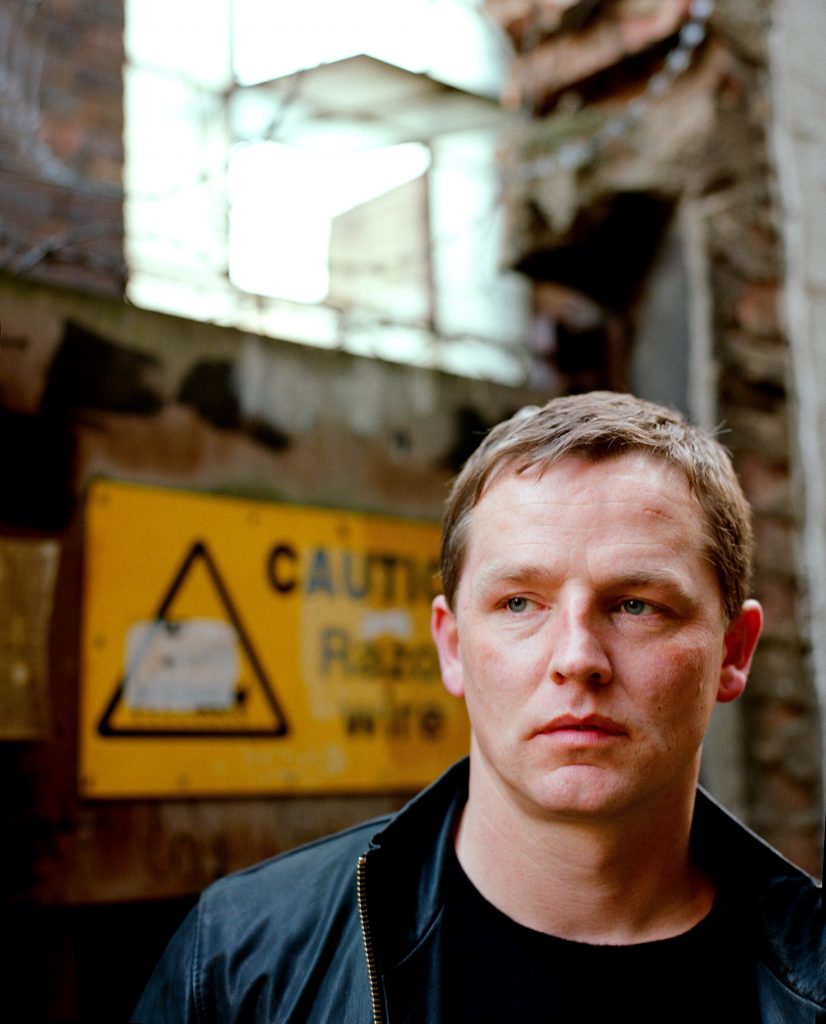 Mark won the The Prince’s Trust Young Achiever of the Year Award in 2005, at a ceremony where Prince Charles narrated Mark’s story to the cameras and later wrote to him, charging him with the task to “make a difference to the criminal justice system.” Mark has made the most of this rare opportunity to bring organising bodies on side, and has travelled from Northern Ireland to South Africa making the case for services that give a voice to ex-offenders.

It’s partly Mark’s exceptional journey that bends the ears of the wealthy and influential – facing his own demons and overcoming incredible odds – and partly the way he narrates it. Wasted is such a candid window into Mark’s psyche that it sits the reader on the sofa with the poorest and most vulnerable people in society, the struggling people who the more fortunate – potential employers included – would often rather turn a blind eye to: “They don’t see us. They know what we are.”

Part of User Voice’s genius is that it turns most job-seekers’ worst nightmare -having a criminal record- into a primary strength.

“All our staff that work directly with service users have a history of offending themselves. This is crucial in giving us the insight, credibility and access to do our job well,” their website explains. Prisoners prefer to speak to someone who has “walked in their shoes” and User Voice has the edge over many other prison support services because everyone who has direct contact with prisoners or ex-offenders has personal experience of the criminal justice system.

Many ex-offenders are so sure that employers will see their criminal record as their defining feature that it strips them of the confidence to apply for jobs in the first place. This perception plagues Mark throughout Wasted– “unlike everyone else I know, [his love interest; a new group of friends] gets up and go to work in the mornings.” Cue an intensified desire to escape his bleak reality and his gravitation to harder drugs and riskier methods of taking them: “If I’m ever going to find out what’s so great about injecting drugs, this miserable grey Northern day is the time.” User Voice helps people to break free from this cycle of unemployment, shame, addiction and reoffending that often results from having a criminal record.

Mark has created an inimitable workforce that empathises, rather than just sympathising.

From age eight, when he first gets pissed on Strongbow, Mark recognises psychoactive substances as magical keys to escaping his reality. Sniffing gas with a butane lighter is:

“[A] ticket to another world. One sniff and I escape. I never notice Mum’s pot plants normally, but when I sniff gas I can find myself right inside their pot talking with the stems for twenty minutes. […] When I wake up, I find I’ve been dribbling and my head’s pressed against the wall but I don’t care. I’ve been in the living room and all the time I haven’t been in the living room so it’s a great way of getting out of the house without ever opening the door.” 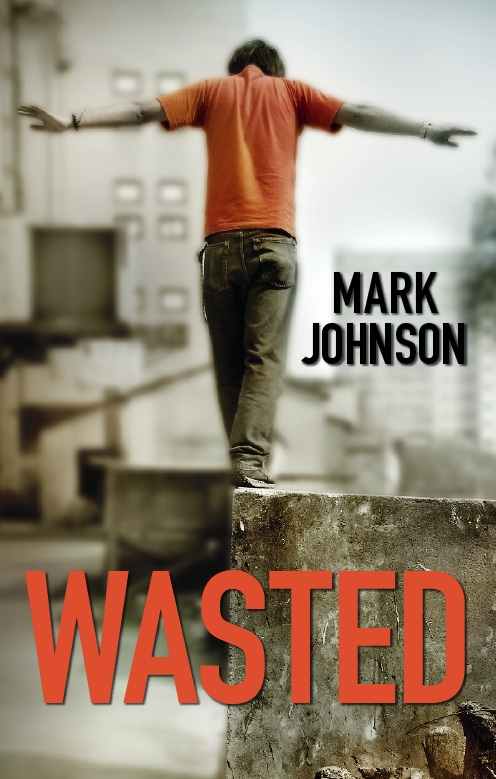 Getting high is a pragmatic means of self-protection. Mark’s eminently reasonable need to alter his perception of otherwise intolerable circumstances is echoed abundantly User Voice’s 2016 report, Spice: The Bird Killer, which brings together the perspectives of 684 current prisoners, many of whom self-medicate with spice: “It kills time if you use spice, takes your mind away, it’s like a bird [slang for a prison sentence] killer. Your problems disappear because you don’t think about them.”

Speaking to Sky News in November 2016 about whether drug tests are a waste of time, VolteFace’s Head of Advocacy George McBride corroborates: “we’ve seen a huge increase in the demand for drugs in prisons because people are banged up for 23 hours a day in what is essentially a toilet with nothing to do. […] We need to tackle the demand for drugs.” These personal observations are backed up strongly by recent research: Spice: The Bird Killer (2016), and the research paper “Adding Spice to the Porridge: The development of a synthetic cannabinoid market in an English prison” (Rob Ralphs, Lisa Williams et al., 2016) and VolteFace’s second report, High Stakes (George McBride, 2016), all emphasise that reducing drug use in the UK’s prisons depends on creating an environment that offenders don’t need to anaesthetise themselves in order to endure.

What’s happened beyond the book?

User Voice received full charitable status in 2010, and has since become ever-more directly focussed on unpicking the links between drug consumption in prisons and the problems newly-released prisoners face in breaking free from their past. To date, they have helped a great many people at prisons up and down the UK navigate pathways to meaningful, solvent futures that they’d previously thought were off limits.

In the last few years, an increasing number of players in the drug policy reform landscape have also foregrounded the importance of ditching what User Voice calls the “Us v Them” mentality. Max Daly and Harry Shapiro wrap up their most recent DrugWise report, Highways and Buyways (2017) with the hope that we, as a society, can stop seeing each other as “Goodies v Baddies” in view of their findings that people from every walk of life used and abused legal and illegal drugs in 2016 in the UK.

VolteFace are co-hosting our latest event with User Voice. High Stakes: Prison Drug Policy Symposium will take place at the Barbican on 5th May 2017 and will be the first of a series of events in our collaboration with Rob Ralphs and Rebecca Askew of the Substance Use and Addictive Behaviours Group following their Fellowship Grant from Metropolis.

“I’m delighted to be working with service users, prison staff and experts to improve our prisons and the lives of those affected by them,” says George McBride. We’re excited to be stepping into a period when it is becoming possible to unplait the braided ropes of stigma, substance dependency and reoffending that have hitherto blocked so many ex-offenders’ progress towards self-sustainability and to overcoming their problems with drugs.

Rosalind Stone is Director of Development for Drugs and Me and is a regular contributor to Volteface. She has also written for Psymposia, Talking Drugs, The Stylist and The Londonist. Tweets @RosalindSt0ne