Giving the keynote speech at a satellite event of the 10th annual conference of the ISSDP: Regulating Drug Use: Beyond Prohibition and Legalisation in Aukland, Dunne indicated that, in time, drugs currently scheduled under the Misuse of Drugs Act could be considered for regulation through the Psychoactive Substances Act – although this was tempered by the statement that only drugs currently listed in Class C of the MoD Act would be considered:

It is my personal view that, at that point, we could consider applying the same regulatory regime [as the Psychoactive Substances Act] to drugs currently scheduled under Class C of the Misuse of Drugs Act.

Whirlwind reform this most definitely is not, but it does hint at the gentlest breeze of change – rare enough in the stolid world of drug policy. That this comes from New Zealand is all the more promising; the failure of the Psychoactive Substances Act to bring about any form of effective drug regulation since its introduction in 2013 could scare off lesser governments from suggesting further drug policy developments for years. 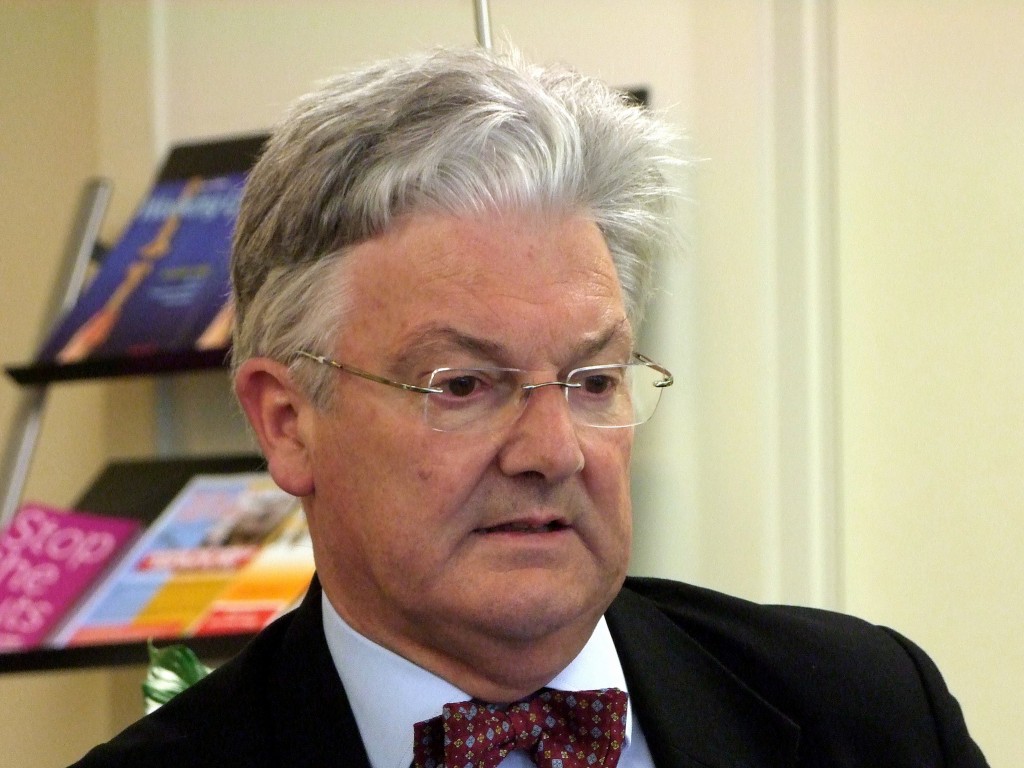 The New Zealand Psychoactive Substances Act, in contrast to the the UK law of the same name, which comes into force on 26th May, allows, in principle, new psychoactive substances to be legally regulated, provided manufacturers can prove such substances offer a “low risk of harm”. In this respect, the Act has faltered, stifled by overly restrictive burdens of proof of low risk, and further hamstrung by animal rights groups protesting the use of animals in safety testing of substances.

Playing down these substantial setbacks, Dunne first touted the potential of the Psychoactive Substances Act:

In allowing for the legal sale of substances that pose no more than a low risk of harm, the Psychoactive Substances Act differs fundamentally from almost every other approach to recreational drugs in the world.

Overseas regimes tend to attempt to ban the sale of new psychoactive substances, in the vein of previous attempts to control recreational drugs.

New Zealand’s regime recognises that prohibition of new psychoactive substances has not worked, in any context, either to stop drugs from being available or to prevent the harm that they can cause.

His suggestion that the same framework for regulating new psychoactive substances outlined in the PS Act could be applied to currently controlled drugs is noteworthy. It is the first suggestion anyone in government has made for outlining how a framework could could be consistently applied to controlled drugs, to consider their viability for regulation.

That Dunne felt the need to restrict his suggestions to drugs found in Class C of the MoD Act is disappointing though, as logically there would be nothing to prevent drugs from other classes from being regulated should they pass the risk requirements of the PS Act. Looking at the drugs in Class C, it becomes clear that the one drug firmly in his sights for these measures is herbal cannabis (other forms of cannabis, such as oils and resins, fall under Class B), as there is little interest in regulating other drugs in Class C – pharmaceuticals like benzodiazepines and barbiturates – which are in Class C due to their high potential for addiction.

Dunne’s comments point towards what the Psychoactive Substances Act could, and should, be: the regulatory lubricant allowing the passage of a controlled substance from the Misuse of Drugs Act to legal regulation of a given drug, allowing the step-by-step transition of individual substances from one to the other in a consistent, controlled and manageable context. If used in this manner, the PS Act could even be used as a tool for ultimately dismantling the Misuse of Drugs Act. 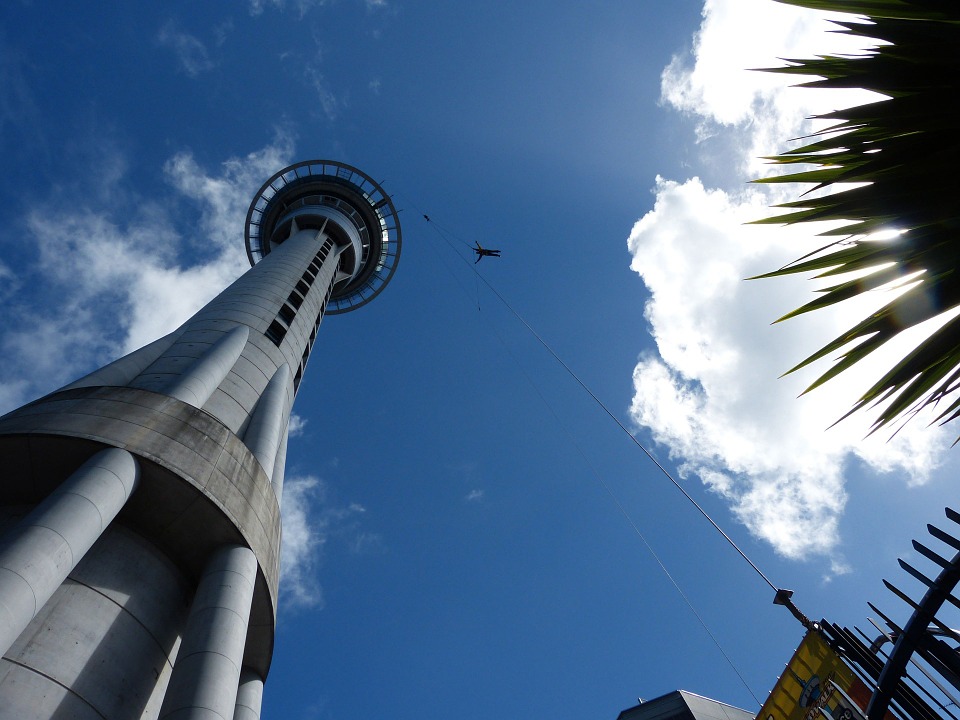 Sky Tower in Auckland, where the satellite conference is being held

That is currently wishful thinking, and getting carried away with the potential of the PS Act ignores the fact that, in the three years since its enactment, not a single psychoactive substance has been successfully regulated. Before any of the above is even close to becoming a reality, the New Zealand Government needs to dig itself out of the hole it has found itself in with a Psychoactive Substances Act that contains regulatory safety tests that are impossible to pass, and create a workable, pragmatic system for regulating safer psychoactive substances.

What Dunne is suggesting is not dramatic, but it is unprecedented in coming from a Government Minister. It should also be noted though that this is not an official Government position or policy change, but merely Dunne’s own thoughts and musings on the issue.

But it seems as though the groundwork is being laid – oh so carefully and cautiously – for bolder reforms in New Zealand. Dunne also spoke about the Government’s adoption last year of a new National Drug Policy that places the emphasis on harm reduction:

We should not be driven by a punitive approach towards drugs, particularly to drug use and possession. Instead, we should adopt a health-centred approach that places personal wellbeing at its centre. This means treatment for people who need it, and public health measures like needle exchange programmes to reduce harm from drug use, rather than criminal penalties as a first resort.

The punitive approach on drugs has led to the expenditure of vast sums of money and resources for very little return. We know the “War on Drugs” has failed, so it is well past time to move on from that mind-set, and focus more on drug policies that will be effective in reducing social harms.

How this new National Drug Policy will manifest itself still remains to be seen, but it provides another opportunity for New Zealand to show the world that it is a leader in progressive drug policy.

If this all seems rather underwhelming, one need only need to look to developments in another Pacific Island nation, to glean some perspective. Tuesday saw the Philippines elect firebrand populist Rodrigo Duterte as their new President. The former Mayor of Davao City has been mired in controversy during his election campaign and has been previously been linked to violent vigilante gangs. While he has many odious views, people who use drugs seem to be a pet hate. During his election campaign he asserted that he would kill his own children if they used drugs, and upon being successfully elected, he has declared that he plans to eradicate drugs in the country within three to six months, with no concerns about violating human rights laws along the way.

The contrast between the position and approach of these two politicians could not be more extreme, and their opposing views capture in miniature the dissensus of different countries in the global drugs debate. With countries like the Philippines sinking further into backwards, punitive approaches towards drug users, it is all the more important that countries like New Zealand continue to lead on progressive policies.

Henry Fisher is the Policy Editor at VolteFace. Tweets @_Hydrofluoric

From Vietnam to the UK: Child Slaves Producing Cannabis