Could there be one factor that links together conflict, climate change, racism, anxiety and eating disorders?

Natalie Ginsberg from MAPS, the Multidisciplinary Association for Psychedelic Studies, thinks that a thread of trauma runs through all of these phenomena. And the key to unlock this trauma, returning compassion and balance to individuals and society? – MDMA.

MDMA, well known for it’s recreational use at clubs and festivals, has another side entirely. The positive feeling that the drug elicits, and which makes it so attractive to party-goers, can also be channelled therapeutically, allowing people to recall negative experiences without the fear or anxiety which would normally accompany them, giving people a safe space to confront and overcome their PTSD.

Natalie and I met at the Beyond Psychedelics Conference in Prague last autumn where, surrounded by psychiatrists, neuropsychopharmacologists and shamans, we discussed the world-changing potential of MDMA. 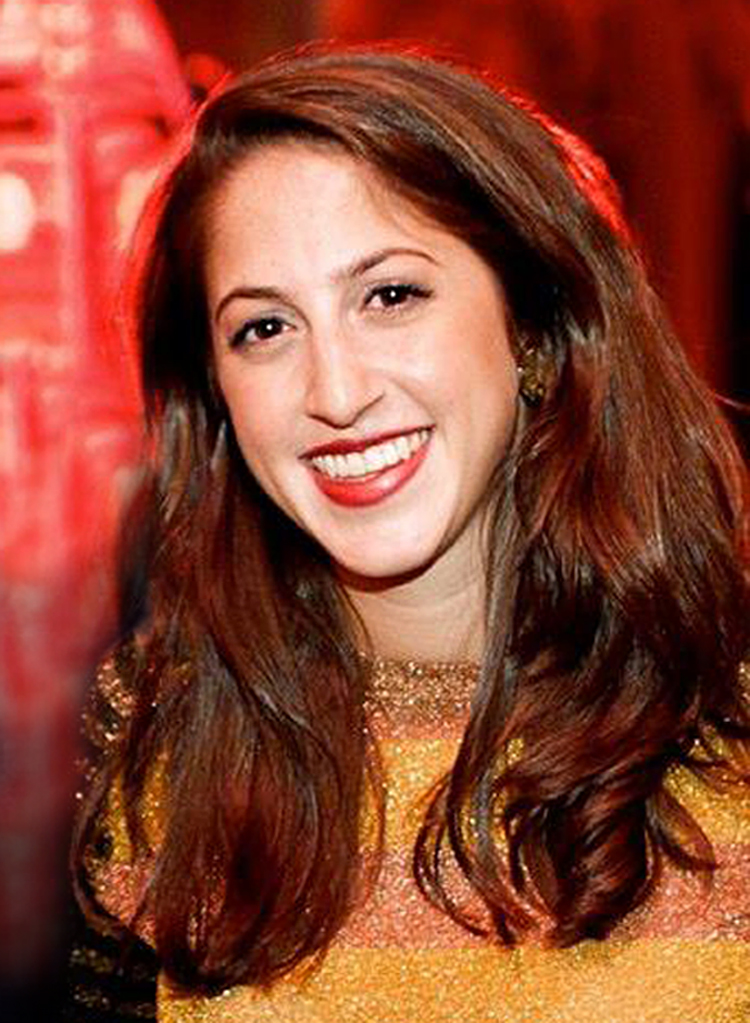 Kate Thompson: What’s your role at MAPS and how did you get into drug policy?

Natalie Ginsberg: So I’m the policy and advocacy manager at MAPS, which means that I do the lobbying and policy work supporting research on cannabis and psychedelics. The other work I do is community building and organising among the psychedelic community, and advocacy and education to support policy change and consciousness change.

I studied social work for my master’s degree and worked in a lot of highly traumatised communities as a therapist; I worked in a middle-school in the South Bronx with children with really high rates of trauma, with women arrested for sex work, and I started to get frustrated with the systems and policies that I saw were at fault for what my clients were going through. I was frustrated at the approach to mental health that was focussed on the individual and their pathology and through that I was launched into policy work.

At the same time, I had had a long-standing interest in issues of mass incarceration and racial justice so as I started to dig in to that, drug policy emerged. I worked as a policy fellow for a year at Drug Policy Alliance on marijuana arrest campaigns in New York and then I was placed on the New York medical cannabis campaign. I’d always supported the idea of medical cannabis but I’d never truly understood the power and capacity of cannabis to heal. I started reading about MAPS and psychedelic research – the fact that psychedelics can work for addiction and depression, anxiety, all these things in social work school we’re being taught are different illnesses, different brain imbalances; it really resonated with me that if something could heal all of them then it must be addressing the root cause.

Should society be considering trauma as one of the biggest challenges we’re facing at the moment?

Definitely, but I think trauma as a concept is difficult. It’s a way of understanding how someone’s experiences really form their behaviours; behaviours – which we pathologize – that are often powerful coping mechanisms. It’s important that people understand more about trauma so that they can understand how and why a person comes to be how they are.

We’ve made progress in that PTSD (Post Traumatic Stress Disorder) is finally something that people are able to speak about but, at the same time, that also pathologizes it as ‘the thing people get when they go to war’, blocking people from really understanding it.

Everyone experiences trauma to some degree; birth is a trauma! On a very simplistic level, people’s behaviours are inspired by fear or love and, to me, fear is just a response to trauma – which makes sense. Whether on an individual or a policy level, if you experienced something which scared you or made you feel unsafe, then your decision will likely also come from a place of fear – it will be rather short-sighted and motivated by self-preservation.

And what role could MDMA play in all of this?

Our studies with MDMA-assisted psychotherapy for treating PTSD (Post Traumatic Stress Disorder) have had really incredible results and are some of the only studies we see where, following treatment, the participants no longer qualify as having PTSD – every other treatment mitigated symptoms or saw a mild improvement in PTSD.

The results really are incredible and I’ve had the privilege of watching the tapes of the sessions and seeing that the healing process is about understanding your trauma and understanding why you’re acting how you are. It’s not about feeling like you’re this messed up person who wasn’t tough enough. And it really is essential that the healing process comes from the individual and that’s why the methodology of our MDMA therapy is so powerful – two therapists provide a safe space to allow the individual to lead the session and use, what the therapist describes as, their ‘inner-healing intelligence’. It’s a very empowering process; in large part, I think, because the healing is coming from within; someone else isn’t fixing you. 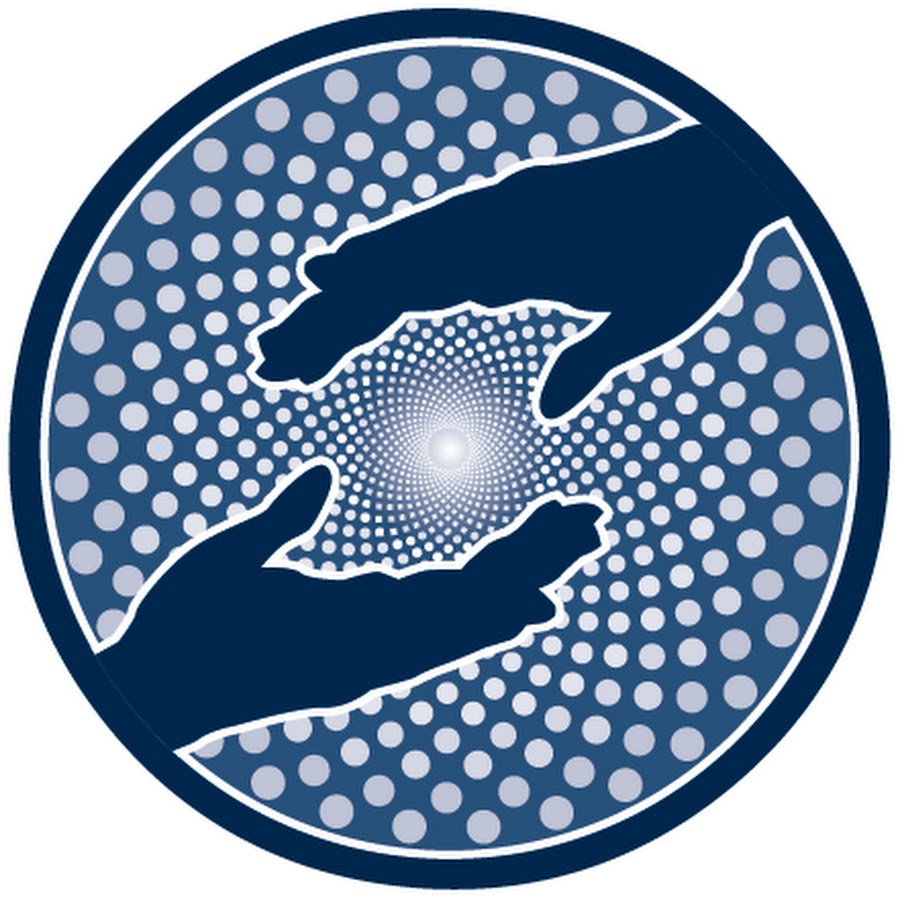 I know that MAPS has an on-going MDMA study in Israel which, although also focussed on the individual, could potentially have a wider societal impact…

Yes, well that’s definitely the dream. Because we do see Israel as a space with a lot of trauma – it often seems as though the society as a whole has PTSD. Hopefully MDMA will be approved as a medicine so that it will be more accessible but, on the other hand, many Israelis are definitely using MDMA already in festival settings so what’s really important is raising awareness of the intentional use of MDMA as a healing measure.

The segregation in Israel right now is really horrific. If so few Jewish Israelis know Arab Israelis or know Palestinians in a meaningful way and when there’s so much hateful rhetoric and fear being promoted by the media and by politicians, then it’s really hard to change course. I think that changing consciousness and changing how people interact with their neighbours is what’s necessary for both sides. I work a lot in the social justice world and there’s, understandably, a lot of criticism of Israel, to the point of vilification, and I don’t find that so useful. I think that there’s an extraordinary amount of trauma resulting from the oppression but I think that the oppression itself is coming from a traumatised space. It’s also important to heal Jewish-Israelis and even IDF soldiers so that they can recognise the harm that they’re causing.

Could MDMA have an effect on resilience as well?

Absolutely, and I think that’s because this treatment is not like ‘here’s a band aid for your cut’, it’s about understanding how your behaviours or responses to a situation are affecting your current state. That doesn’t necessarily mean that the person wouldn’t experience PTSD again in some other way, but I think that it would give them a different perspective. Just knowing that they managed to come through the trauma once could contribute so much to resilience considering that a lot of people with PTSD struggle even to imagine feeling better.

Then it’s not only the ability to look back and re-understand negative experiences, but to have the tools available to you to not let those experiences effect you so negatively in the first place.

And another thing that’s a really important part of all psychedelic therapy and healing is the integration process, which I think is also a part of resilience, where you rely on and work with your community supports or develop other holistic practices so that it’s easier to be resilient if you were to encounter another trauma.

Have you come across any other disorders or even social phenomena which MDMA could also help with in the future?

MAPS is actually doing a few other MDMA studies. One for anxiety in adults with autism, another for couples where one member of the couple does have PTSD and, in Marin, in California, we’re doing an MDMA therapy study for the anxiety related with being diagnosed with a life-threatening illness; in all cases, we’re already seeing exciting results. I’ve also had some really promising conversations with a professor at the USF (University of San Fransisco) Center of Transgender Health Excellence. Transgender women have some of the highest rates of trauma of any population so she’s interested in trying to start an MDMA study with that population.

I’ve also spoken to Dr. Monnica Williams, who’s a leading researcher in racial trauma, and she’s trying to develop a study on PTSD as a result of racism. And even those these studies would also look at trauma, this work has broader implications; what would it mean to have PTSD from racism – anyone could have that. I’m interested in those studies because of the bigger conversation I hope that they will foster. Another study that I’d like to see is MDMA therapy for anorexia and in the UK, Dr. Ben Sessa is starting an MDMA study for alcoholism. A lot of these so-called mental illnesses are based in trauma of different sorts so I see so much potential for MDMA therapy.

When you start to look through the lens of trauma, you see that it’s actually a part of many other disorders, as well as societal challenges or problems like racism or discrimination, and you realise that trauma is actually at the root of many of the negative things in our society.

And I also think that that lens, the trauma lens, is so valuable because it allows you to see that there is no such thing as an evil person – people are acting from their own pain.  That’s a really important lens to have, one of compassion, because so much of our society is about ‘othering’ other people and blaming other people, but understanding trauma lets us see that everyone has a reason for how they’re acting.

The harm people are causing others is not necessarily intentional or, even if it is intentional, it comes from a place of their own hurt. Any way that we can break that cycle is so valuable on an individual level and will hopefully impact a broader understanding and consciousness.

Compassion for people who do bad things or hurt others, however difficult, could be the only way to create significant, long-lasting positive change.

Natalie Ginsberg is the Policy and Advocacy Manager at MAPS. Tweets @Natalie_Lyla