Rough sleepers could be given a home before undergoing treatment for their drug, alcohol and mental health needs as part of a new initiative being considered by the Government.

In a report published today, think tank the Centre for Social Justice (CSJ) has recommended the adoption of Finland’s ‘Housing First’ model – a proposal welcomed by the Communities and Local Government Secretary Sajid Javid.

Currently, people rough sleeping in the UK are often only able to obtain accommodation if they are receiving treatment for drug and alcohol misuse.

Under Housing First, individuals would first be provided with a stable home and then be encouraged to engage with mental health services, drug and alcohol support, and training to find employment.

The Government would also be responsible for increasing the number of low-cost rental properties available for people to live in as part of the scheme.

Rough sleeping is continuing to rise, with around 34,500 people sleeping rough in England each year, according to the CSJ.

The think tank estimates that this costs the Government £1 billion a year in health, drug rehabilitation and criminal justice spending and that the UK’s own Housing First programme would only cost £110 million a year and “pay for itself within three years”.

“Forcing people to tackle their addictions before they are offered stable accommodation has been found to make their lives even more chaotic rather than as acting as an incentive to change,” it said.

The scheme has been piloted in parts of the UK including Manchester, Glasgow and Camden. In Manchester, it achieved up to 80 per cent sustained tenancies with only a small number of reports of anti-social behaviour, saving the local authority £2.51 for every £1 invested, according to the CSJ.

“It makes a strong case for how Housing First can be a very good way of supporting people with very complex needs,” he said.

“It’s one of the elements that can help address this. It’s also vital to get the right services around people to sustain their tenancies and aid their recovery.

“There’s always a risk that people who are living very complex lives don’t get the support they need and often we find that services struggle to meet the needs of people who don’t fit into neat boxes.

“But, at the moment, we have very effective substance misuse services. The provision is there, but people need to access it at the right time.”

For Paul Hayes, CEO of Collective Voice, which represents the drug and alcohol treatment sector to government and the public, a UK Housing First scheme would not address, what he sees as, the lack of services for people to be referred into once they are housed.

“It’s a nice slogan,” he said. “The truth in it is you shouldn’t have to wait until people’s problems are resolved to house them. And it’s better than leaving people on the streets. 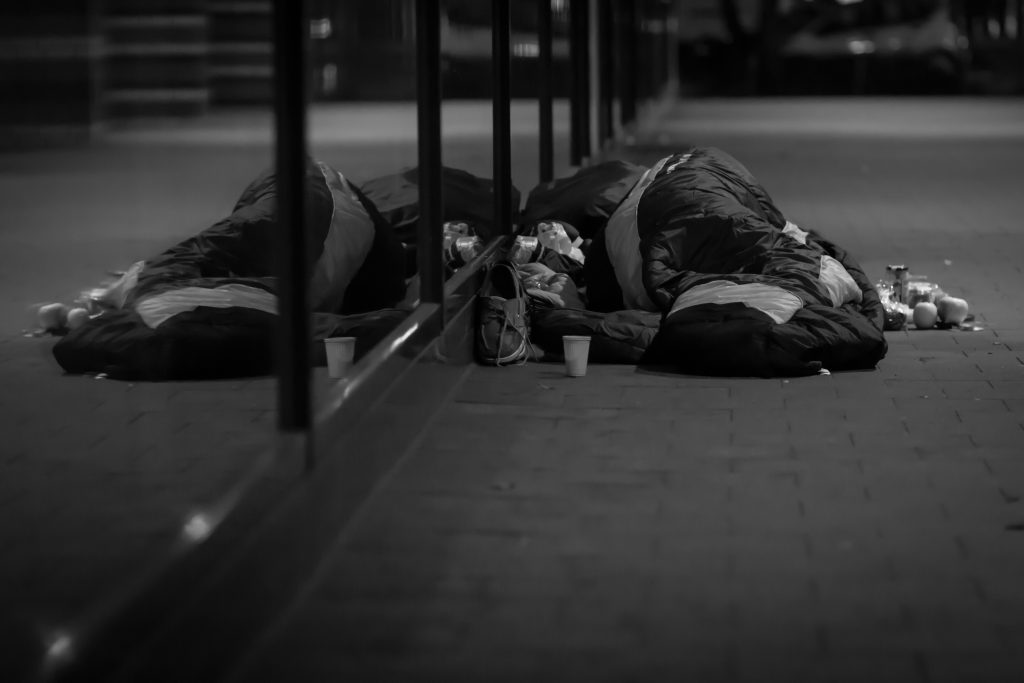 “Housing First is fine as long as it doesn’t become ‘housing only’.

“My understanding of where Housing First has been successful is where people have had access to stable accommodation at the same time as being able to resolve their other problems.

“If Sajid Javid is serious, the question he should be asking is how likely is it that someone will be able to sustain a tenancy if their drug and alcohol and mental health problems are not addressed alongside their housing.

“People need a place to live. But they also need a job, help to stop offending, treatment – all of this has to be a package.

“The focus needs to be on the individual and looking at the whole person.”

Mr Javid has said he will be visiting Finland to learn about how Housing First has been successfully implemented there and that his department would be “studying the recommendations closely as this is a cause close to my heart”.

Andy Cook, chief executive of the CSJ, said: “Home is the secure base for the whole of life. Without this people are unable to lead settled lives, maintain employment or provide an environment that will help their children escape poverty.

“Housing First echoes the CSJ’s guiding principles by addressing the causes of homelessness and not just treating the symptoms. The scheme offers a long-term solution for some of the most vulnerable people in our society. It is a smart, upfront investment that will save the Government money and, more importantly, save lives.”

On Young Women and Skunk

Fumbling Around in the Dark