The UN General Assembly (GA) is responsible for passing the three main international drug conventions of 1961, 1971 and 1988 that shape modern drug policy. The UN bodies specifically dedicated to drug policy are the United Nations Office on Drugs and Crime (UNODC) and the Commission of Narcotic Drugs (CND). The International Narcotics Control Board (INCB) is a quasi-judiciary body with the task to oversee the implementation of the three conventions. Amongst these three entities, the support for the conventions and the prohibitionist approach is high.

But what about other UN entities? Last year, a joint statement from the World Health Organization and the UN made international headlights by calling for “Reviewing and repealing punitive laws that have been proven to have negative health outcomes and that counter established public health evidence”. And more UN entities are playing the same tone. In their contributions for the United Nations General Assembly Special Session (UNGASS) 2016 on the world drug problem, the Office of the High Commissioner for Human Rights (OHCHR), UN AIDS, UN Women, UN Development Programme (UNDP) and the Special Rapporteur on the right of everyone to the highest attainable standard of mental and physical health call for similar actions ranging from decriminalization of drug use to the establishment of harm reduction services. A new recent development is the appointment of Antonio Guterres as Secretary General (SG) of the UN. As Portuguese politician, he was responsible for the countries move to decriminalize drug use in 2001. The success of this move is now internationally acknowledged. And he is making subtle moves to change the framework of UN drug policy. In an opening statement for the 61st session of the CND, he said the following: “I am particularly proud of the results of the reforms I introduced in Portugal when I was Prime Minister almost 20 years ago.”, and further: “Current efforts have fallen short of the goal to eliminate the illicit drugs market.”. Just two days later, the CND dedicated an entire day to discuss the goals of the 2009 Political Declaration and Plan of Action that includes goals such as the complete eradication of illicit cannabis, coca and opium cultivation. With the SG recognizing the failure of current drug policy approaches and just one year left to achieve the ridiculous 2009 goals, it becomes obvious that the UNODC, CND and INCB are facing stern opposition from within the UN.

Portugal is an interesting case for these organizations. The INCB visited the country twice and found that it is in full compliance with the international conventions. The former INCB head, Werner Sipp, said on a special event at the reconvened 58th session of the CND that: “ […] the Portuguese approach can be considered as a model of best practices.”. You’d think as a “model of best practices” the Portuguese model would be promoted by the INCB. You’d be wrong. In their contribution to UNGASS 2016, the words “comprehensive, integrated and balanced approach” are shuffled around more often than cards on a poker table. Decriminalization and harm reduction? Nowhere to be found. 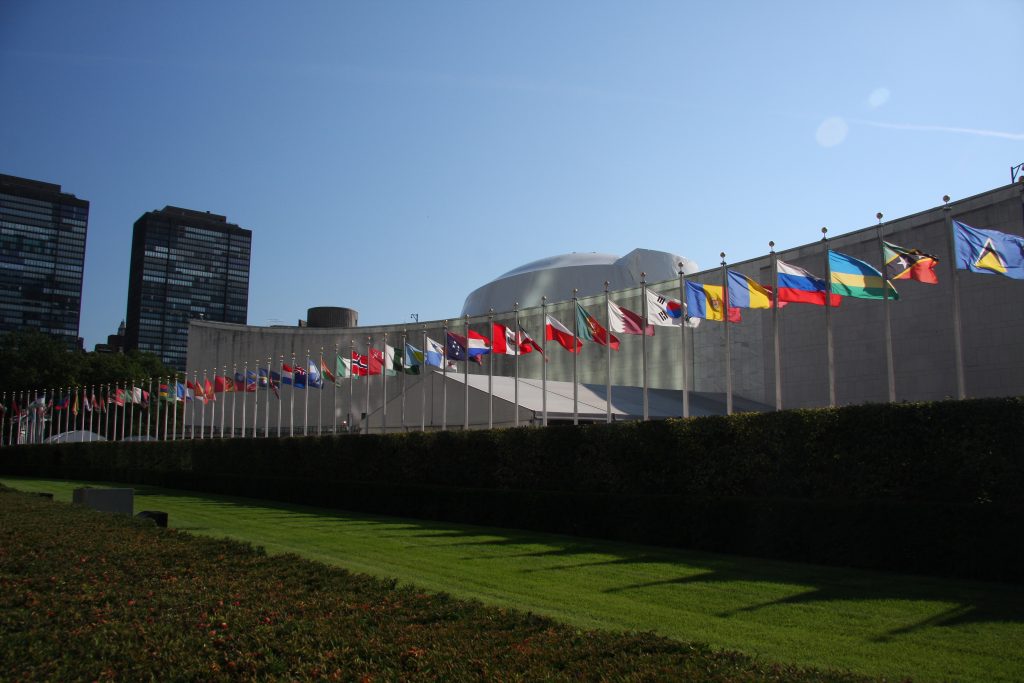 In their defense, the INCB is just a monitoring body. It is not able to pass legislation. Documents like the UNGASS Outcome Document or the 2009 Declaration are drafted by the CND and passed by the GA. But the CND only consists of 53 member states and has frequently shown that the involvement from civil society or other UN entities is not welcome. Adding to that is the consensus voting system of the CND: Results are always the lowest common denominator, often disregarding public health research. That’s the reason why Dronabinol, a cannabis-based medicine, is still in Schedule II, the same schedule as amphetamines, GHB and methamphetamines, under the 1971 Convention on Psychotropic Substances, even though WHO argued for the reclassification in Schedule III, making the medication potentially easier to access. States can also use their CND votes as instruments for domestic policy, showing their “tough” approach on drugs and thereby manipulating international drug policy.

Of course, drug policy change at UN level is slow. It is a long and excruciating process that naturally comes with the bureaucratic system of the UN. Expecting major changes in a brief time is delusional and unrealistic under the current UN framework, but the current situation is a mess at best. Notable UN entities like WHO and OHCHR recognize the negative impacts international drug policy had on human rights, public health and international development. They are supported by their own SG but are getting neglected by the entities specifically tasked with drugs. The CND is unable to pass meaningful legislation and the INCB is unwilling to promote proven public health measures and is occupied with sending out Alerts concerning supervised injection rooms, another well studied public health measure.

Drug policy at UN level is complicated. The division between health and human rights-oriented entities and the entities dealing with drugs is obvious. Without fundamental changes to this system, expectations that change might come from the UN will remain low.

Written by Nils Biedermann, a student of political science and public administration at the university of Konstanz. His main interests are international and national drug policy, the future regulation of currently illegal drugs, connections between political science and other areas of drug science, the non-problematic use of drugs and psychedelic science.