There have been reports that Olympians are allowed, sort of, to consume cannabis.

It’s still a grey area, but the interpretation is that as long as an athlete doesn’t consume directly before competing, it’s likely that they will escape any reprisal. As a young man, Canadian Ross Rebagliati was the first ever Olympic snowboarding gold medallist, but he hit the headlines in Nagano’s 1998 Olympics for very different reasons to that of his monumental achievement. 18 years later, and the world is a very different place for athletes that may have THC in their bodies…

Ross, like any international competitor, put in a lot of hours to make it to the top of his sport:

I started competing in 1988, so it was essentially 10 years preparation for me to reach the 1998 Nagano Olympics. I was used to competing at senior level, but the Olympics are a different ballgame. An untold amount of preparation goes in; I was in the gym 3 hours a day, 6 days a week, lifting weights, cycling to stay in shape. We were on the snow 200 days a year just training. It’s an unbelievable amount of time and sacrifice. You have no social life other than the people around the snowboarding scene. After a few months of being on tour, your phone stops ringing.

Ross, now 45, tries to describe the unrelenting emotions that come with gaining a sport’s highest accolade:

Words cannot describe the sense of accomplishment when I actually won gold. The fact it’s all over is a relief. I had won, finally won, and it’s all worth it. To have the recognition that my peers respected me as an athlete began to hit home. That said, nothing is how you’d expect it. It took a while to sink in.

It was the next morning, we had the award ceremony and all the guys had finished their events. It was at this point that a few of us were in my room. A coach came in and told everyone to leave and that I needed to sit down. It was obvious something was up; I figured that it had to be something to do with the drug test given the timing of it all. I told my coach very early on that the only thing I could think of was that I showed positive for cannabis as it was the only thing I had been exposed to leading up to the Olympics. It was then discussed, ‘Ok, it won’t be the biggest problem in the world’ – I wouldn’t be the only athlete to test positive to cannabis and still retain the medal. There have been cases in the past where it’s all worked out. 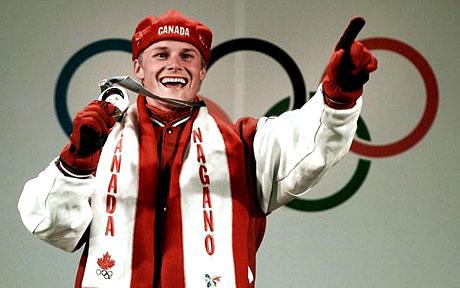 After Ross was stripped of the gold medal, it soon became clear that there was indeed a grey area and a very curious twist in the tale:

It wasn’t clear to us if THC was on the banned substance list or not. This then begs the question: Why even take the medal away from me? It must have been embarrassing for the IOC to try to strip me of my medal for testing positive to a substance that wasn’t banned. It’s frustrating – my athletic accomplishments were overshadowed by what preceded. I became infamous for the wrong reasons.

We had stayed away from it [cannabis] on the world circuit – we just assumed and we didn’t question the IOC. We simply stayed away from all substances. Snowboarders are kind of a big family, so we don’t tend to want to enhance ourselves to outdo a fellow competitor.

There were a lot of parties. There was a wake on the lead up to the Olympics for a friend who was buried in an avalanche, and there was a lot of cannabis consumed around at this tragic event, but I hadn’t been smoking it myself at that time. I wasn’t consuming cannabis, but I also didn’t think I’d have to change my environment or alienate myself from my friends; I just wouldn’t use cannabis, it’s that simple really.

Retrospectively, and with cannabinoids shrouded in cultural ignorance, how did Ross’ countrymen react to him after his 1998 gold medal stripping incident?

Instantly, there was an almost social revolution on the back of it. Canadians were very excepting of cannabis, so I received so much support. I came home to a hero’s welcome. The Prime Minister of Canada called me after I got my medal reinstated. He said that the country supported me and that I had handled myself really well. I had spent a night in a Japanese jail, so as you can imagine, when I was celebrated in such a way, well, that meant a lot to me.

It became apparent that culture had changed. People were open to sensible discussion on cannabis, and were ready to actually explore the benefits. I’m not sure if it’s more or less of a controversial issue now. It’s certainly a lot more mainstream. As we all know, four US states have fully legalised, so things have certainly come on culturally. 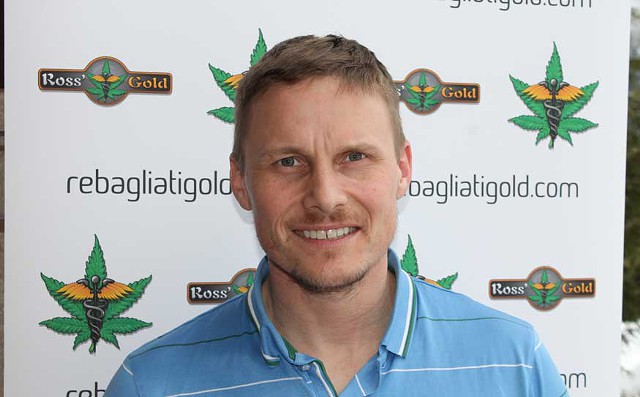 Canada is now in the early phases of instituting a fully legalised cannabis market. Not only is Ross Rebagliati now in the process of starting his own medical cannabis programme in his home country under the symbolical banner of ‘Ross’ Gold’, but he has also become the go-to guy in media circles when cannabis and athletics become intertwined.

Mild furore inevitably follows when an athlete is found with cannabis in their system, but times are certainly changing. The NFL are now in the process of early discussions; not only to turn a blind eye to THC in their football players’ systems, but they are further theorising as to whether to implement a medical cannabis programme for their athletes in efforts to curtail prescription drug dependency and promote harm reduction. The use of cannabis in sports has been contentious in the past, but now seems to be on a platform of legitimacy. Many athletes such as Michael Phelps and Usain Bolt have admitted cannabis use.

The wider issue of global cannabis policy is progressing, but what does Ross think of the immediate future?

We’re looking at a cultural issue; some countries are more open to the debate than others. We’re on a different platform now, the scientific evidence is there proving benefits and dispelling the propaganda. The economic benefits are too hard to ignore. There aren’t that many overnight multi-million dollar industries and we’re looking at one right here.

“When politicians start seeing that this is a vote swinger, then you have momentum. We’re heading towards an election here in Canada and some are using the legalisation issue as their platform. I think we’re at that crucial stage now.

So many people use cannabis responsibly. I clearly do not advocate underage use, or to consume irresponsibly, but the sheer amount of honest, normal, family oriented people that have lost jobs or freedom over their cannabis use… how can we justify this? We’re still maintaining this policy that rips families apart simply because of the law. The only people that profit from this are the underground industries and organised crime.

Global change is happening faster than we expected. As I said, once we see politicians riding the bandwagon, you know something is changing, and when it does, it’ll change quickly.

This interview has been re-edited from a previous version first published in 2013.