‘As the Legal Marijuana Industry Grows, Businesses Struggle to Differentiate and Market Themselves’ – reads the title of an article published in this month’s issue of The Atlantic:

Marijuana businesses are now focused on making their brands seem distinct from one another, but still inviting to the general public. LivWell Enlightened Health, one of Colorado’s largest dispensary chains, publishes ads featuring some of the diligent-looking farmers and scientists it employs, to communicate professionalism and trustworthiness. Cannabrand, meanwhile, has rebranded one client, a dispensary originally called Verde Wellness Center, as Verde Natural, to suggest a rustic, sustainable, back-to-the-earth vibe.

The piece makes for very interesting reading – as cannabis is becoming legalised throughout the USA, the corporate world finds itself tasked with rebranding the plant.

Companies such as Cannabrand must operate on two fronts: sanitising cannabis in order to convince those who are yet to partake in its consumption that doing so is safe and fits in with their lifestyle, whilst keeping its appeal intact to those who have become more accustomed to purchasing their product via the criminal market, with its clear baggies and other conspiratorial accoutrements. 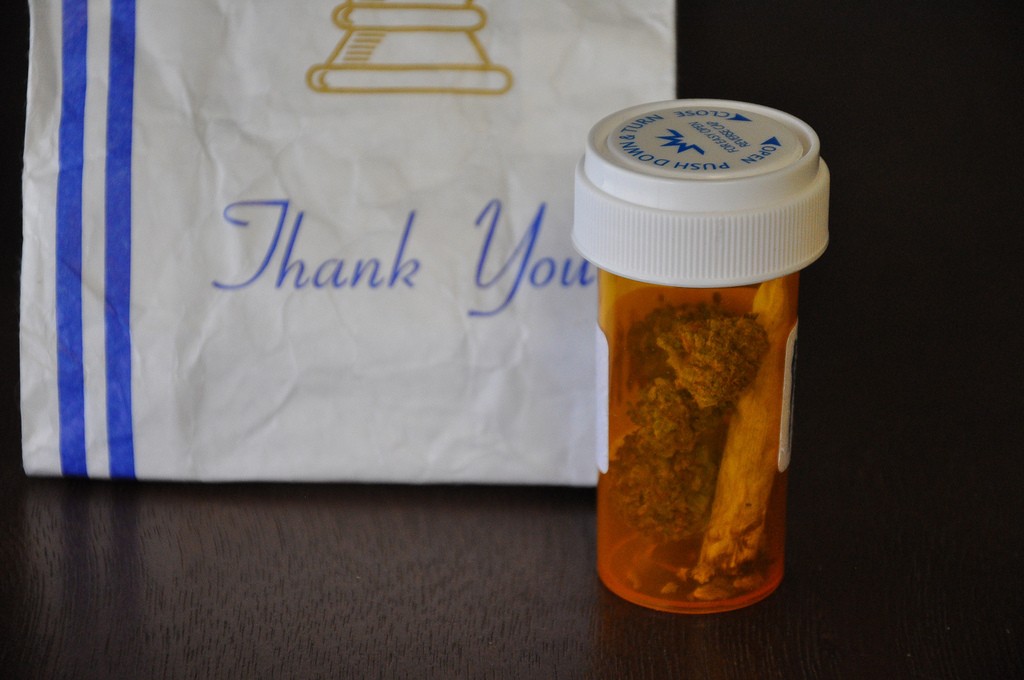 However, the aforementioned criminal market has not operated in a vacuum – Stoner Culture has assumed a formidable brand identity despite having been illegal for so long. The quasi prohibited status of cannabis gives it a romantic (to some) Che Guevara-style ‘safe outlaw’ image in popular culture – somewhat provocative but certainly playful.

The article goes onto discuss the comparison between cannabis and alcohol and cigarettes, which are also drug based products that require branding to differentiate its many types and forms, all the while waiting on the dictation of state law and the latest research into the drugs effect on human health:

Still, there will surely come a point at which pot research will intensify—and while research so far suggests that marijuana, in its current form, is less harmful than either tobacco or alcohol, that could change as the product evolves and our understanding of its impact on health deepens. Should that happen, marketing will adapt, and the terms now out of favor—weed, getting high—may come back in. But whether the pot industry of the future bears a closer resemblance to that of beer or cigarettes will ultimately depend less on how it’s marketed than on what it does to us.

But below the surface, the money is moving. Brendan Kennedy is the CEO of Privateer Holdings, an innocuous sounding name for a seriously interesting company. It encompasses three cannabis brands: Leafly, an information resource about strains; Tilray, which produces medicinal cannabis; and Marley Natural, which produces cannabis for recreational users. It operates strongly in places like Canada or Colorado, where progressive government policy has opened up a space for a cannabis market. But Kennedy is seeing lots of UK investors take interest too

Money is moving, to paraphrase Dunt, slowly circling in on the world of cannabis, as it senses a killing to be made. While cannabis subjects itself to rebranding across the board, those in charge of this grand makeover are increasingly starting to resemble proud members of big business:

The American businessman is a strange figurehead for a drug reform movement usually associated with political bloggers and bearded activists. He’s suited, handsome, optimistic and unmistakably corporate. This guy isn’t in it for the politics. He’s in it for the money. And that makes him a useful barometer of investor thinking about cannabis reform

Kennedy himself describes cannabis as ‘a mainstream product consumed by mainstream people,’ and this appears to be the guiding principle for those in business courting the long-awaited CannaBillions.

Turning attention to matters closer to home, The Courier published a piece on Medium, wherein they commissioned an advertising agency to design a new brand for cannabis in the UK:

Cannabis is an unusual thing to brand. It’s both illegal and everywhere, taboo but almost universally accepted, artisanal and base. At the heart of the challenge was a similar tension: creating a very new brand for a very old product

The Corporate sector is approaching cannabis legalisation as an ‘inevitability’, and one can safely assume that those in the UK are readying themselves accordingly for the oncoming ‘green rush’.

However, though still federally illegal in the USA, companies across the pond have seized upon those markets where laws have been relaxed, and are already cultivating and honing their own branded visions of cannabis. Thus, the notorious forcefulness of American business threatens to leave their UK counterparts in corporate cannabis way behind the pack, should their government continue to linger into updating their regulations.