Beyond legislation and law enforcement, the messages discouraging the consumption of cocaine should explore new approaches to build a responsible society towards cocaine trafficking.

My curiosity was tickled when I read an interview of Tony Saggers (former Head of Drugs Threat and Intelligence at the National Crime Agency) in The Times, where he pointed out the hypocrisy of the British middle class condemning the violence related to drug trafficking whilst consuming the very product that is the reason for this violence.

This source of this hypocrisy is that cocaine consumers do not feel connected to the horrors that emerge from the production, distribution, and consumption of cocaine. As long as these crimes do not happen in their neighbourhood they do not realise – or turn a blind eye, that they are a key link in the commerce of cocaine and everything related to it, including the violence. Breaking or weakening that link is a key asset in reducing the commerce of cocaine.

When I asked him why he chose to focus his statement on this, his response was that his point is more about building a responsible society when it comes to the consumption and trade of cocaine – and illegal drugs in general.

During my discussion with him he said: “although cocaine use is illegal, there has become a degree of social acceptance and many talk about snorting cocaine like they would talk about drinking a beer or having a cigarette. Why do responsible people, who condemn the atrocity of violence and exploitation related to drug trafficking, not feel concerned about funding it? I feel there is a responsibility to point out that their consumption funds a wide range of other crimes.”

The fact is prohibition of cocaine and the enforcement of laws aren’t stopping the demand. Saggers believes that when all the resources the Government has available are stretched to the maximum, you have to appeal to the society in other ways to reduce the consumption of cocaine. He therefore recommends that “companies within sectors that are aware cocaine is potentially prevalent, implement corporate action around the moral and ethical responsibility for an industry’s relationship to the cocaine market. {…} Companies should be educating their staff about the impact of cocaine abuse on their health and wider society and also an accurate awareness of the damage caused by cocaine funds.”

The new approach Saggers proposes is that the current messages discouraging to use cocaine for health reasons should be reinforced with social campaigns emphasising that as a group of people, we form a society whose goal is to improve itself, and the consumption of cocaine and funding of drug-related violence lead to the opposite direction. In other words people should realise that their consumption of cocaine has a butterfly effect leading to atrocious crimes and violence, including slavery and the exploitation of women in the sex industry, gun violence, extortion, etc. 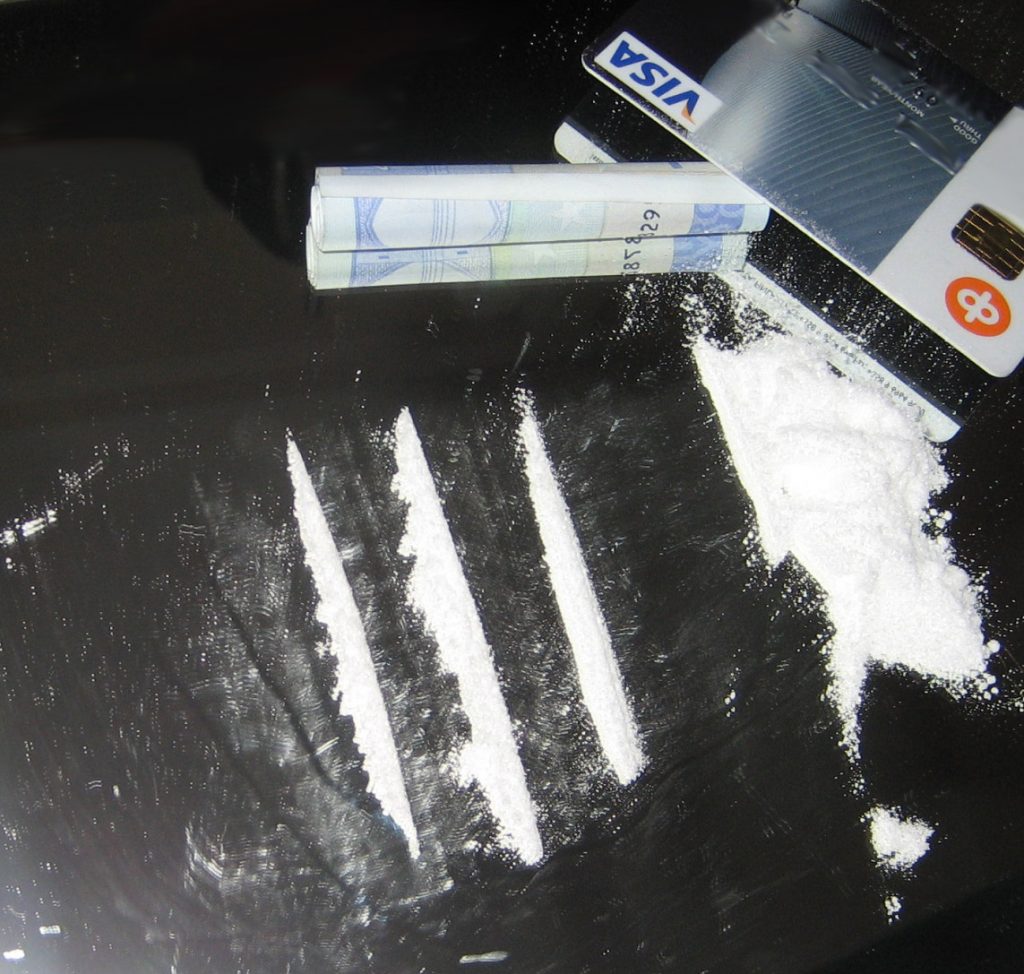 The expression of Cicero money is the sinews of war can be applied to all markets, including black markets. By reducing the demand and therefore the income of drug lords and other actors involved in drug-related violence, we reduce their influence on minorities and the means they have to put pressure on them; such as paying militia or corrupt government officials and/or law enforcement officers. Saggers hopes that adopting messages in favor of building a responsible society would play a part in reducing drug traffickers’ means and influence.

Saggers goes on to explain that this discussion is relevant for cocaine users but obviously isn’t for crack or heroin because these substances are a lot more addictive, and it would be complicated for addicts to appeal to such arguments. Saggers illustrates his point by saying that “some people using cocaine and cigarettes would say it’s easier to stop cocaine than tobacco – the ethical choice to do so should therefore be not too challenging for many users”.

After listening to his approach, the question that naturally popped in my mind was to know whether he was an advocate of the legalisation of cocaine, as in my opinion regulating the market would allow the State to identify and secure production sites, supply chains and distribution modes by applying relevant regulation, e.g. basic human rights.

“in my opinion, proposing the legalisation of cocaine within a regulated market, is the most ill-informed solution to the problem. There are many other options to consider, regarding how to deal with people found in possession for personal use. Cocaine is an expensive commodity in the United Kingdom, even more so than gold. Drug Trafficking Organised Crime Groups are achieving huge profits from the sale of cocaine. Even If the Government attempted to reduce criminal profits, by regulating the market, there is enough elasticity in prices from source to street for criminals to undercut an expensive regulated market, and maintain control. They would simply find other ways to keep their overheads down, which would most likely increase the levels of exploitation, violence and ruthlessness currently being experienced.”

Saggers explained that criminals find a way to exploit the market no matter what. To illustrate his argument, he looked at benzocaine. Benzocaine arrived on the criminal British market around 2008. In 2008-9 benzocaine was legal and its value was skyrocketing. When its supply to the underground drugs trade was made illegal, records of benzocaine seized in UK ports dropped significantly. However a seizure of benzocaine at the British border showed that drug dealers had put pressure on Chinese manufacturers to change the labels on the boxes they were importing benzocaine in.

As mentioned earlier, cocaine is a very profitable market, which allows Saggers to believe that drug cartels would not abandon their source of revenue so easily. The people implicated in drug trafficking constitute huge organisations with tremendous means. According to Saggers, criminals would adapt to a legalised cocaine market in the same way that they adapted to the prohibition of benzocaine, and would for example bring in smaller quantities of cocaine in the United Kingdom, e.g. packs of 10 to 30 kilos of at a time in small planes.

He concluded our discussion by reiterating the necessity to take new approaches to protect drug users from drug harm and build a responsible society.