This article was originally published on the Beckley Foundation blog.

Three perspectives, one conclusion: whilst drugs are illegal, no one is safe. We heard from Neil Woods, former undercover agent and chairman of LEAP UK (Law Enforcement Against Prohibition), writer and activist Anne-Marie Cockburn, whose daughter Martha tragically died of an overdose at 15, and veteran drug policy reformer Jane Slater of Transform Drug Policy about why prohibition isn’t working, and how UK drug policy needs to change.

“It would be easy to say that the drugs killed my sons, and that they should continue to be banned,” says Ray Lakeman, “but they knew that they were illegal […] and that didn’t stop them using it. Like so many others, despite knowing drugs are potentially dangerous and illegal, they enjoyed their effects.” Jaques, 20, and Torin, 19, died in 2009 of an overdose of MDMA. We’re hearing Lakeman speak, on video, about the surreal, harrowing experience of losing his sons, at an event hosted by Anyone’s Child at St Barnabus Church in Oxford.

In the aftermath of losing his sons, Lakeman joined the Anyone’s Child campaign. He is part of a growing contingent of parents who are acutely reminded, every day, that prohibition didn’t protect their children. These bereft families are united not only in their grief, but in the belief that -if their son/daughter/cousin/friend had taken a substance of a standardised purity, which had come packaged with appropriate instructions, they would still be alive today. So they campaign for the legal regulation of all drugs. “Taking drugs is part of youth culture,” says Lakeman, as the camera pans and we glimpse the teenage normalcy of his sons’ bedrooms. “If you can’t stop it, you’ve got to make it safe. And you can’t stop it.”

asks Slater, who co-ordinates the Anyone’s Child campaign. “Because families haven’t been protected by current drug policy.” Anyone’s Child began to form after Slater was approached by Anne-Marie Cockburn, the mother of Martha, 15, who left the house on a summer’s day on her bicycle in 2013, and accidentally overdosed a few hours later after swallowing half a gram of MDMA which was 91% pure. 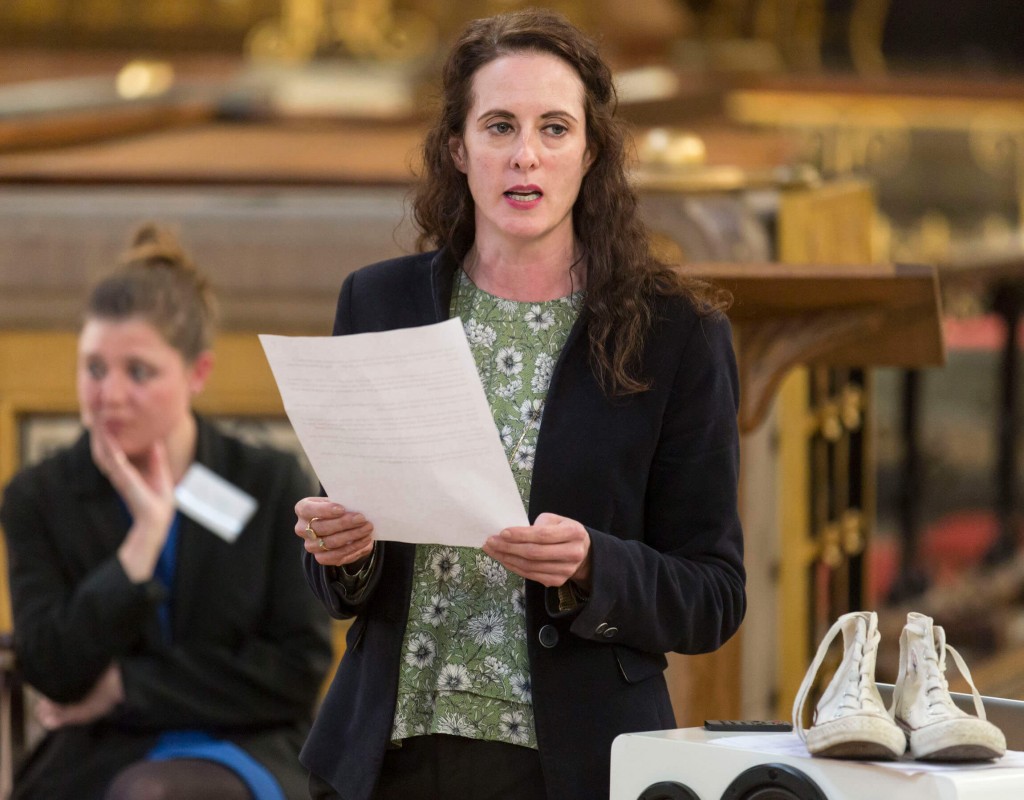 “My primal scream to you is don’t forget my Martha; her death was preventable.” Anne-Marie Cockburn (Image: Transform)

Martha’s death was the stimulus for Anyone’s Child: part of a relentless litany of fatalities which have occurred because street drugs can be too strong, are taken in greater quantities than befits their unknown strength, and can even turn out to be a different substance altogether. “Making it illegal didn’t protect me and every week 50 people in the UK die from a drug-related death,” reads the incontestable greeting message on the homepage of “What Martha Did Next,” the website from which Cockburn manages her mission.

And Martha’s message is rapidly gaining traction. In 2015, a band of Anyone’s Child representatives marched to 10 Downing Street to deliver a petition calling for a total overhaul of current UK drug policy. The Anyone’s Child clan currently has members in nine countries, including Uganda and Mexico, and, ahead of the UN General Assembly Special Session (UNGASS) on drugs in April 2016, a group of over 50 Anyone’s Child families petitioned for drug policy reform outside the UN HQ in New York. 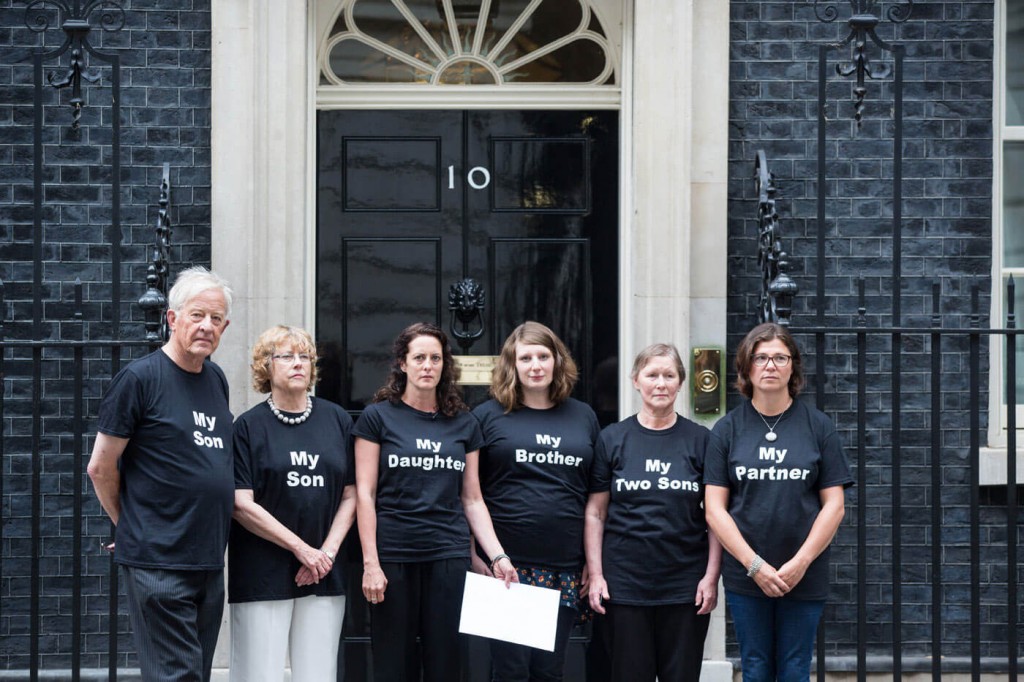 Slater attended UNGASS with mother and drug policy reformer Donna May, who has lost her daughter to drug-related complications. May’s story was cited at the Special Session by the Canadian Minister of Health, Jane Philpott, as the most poignant exemplification of the need to start thinking of drug use as a health issue rather than a criminal one, and a wake-up call to governments to replace prohibition with policies that protect before more lives are lost.

“Martha wanted to be safe. She wanted to get high, she didn’t want to die.” 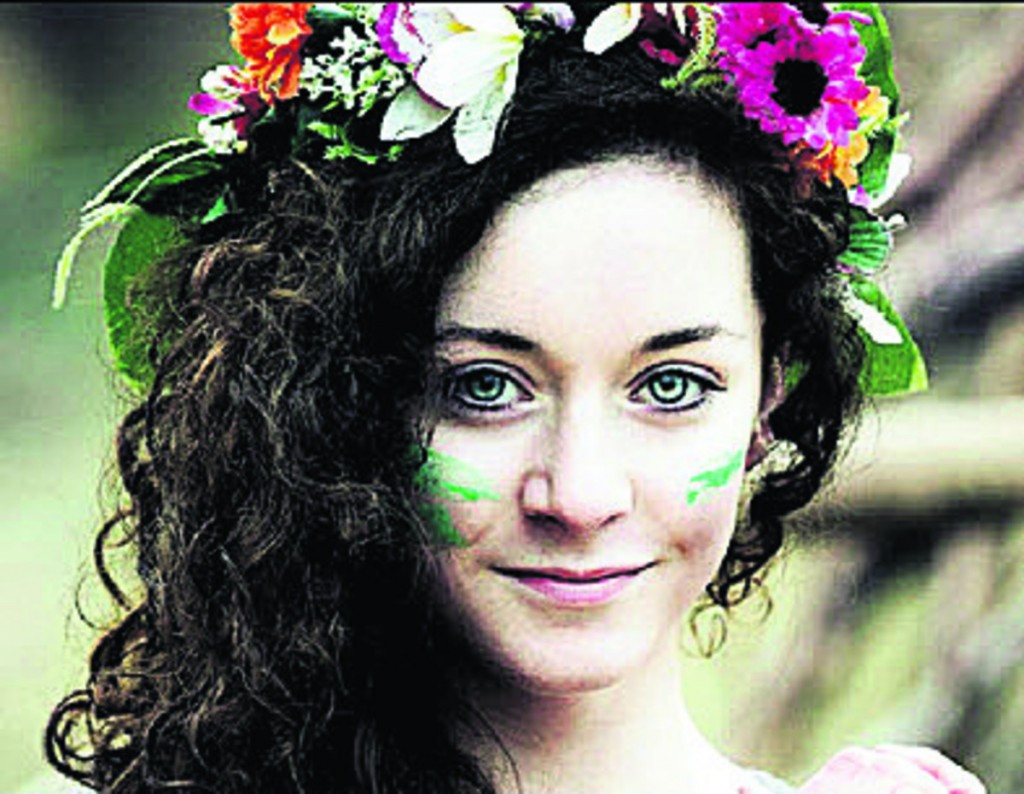 Martha (Image: What Martha Did Next)

Cockburn describes discovering, after the accident, that Martha had looked up how to take the MDMA online. “If drugs came in packaging, Martha would still be alive today.” Cockburn recollects warning Martha about the potential dangers of taking drugs, but recollects that delivering these warnings felt very theoretical, because, “we’re not that sort of family,” a sentiment which sets off a chain of assenting nods along the pews.

“What we have now is very confusing for children,” Slater points out. Because of the stigma surrounding drug use, information about how to take drugs safely is -madly- less readily available than the drugs themselves. “Children are told, ‘don’t take [drugs], and we shouldn’t be talking about them anyway.” Anyone’s Child wants to challenge the parental status quo: seeing as we live in a maelstrom of accessible illegal substances, children should be equipped with useful information about drugs, rather than warnings not to take them.

(An increasing number of independent websites exist which provide unbiased, scientific advice, such as Drugsand.me, The Loop and Drug Science. But the fact that prohibition doesn’t offer drug users protection is exemplified by the UK Home Office’s insidious offering, “Talk to Frank,” an online library of slang names for street drugs, in which each entry lists a handful of their -mostly negative- purported psychological effects, accompanied by aphoristic anecdotes from rueful youths who “gave in to peer pressure.” If, after Talking to Frank, the urban tales of woe do not quash your curiosity and dissuade you from trying your drug of choice, you’re on your own, as Frank’s answers are utterly devoid of both advice and pharmacological information.) 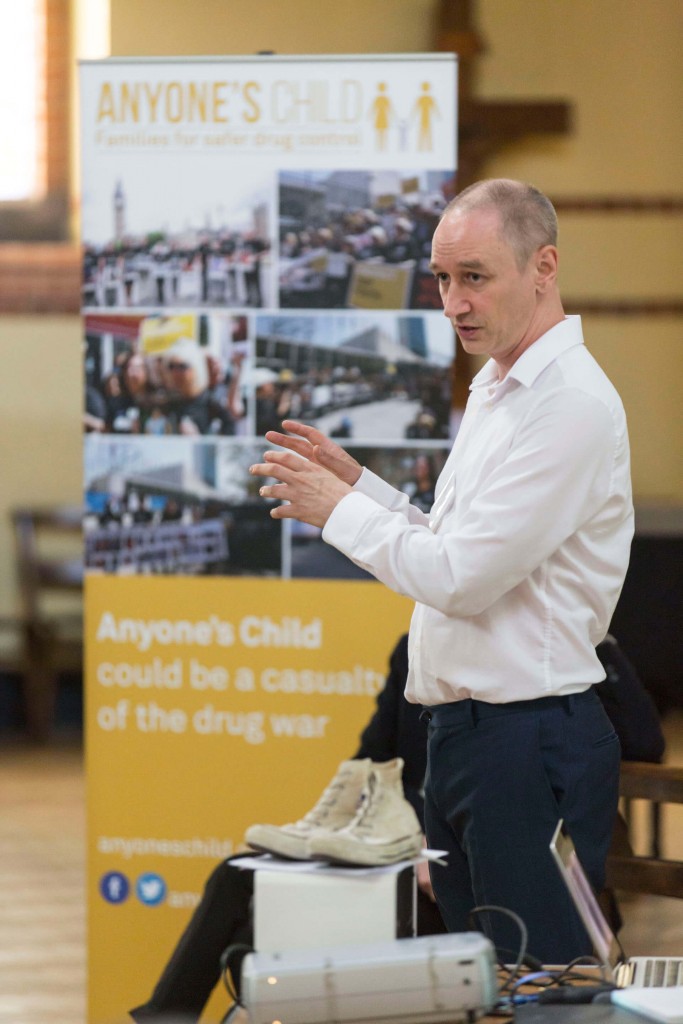 “I’ve seen a great number of drug-related deaths and EVERY SINGLE ONE of them could have been prevented by legal regulation.” Neil Woods (Image: Transform)

“It would be a lot harder for teenagers to get hold of drugs in a regulated market,”

says Woods, “because photo I.D works.” Drunken teenagers are rarer than they used to be, because alcohol is, “much harder to get.” Woods served as an undercover drugs officer in the UK for 14 years, between 1993 and 2007. His address to the Anyone’s Child audience contains several chilling recollections about the people he met during this time period, and whom he now sees as casualties of the “war on drugs.” Hearing him speak at this event is a gripping taster of his full autobiographical account, Good Cop, Bad War, which will be published by Penguin in August 2016. The chief conclusion we draw from his talk, and (spoiler!), which he draws from his time undercover, is that criminalising drug use doesn’t have the intended effect of reducing crime. Surveying countries like Switzerland, Uruguay and Portugal that have adopted more health-orientated drug policies, he demonstrates that, “organised crime disappears once you legalise the drugs that funded it.”

The societal ills against which the war on drugs is (ostensibly) being fought, are exacerbated, if not created, as a result of banning drugs. 1) Drugs are fatally strong because it’s more lucrative to traffic strong drugs; “criminal activity thrives with prohibition.” Woods explains that distributors relish surmounting the practical challenge of packing ever more potent products into increasingly smaller spaces, for ease of transportation. 2) Drugs are accessible to children, because nobody is regulating the sales. And 3) Information about how to take drugs is scarce, because the acceptability of talking about drugs is directly related to their illegality. “You get rid of prohibition, and stigma follows, ” says Wood.

Can the power in the papers bring about a similar sea-change in policy? (Image: Anyone’s Child)

The mainstream media has begun to significantly alter the way drug policy reform is discussed recently. Perhaps this indicates that a legally-sanctioned step away from stigma might be on the cards? “We’re finally seeing the headlines we want to see,” Slater beams, standing in front of a recent Times front-page headline which calls for the legalisation of all drugs. Cockburn agrees, there’s been a turnaround in way the press tell Martha’s story. She contrasts the diatribes about the Anyone’s campaign that used to accompany her photographs, with her latest, much more positive Daily Mail write-up.

Each tragedy that swells the ranks of the Anyone’s Child campaign is preventable, and each one further evidences the fact that legalising and regulating the UK’s supply of drugs will save lives. Nobody’s child needs to provide the government with another case study.

Rosalind Stone is the Communications Officer at the Beckley Foundation. She has written for the Londonist and The Stylist. Tweets @RosalindSt0ne

A Brief History of Soap Operas and Social Change

The Volteface Podcast #14: In Conversation with David Lammy, Live from Labour Conference