What Should Universities Do About Students Who Take Drugs?

It’s an old truism that university is the perfect setting for taking illegal drugs.

They’re easy to find, there are likely to be other students around willing to partake, and important responsibilities are thankfully fleeting. Few lecturers lose sleep over the fact that there was one student missing from their 9am Foundations in Health and Disease class because she was suffering from a massive comedown.

It’s safe to say that, aside from commitments to essays and exams, most students have total independence. 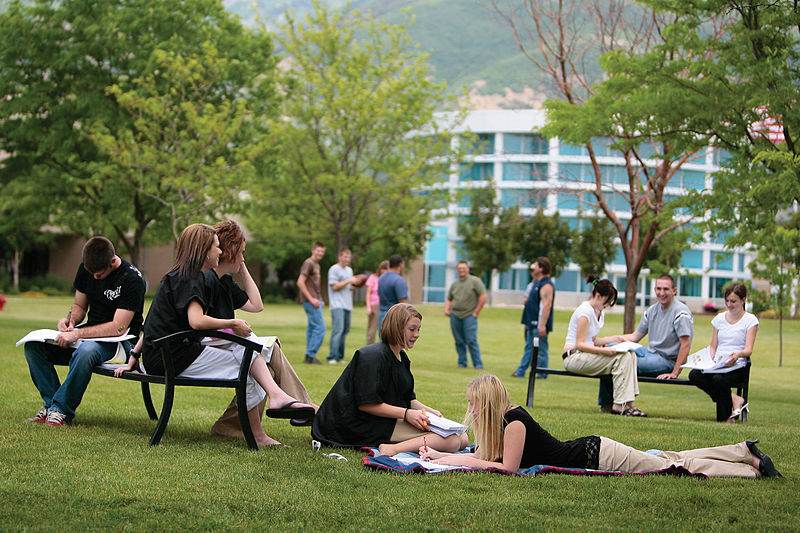 An NHS study shows that the prevalence rate among students who ingested any drug (cannabis, MDMA, psilocybin mushrooms, ketamine et al.) is significantly higher than that for non-students aged 20-22.

In fact, the student drug market is so sought after that dealers take out student loans and enrol at universities, just to tap into the eager gold mine waiting for their service.

So what have universities been doing to fight against the rising numbers? They’re coming down on students, hard.

Student dealers have been known to receive upwards of three years in prison for dealing Class A and B drugs. They walk away with their education disrupted, a record, and no idea how to rejoin a job market which was already so impossible to integrate into. 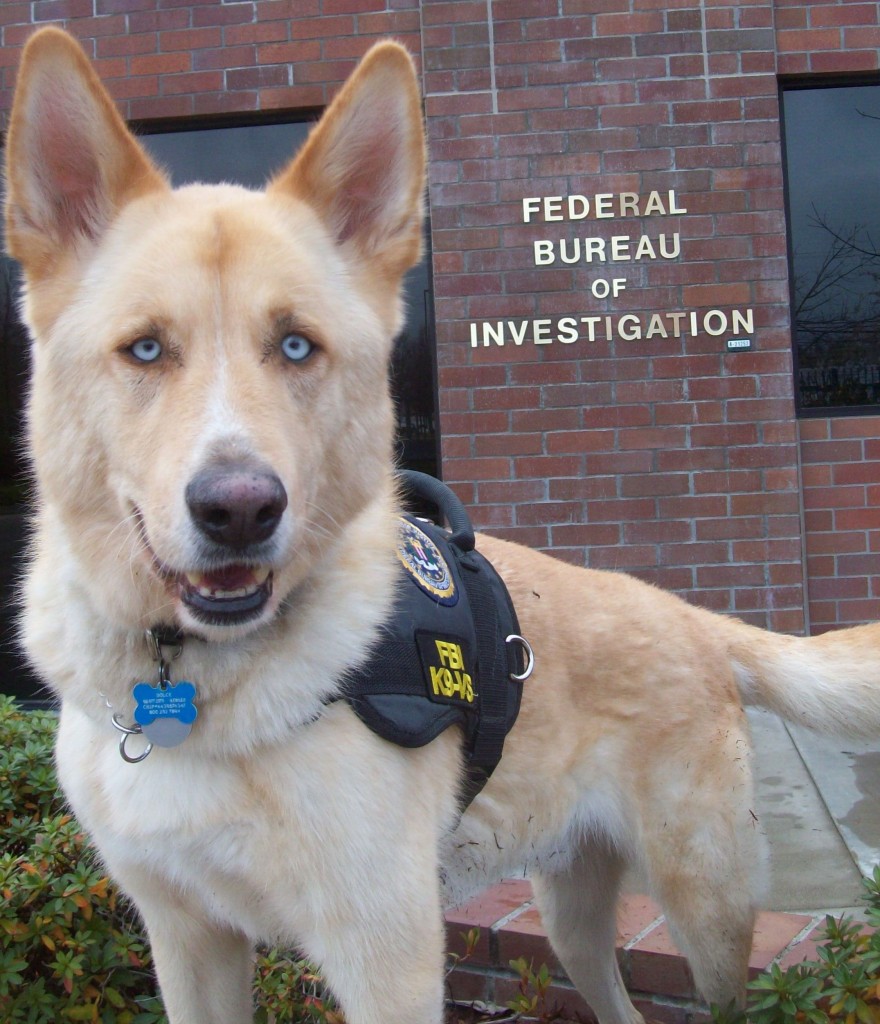 Coming soon to a campus near you… (Source: Wikimedia Commons)

Police Sniffer Dogs have been introduced to the University of Buckingham in an attempt to weed out illegal drug users.

Sir Anthony Seldon, the university’s vice-chancellor, has spearheaded the movement. He claims that the regular police patrols are there to “improve students’ well-being”.

Seldon says illegal drugs are a ‘key factor’ in mental health problems among young people. Indeed, mental health is a mini-disaster zone in UK universities. Crippling student loans, an unmanageable work load and rising expectations to enter an already hostile job market pile onto students who are already homesick and insecure. The main topic of conversation for students is mostly about how much work we have, or how tired we are. This translates into frustration towards the University and a lack of motivation towards a degree that used to foster so much passion.

With the steep increased demands on students’ time and money also comes a dramatic increase of mental health problems on campus, rising from 8,000 to 18,000 in four years. In fact, the NUS reports that 20% of UK students consider themselves to have a mental health problem. Even these staggering statistics are likely to be inaccurate, as most cases are left undiagnosed. 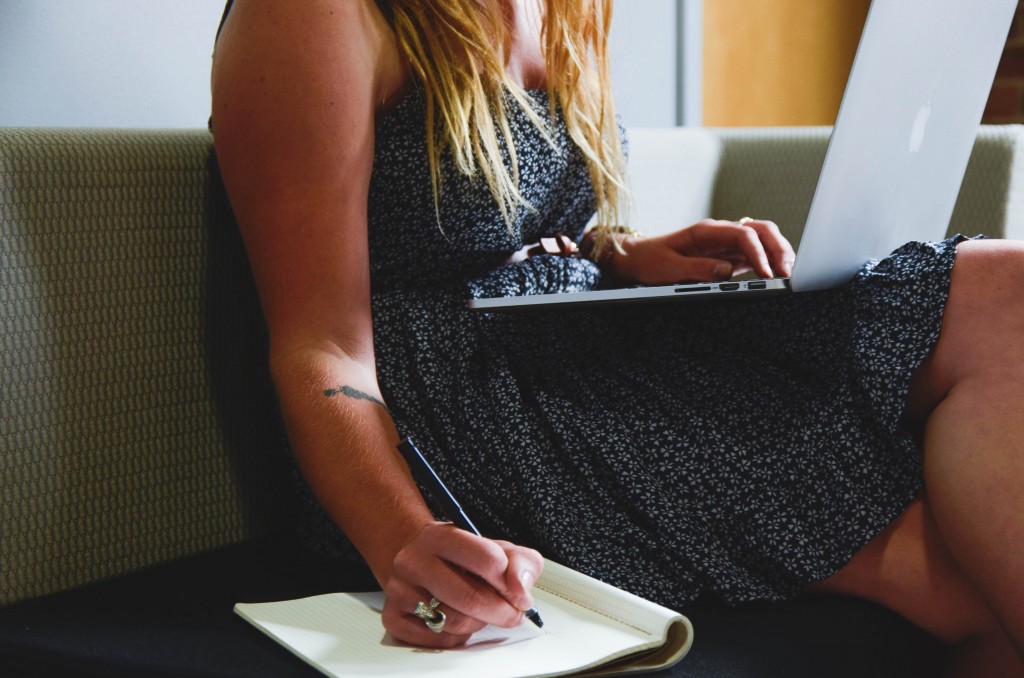 Seldon is right to say that illegal drugs connected to mental health problems among young people. But, he fails to understand that illegal drug use is not a cause of this social epidemic, but a symptom.

Increased pressure from parents and teachers quickly form an unstable environment, one in which a student is much more likely to accept a pill to allow a small moment of respite from the constant stress.

Higher standards of essay and exam results lead to a willingness to do anything to keep up, causing ‘Smart Drugs‘ like Modafinil, Ritalin and Dexedrine to become routine. In addition to being physically and emotionally damaging, the long-term use of prescription drugs is strongly linked to the use of illegal drugs.

Finally, with fees of up to £27,000 for a three year degree and accommodation fees skyrocketing, empty-handed students are far more prone to take the risk of selling drugs.

Buckingham’s frantic crackdown on users will only spark more stress among already strained students. Instead of hunting down students with dogs and imprisoning them for the better part of their youth, the unmanageable expectations must be levied to give students enough breathing room to make safe, informed decisions about substance use. 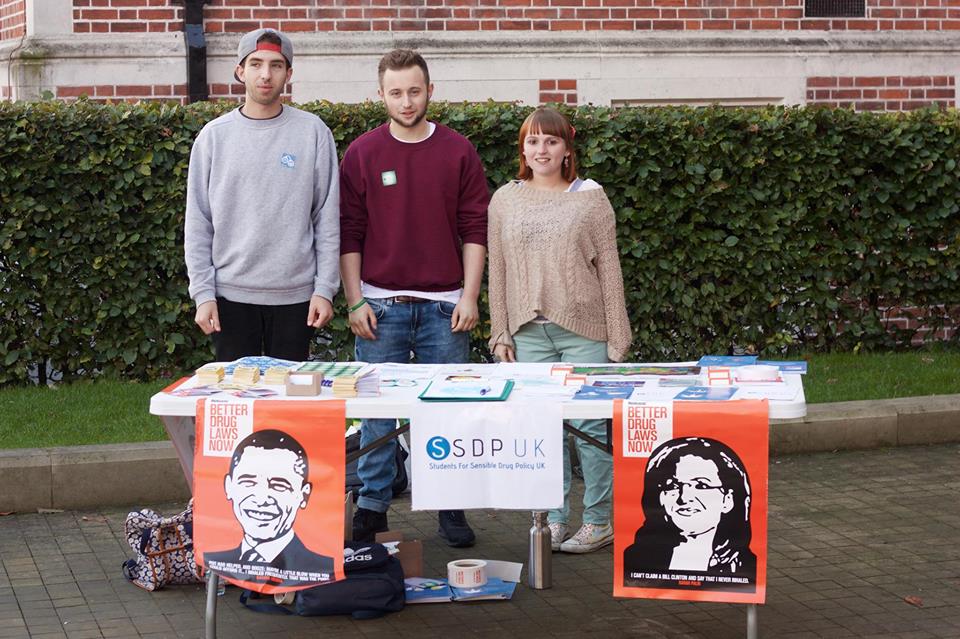 Newcastle University is already acting as a model after a little push from their resident chapter of Students For Sensible Drug Policy. The Independent reports that instead of expelling students caught with possession of illegal substances from the premises, first-offenders will be interviewed and have their eviction suspended on the condition that no further offences are committed.

Most importantly, a system of support will be offered to those who need it. Zoe Carrer, founder of the Newcastle chapter of SSDP, says that the zero tolerance policy was actually making things worse for students. Vulnerable students who were kicked out of their accommodation were just put at more risk of harm, continuing the cycle of drug dealing and use.

Newcastle is one of the few universities to favour welfare over deterrence. While we have no evidence for the effect of its policy, it’s safe to say it is a step in the right direction.

Students who have gone down the wrong road no longer face total expulsion, and find help without fear of incrimination. Maybe as a result, they’ll choose to go to that 9am Foundations in Health and Disease lecture instead of lying in bed with a headache, wondering what happened last night.

What exactly are UK schools teaching young people about drugs? Find out here.

Fired Up: Why Are Ecstasy-Related Deaths Rising In The UK?

[Announcement] The Tide Effect Partnership with The Adam Smith Institute