From Gold To Green: The Ross Rebagliati Story

Ross Rebagliati has certainly come a long way since the day he received the news that he was to be stripped of his Olympic gold medal (which was later reinstated), turning adversity into entrepreneurial success. Along with his partner Patrick Smyth, Ross is set to be on the front-lines of Canada’s pioneering legal cannabis market. 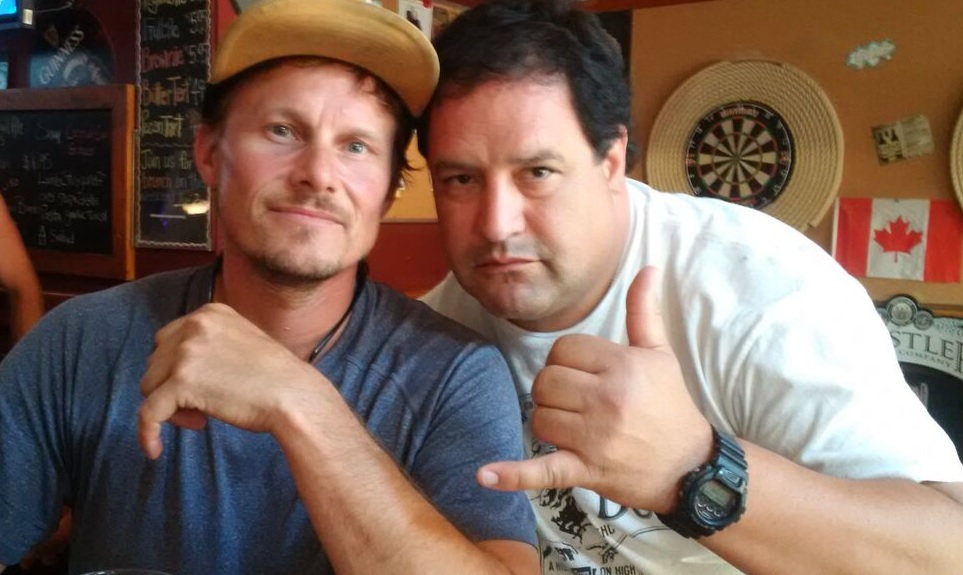 In 2015, the Liberal Canadian Prime Minister, Justin Trudeau, successfully used cannabis as an election issue and consequently will become the first G7 country to fully legalize cannabis – legislation is being tabled in parliament in the Spring of 2017. Ross Rebagliati was understandably invested in the election:

It was much more than an election to [Rebagliati’s] Ross’Gold brand. I’ve been deeply involved in the cannabis industry for an established amount of time leading up to this historical election; I watched the campaigns very carefully.

This was the first general election that directly impacted my family, my business, and my country. I was very much in support of Prime Minister (to be) Justin Trudeau’s initiatives to reform cannabis laws in Canada – it was awesome to see the power of the vote effectively ending what many would consider a departure from Canadian values.

More Canadians than ever had signs in their yards (including myself) supporting their local MPs and respective parties. Young voters were out in full effect (in part) because the Liberals effectively used social media for the first time – not to mention their platform that not only included cannabis legalization, but also a significant shift in attitude towards environmental and international policies.

Many see Justin Trudeau as ahead of the curve with his policy promises, but some remain critical on the time it has taken for the new government to fully implement cannabis legalization. 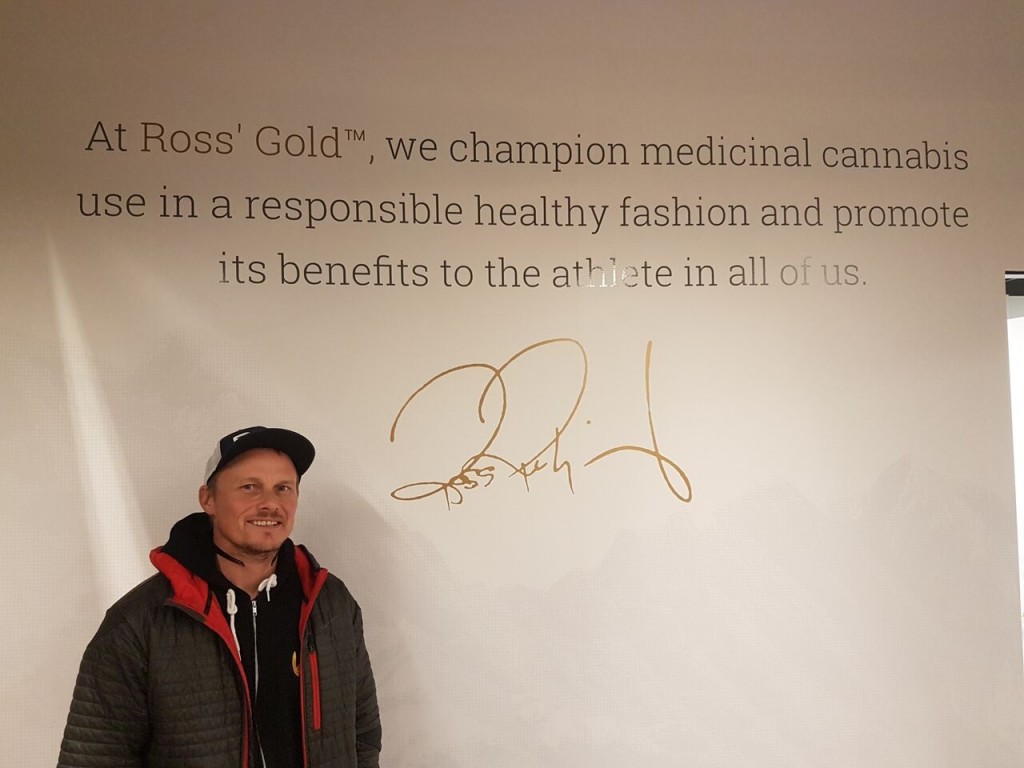 Ross is able to give unique insight from a citizen, but also as someone who’s now invested in the cannabis industry.

As a former candidate for the governing party in Canada, I understand and respect the detail that must be worked out before enacting legislation.  We watched how the previous government enacted legislation that ultimately lost on appeal in the courts, and we want to see something that will work for all Canadians. However, things are going very slowly and we would like to see progress in a much shorter timeframe.

We just don’t know for sure what the recreational market will look like because the committee hasn’t released any information.  We know it will be recreational, but still are not 100% who will be able to produce or sell the products – although edibles have been affirmed for medical use by the Supreme Court of Canada.

Like many, those who are at grassroots level will have ideals and theories as to how a reform model should operate. I was interested to know, if Ross was starting from scratch, how he would craft the new cannabis model under a legalized model.

Our views on what legislation should look like are:

Despite the delays, Ross’Gold is wasting no time in implementing their own changes.

We opened our first retail dispensary in November and plan to start rolling out franchises right away – a new fusion between a retail store and a medical cannabis society that caters to the thriving medical cannabis community in Kelowna, BC. As our name suggests, ‘Ross’Gold’, our focus is to showcase apparel and accessories to the general public (over the age of 19), while also being able to provide the highest quality products to those who have a prescription for medical cannabis.  Our store(s) also feature medical offices manned by doctors or nurse practitioners on selected days.

But has there been much backlash or resistance to Canada’s pioneering cannabis reforms… what’s the mood like within communities?

Unbelievably, there are still those who have a reefer madness attitude towards cannabis consumption, including elected officials and law enforcement.  This isn’t the majority in my view, but it still blows my mind that some people see cannabis as more harmful than alcohol or prescription drugs.  Of course, when you hear reports that big pharma is lobbying some US states to oppose the rec. market… you just have to give your head a shake.

Canada’s biggest drugstore chain recently announced they want to be a part of the system of distributing medical cannabis. We say great! This type of move will help Canadians realize that cannabis is something that has infiltrated mainstream culture. I feel the general mood is one that people want to see legalization happen now.  People want arrests to stop since the government has already announced that cannabis will be legal. 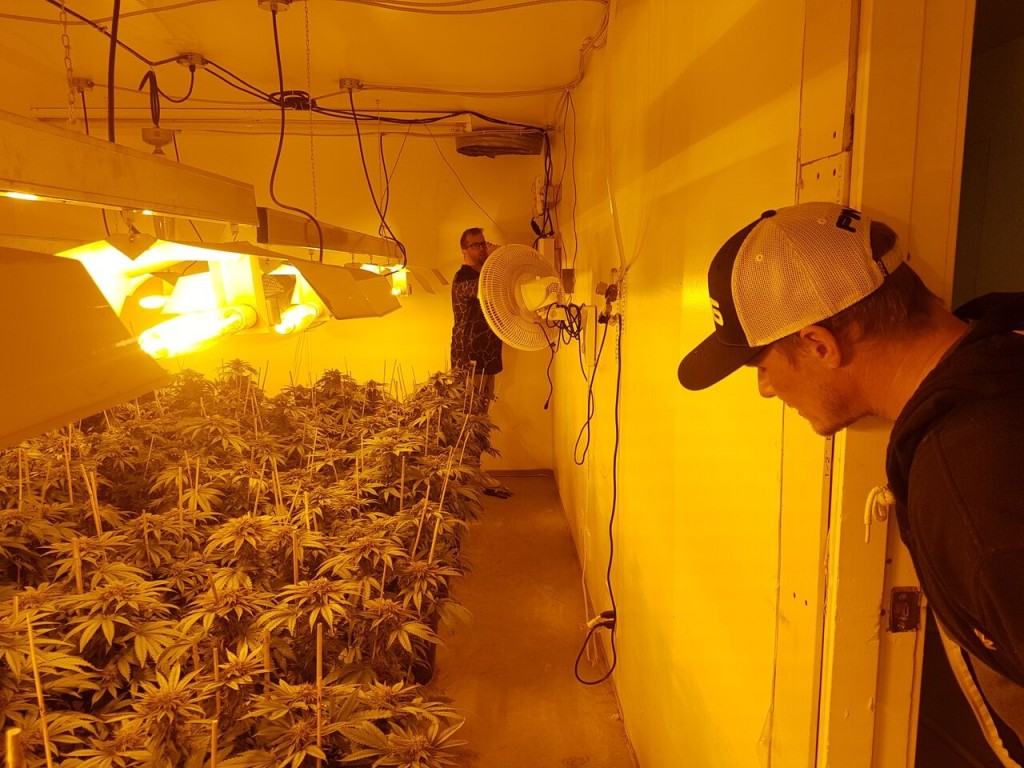 We’re in a strange interim period in Canada; cannabis isn’t yet fully legalized – so how is the system currently operating in real terms?

There is a medical cannabis system in place that allows government licensed growers to sell products to patients with medical notes by mail only. Patients may also apply to Health Canada to grow their own cannabis or have a designated grower do it for them.

In reality, dispensaries are popping up all over the country and mail-order from non-government licensed operations flourish. Some dispensaries are openly providing access to cannabis products on a purely recreational basis. Consumers are voting with their feet and choosing accessibility. We hope those feet come into our stores!

In nearly two decades, Ross Rebagliati has gone from the first snowboarding Olympic gold medallist to a prominent businessman in a burgeoning industry, blazing a trail as he goes. The last year has certainly seen some momentous changes in the global cannabis picture. Both professionally and personally, it’s been a year of evolution for this golden Olympian:

We’re still very much on track in creating the Ross’Gold cannabis super brand. Although when we first launched our brand the political atmosphere at the time was not conducive to the cannabis industry and it’s been slow, but we’re extra proud of our first store and dispensary in Kelowna BC.

We’re coming out with more exciting products all the time. We also have a cannabis production facility (see our social media Ross’Gold Facebook and Instagram accounts) that will be producing our signature strains such as Ross’ Gold, Silver and Bronze strains, also including a limited production of ‘Private Reserve’ that I actually grow myself.

We have been approached by other celebrity cannabis brands to produce cannabis and related products for them by Ross’Gold, this of course strengthens our foothold in the industry. And on a more personal level we also welcomed the third member of our family (a baby boy named Rocco) into the world 10 months ago… so it’s fair to say it’s been a whirlwind of a year!