It is safe to say that approximately nobody was surprised to see the Liberal Democrats put forward a policy to regulate cannabis in the UK. Despite its warm reception amongst drug reformers, the publication of their report, now over a fortnight ago, seems to have stirred little more than ‘so-what’ from everyone else.

Of those who cared to commentate, Abi Wilkinson best summarises millennial attitudes towards this latest call from the Lib Dems: calling it a patronising, ‘cool-dad’ tactic. Indeed, cannabis legalisation may not be as high a priority for young voters as some politicians may presume. Sure, stoners en masse demand the weed be freed in Hyde Park on the 20th day of the 4th month of every year, but actual enforcement of the so-called ‘prohibition’ on cannabis is minimal (unless of course you fall victim of being the wrong class or race in any given moment). After all, the tabloids only need to photograph one shackled, shouty trustafarian per 4/20 to keep cannabis nice and evil in the eyes of the general public. 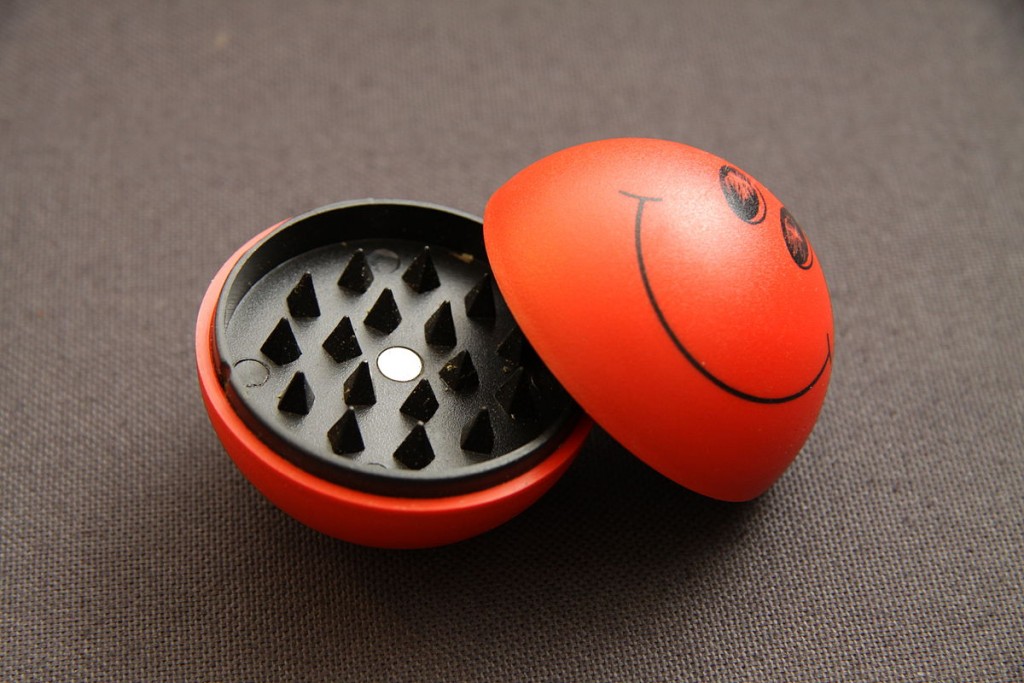 This is not to say that cannabis prohibition has and continues to act as a ‘War On People’ (as Nixon’s former advisor recently described it), and neither would this writer admonish the Lib Dems for their commitment to drug law reform. On the contrary: the world agrees that drug laws are causing much more harm than good, and, ‘cool-dad’ or not, the Lib Dems are drug policy frontrunners in the UK. The issue with UK cannabis is as follows: to those who want it, it is easily available via the criminal network that existing drug laws have inadvertently nurtured for over half a century. And, to the uninterested, the legacy of ‘skunk’ has rendered cannabis utterly repugnant, its obnoxious odour evoking gross festivals and cramped, beer-sodden concerts.

So: who is the number one celebrity champion of cannabis in the UK? Russell Brand? Izzy from Coronation Street? That’s okay, I haven’t a clue either. To be tentatively grasping (let’s imagine) at Ed Sheeran for want of a UK celebrity cannabis champion is a sad indictment of affairs. Simply put, most UK celebrities want absolutely nothing to do with weed, lest they receive a public roasting (and, adding insult, I would wager that a great many of these celebs are recreational users themselves). 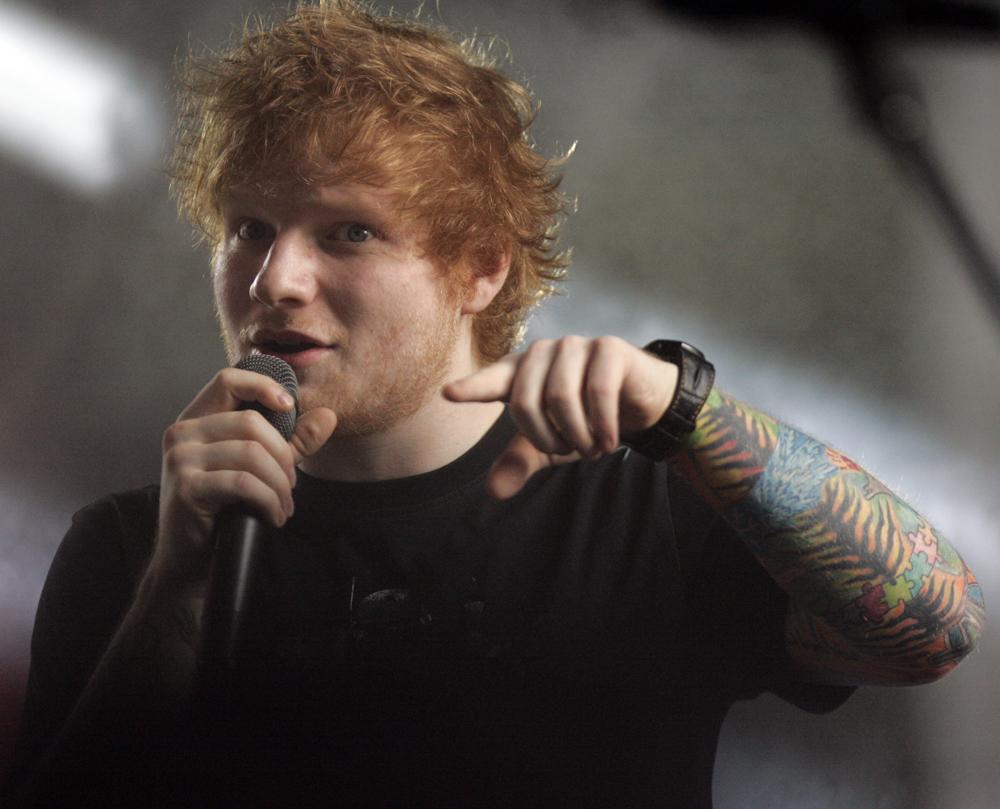 Across the Atlantic, developments in the States and Canada have left the UK in the dust.

At least, in terms of social acceptance. The ‘Big Cool’ media conglomerate has, largely, marked off anything stoner as a red flag. Consider the megastars: Kanye West and Jay-Z couldn’t give two diamante encrusted figs about weed. Indeed their representation of contemporary cool prefers clobber from Heidi Slimane and Wall Street corporate chic – approximately one million miles away from Cypress Hill et al.

Of Big-Cool’s freshest and finest, Tyler the Creator is on record (Facebook – 2.12.14) as being as anti-canna as they come (‘some of yall should put that fucking blunt down and go do what the fuck you know you need to do’), and sure Miley sparked up on late night TV – but did she inhale? It seems that the only one who can look badass with a spliff these days is Rihanna, who is very much PRO-canna and proud, but then again, I heard there’s a portrait of her in an attic somewhere getting gradually less cool year after year…

Back in England’s green and pleasant land, medium-cool-action-figure Jamie XX told young-person-taste-dictator Pitchfork that ‘there’s too much weed smoking in Hip-Hop… I dread going into the studio’. Zayn Malik, on the other hand, is currently telling anyone who’ll listen he knows a guy who can get you a twenty bag, as Big-Cool half heartedly dresses him up for adulthood. 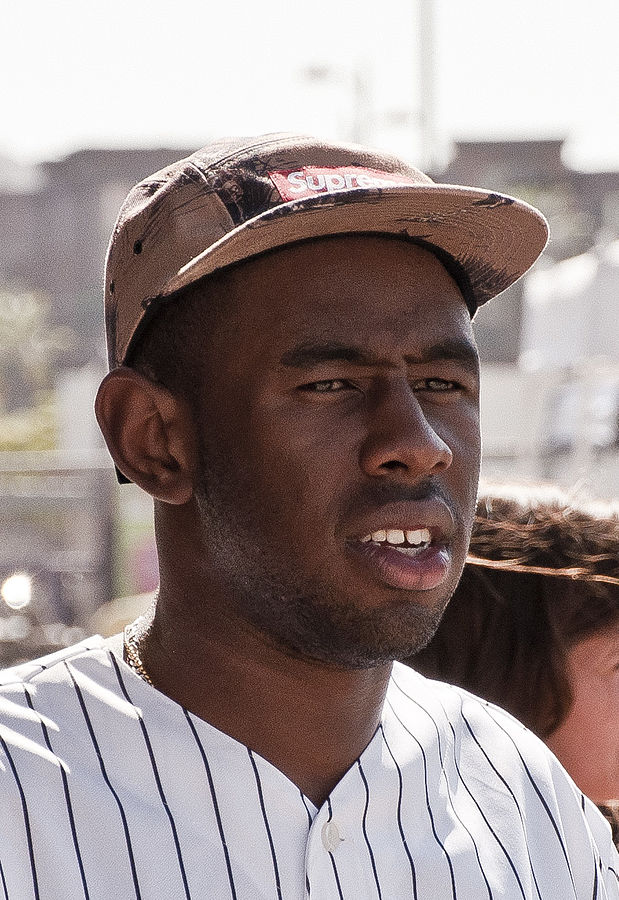 This strain of modern cool has been crafted for a society where everyone is obsessed with productivity and self-representation, and the stoner lifestyle is thus a square peg in a smooth circular Apple brand USB socket (-but not always. Google: ‘sativa’).

Things, as they say, will be better out west – and in California, where medicinal cannabis has long wafted hither and thither throughout those Big Sur pines, weed ain’t nuthin’ but another flavour of jelly bean, dude. 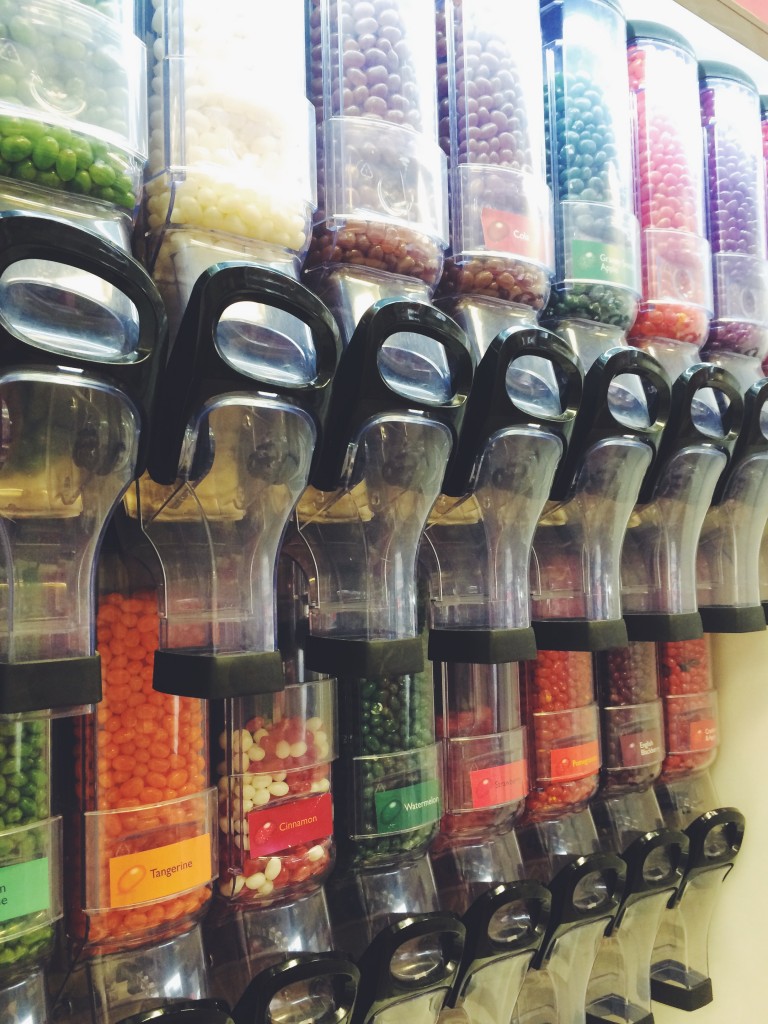 Snoop Dogg, and other marijuana lifers, are monetising the herb with merciless alacrity – knowing full well that the CannaBillions are there for the harvesting.

Furthermore, it just so happens that the aforementioned digitisation of cannabis, the advances in vaporiser technology (think: Star Trek Walkie Talkie that gets you high) have enraptured the tech community, amongst other slightly more square sectors. Take it from The Wire (via Forbes):

…a Senate staffer who wishes to remain anonymous is happy with weed becoming uncool. ‘It shouldn’t be different than white wine,’ Bob tells The Wire. ‘I’m not like a Brooklynite who’s allergic to anyone else liking what I like. I welcome all converts.” Naturally, a political person sees the political angle over the cool angle: “Weed becoming popular amongst the nerds is the only way it will become legal, actually.’

With Silicon Valley currently operating under that cumulative plume of pot vapour, it’s the computer nerds passing the profits to the left hand side. Big business smells big opportunity, as entrepreneurs, most notably Sean Parker of Napster, are bankrolling the push to legalise cannabis in California. The result? Hip-Hop and Tech are jumping into bed together, and hot boxing under the covers. 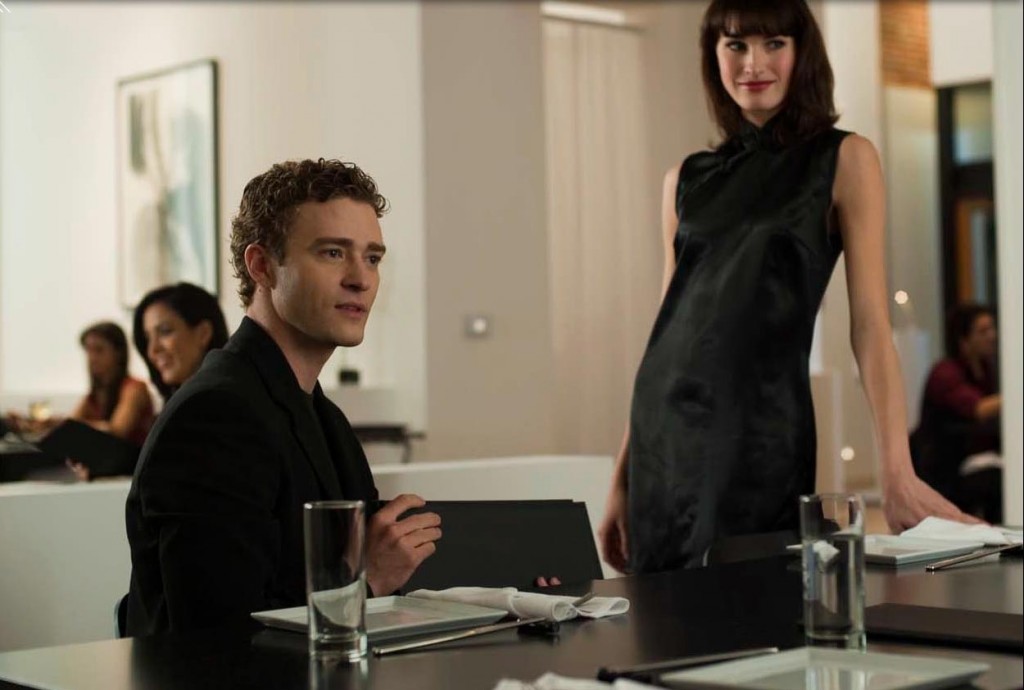 The West Coast has a habit of always winding up the frontier for something: from the digital frontier all the way back to was just the plain old frontier frontier. Now, with legalisation on the ballot for November 2016, there appears little stopping the US corporate juggernaut from harvesting those bountiful CannaBillions (not that they haven’t started already – check out Snoop’s MerryJane media platform, or Whoopi Goldberg’s new range of female-friendly relaxation products). California has thus cemented its status as the corporate cannabis frontier.

Events in the US mark an unprecedented (and for those die-hard, Robin Hood-style, home-grower-heroes, quite unsettling) alliance between cannabis and the corporate world – another frontier for that list, perhaps. To those weary, noble souls I say: fear not – this corporate windfall may indeed be the long-awaited (to mix my drug paraphernalia metaphors) shot in the arm that cannabis culture needs:

I’m happy to see weed go ‘middlebrow’ because it speaks to larger, more serious issues of the drug war and how we perceive and treat drug users. I just hope that these changing demographics, and the introduction of fancy devices, doesn’t create its own kind of class divide. We should form solidarity around our habit. Let the banker vaporize with the waiter’

This ‘corporate makeover’, coupled with the enthusiasm of the tech types, has given the all clear for politicians to start cosying up to cannabis.

Pop culture has now surely cycled through the full gamut: from Bill Clinton not inhaling, to Obama inhaling, to that golden heifer of hope: Justin Trudeau, who is slowly legalising cannabis in Canada and saving the children, all at the same time. 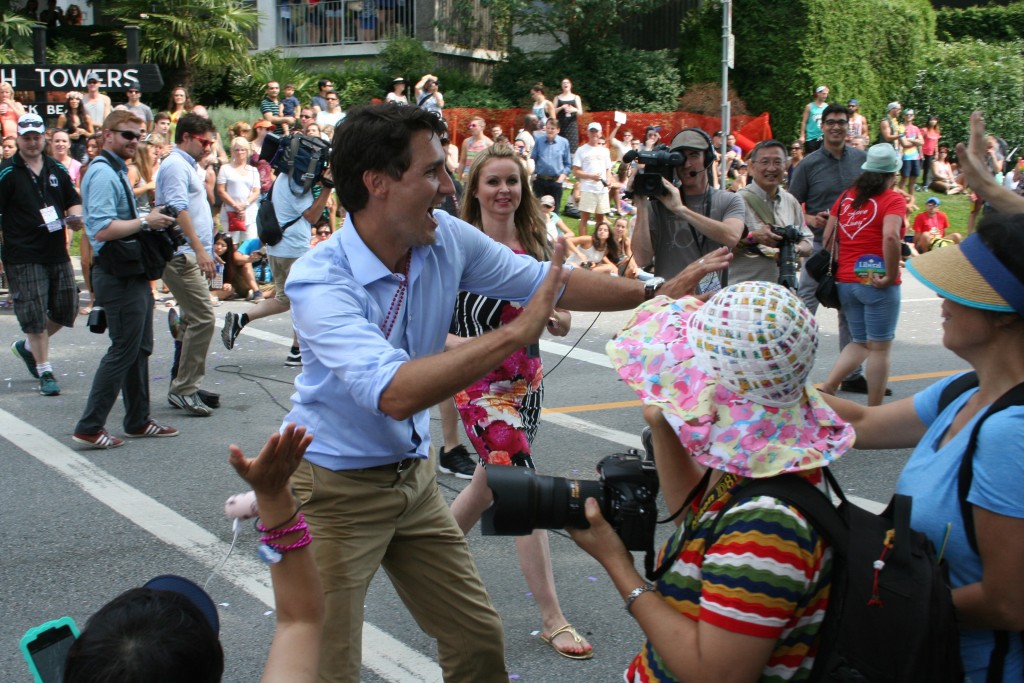 If cannabis can become palatable to the politicians in power, and if it can go from gateway to hard drugs to gateway to a healthier, happier lifestyle, then this writer would consider the best part of the battle won.

A friend once told me (something he had himself heard from a friend), that – ‘cannabis is a gateway drug to tobacco‘.

In this pithy, offhand remark, we find the ills of UK cannabis encapsulated: as the black market continues to control the cannabis our children are always going to want to try, for lack of education and state intervention on the topic. That bitter mix of skunk (addictive) and tobacco (addictive) will continue to find its way into young lungs.

However, recent UK campaigns have faltered, running up against external disinterest and internal collapse.

They have lost sight of their common goal of opening up availability to cannabis (crucial for harm reduction i.e. avoiding the ubiquitous ‘skunk’), as deliberation over the proper way to legalise it (cottage industry home growing or decriminalisation and regulation) has divided campaigners.

One might even say that some in the community suffer from wanting to have their cake, and grow it too. 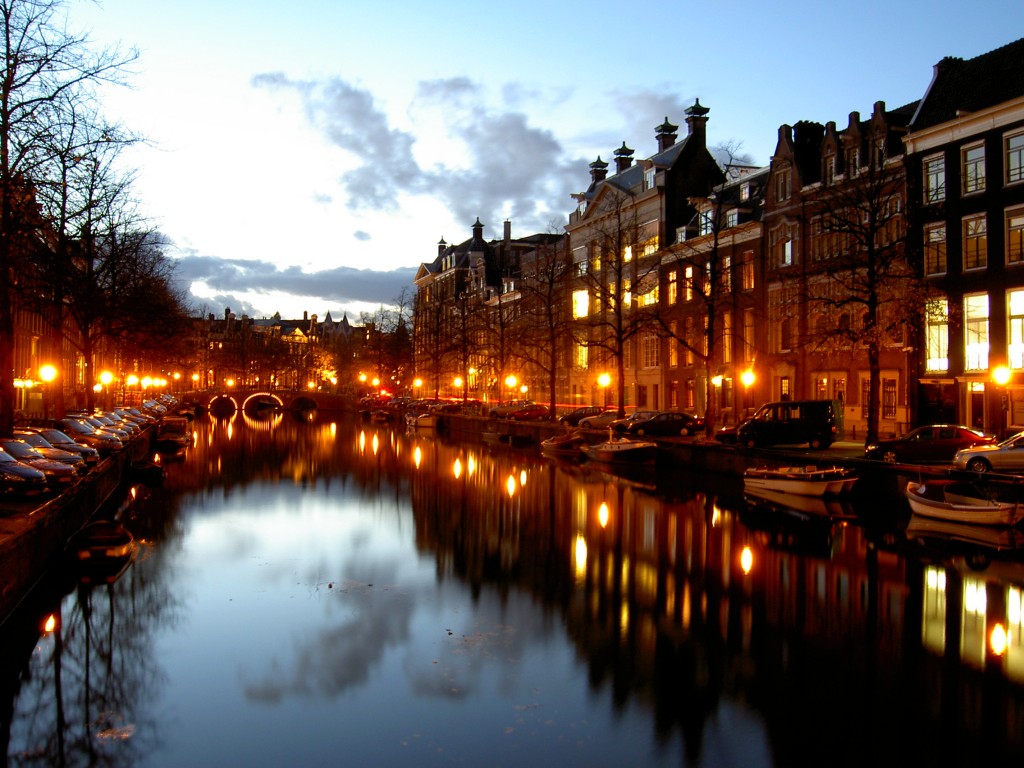 A former Dutch Health Minister once made that famous brag – ‘we have succeeded in making pot boring’, and any given afternoon in Amsterdam will confirm that younger Dutch generations find cannabis as passé as a pair of old clogs.

‘Amsterdamification’ may not be the best fit for the UK, but it’s a proven path nonetheless. Besides, the coffee shop model hasn’t exactly got anywhere past the Rhine, and perhaps even calcifies some of those stoner stereotypes so unpalatable to ‘Middle England’ (who we also know as – the voters). 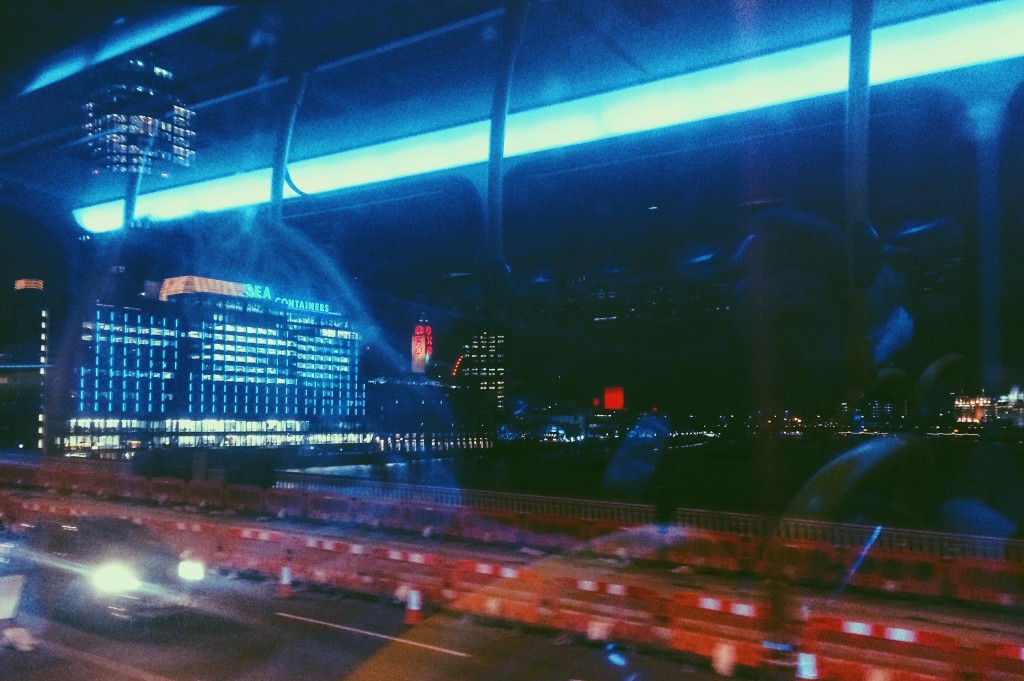 But I, like Jacob that twenty-something writer before me, welcome this new approach: this ‘uncoolification’ of cannabis.

I welcome cannabis settling down, slipping into the comfy tartan slippers of mediocrity, offering sagely support and doing no harm.

After all, pardon my playing the populist, but since when have politicians done anything cool anyway?

Let them have this one.

Reframing the War on Drugs – a Conversation with German Lopez