If you’ve been following drug policy developments in recent months, you will no doubt have heard that Germany is on the brink of legalising medical cannabis.

The details of the new law – which was presented to parliament in July, and is expected to come into force by the end of the year – have been discussed at length in the press. Cannabis will, for the first time, be covered by public health insurance, patients will be able to obtain their cannabis on prescription from a pharmacy, and those who wish to take advantage of the new system will (according to some reports) be required to first obtain a letter from their physician stating that cannabis is a last resort.

All of these details are of course subject to change during the legislative process, but have nonetheless been the focus of much of the coverage of this potentially historic change.

The story that hasn’t been fully told, until now, is how and why Germany arrived at this juncture. 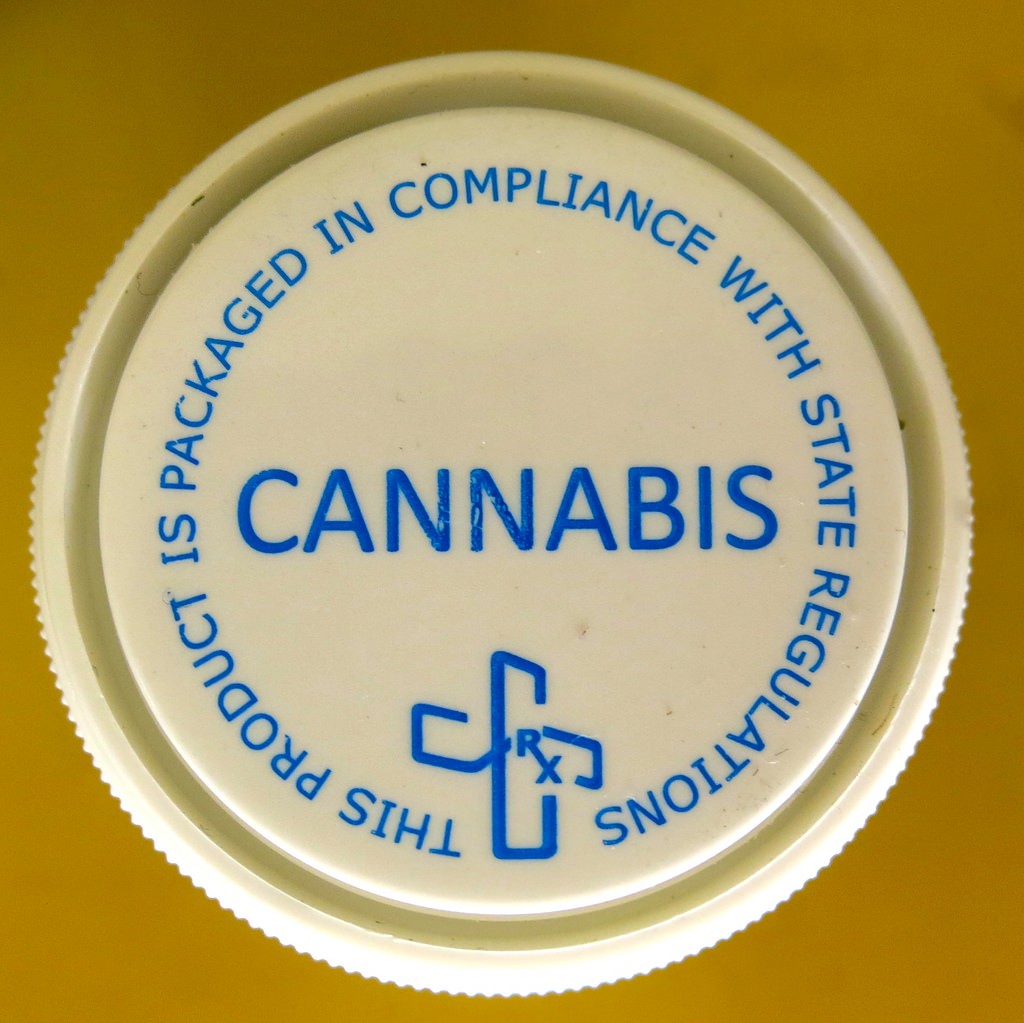 Germany’s path to reform has been long, and has involved the efforts of many individuals and organisations over many years.

Pressure from within the country has come in large part from a trio of cannabis/drug law reform organisations – Schildower Kreis, Deutscher Hanf Verband, and the Arbeitsgemeinschaft Cannabis als Medizin – who can all claim responsibility for Germany’s progress.

Arbeitsgemeinschaft Cannabis als Medizin (Association for Cannabis as Medicine) is a part of the International Association of Cannabinoid Medicines, whose Executive Director and former Chairman Franjo Grotenhermen has firsthand experience of the often painfully slow progression of medical cannabis in Germany. Dr Grotenhermen, a medical cannabis expert and published author on the subject, sees patients in his clinic who suffer from a wide range of diseases and ailments, from cancer to Tourette’s, but until now treating them with cannabis has been difficult.

For Grotenhermen’s patients to legally obtain cannabis in the past, they had to endure a lengthy application process, during which they’d have to prove to the German government that they deserved to be an exception to the rules. The first to achieve this status was a Tourette’s sufferer called Lars Scheimann, who became the country’s first legal cannabis patient in 2009. Since then, around 1,000 patients have made it onto the ‘exceptions’ list. The application is only half of the problem, however, because the cost of the drug could not be covered by insurance. Last year, in an interview with dw.com, Scheimann estimated that his medication was costing him €75 per day.

To make matters even worse, Germany has never produced its own cannabis, so Dutch medical cannabis giants Bedrocan were tasked with importing it. Unfortunately for the patients, Bedrocan are extremely strict when it comes to how much medicine they export, meaning that even those patients with exceptions were often still unable to obtain their cannabis legally.

This situation was clearly not tenable, not least because when you’ve granted exceptional status to 1,000 individuals, it becomes increasingly difficult to argue that they’re still just an exception.

Things had to change.

The impetus for that change came in part out of necessity – regulators began to see that a drastic change in the system was needed to help those in need, and to help the system to cope – but the driving force behind that change did not come from within the halls of power. Activist organisations, who had lobbied the government for years, were finally listened to.

One such group is Schildower Kreis – or the Schildower Circle – a network of doctors, scientists, professors, and other experts, as well as politicians, whose manifesto – ‘Drug Prohibition: FAILED, HARMFUL and EXPENSIVE’ – calls for an end to the destructive policy of drug prohibition across the board, not just for cannabis. They are, in a sense, comparable to organisations like Law Enforcement Against Prohibition, and like them are able to get their point of view across in a way that appeals to those who might otherwise be resistant to change. Through their tireless efforts, and those of Deutscher Hanf Verband – The German Hemp Association – who have fought for years for legal cannabis, and just a couple of weeks ago organised a march of more than 12,000 people through the streets of Berlin, they have forced the conversation forwards, and into action.

Perhaps the defining moment in the struggle for medical cannabis in Germany was the culmination of a ten-year legal battle waged by Michael Fischer, a Multiple Sclerosis patient, who sued the government for his right to cultivate his own medicine. With the help of the Association for Cannabis as Medicine, he took his fight to the highest court in the land, and in April ’16 he finally won.

The case saw the efforts of activists finally collide headlong with the growing sense within government that change was inevitable. Fischer and his supporters deftly illuminated the failures of a makeshift medical cannabis program that was never fit for purpose, and left people like them unable to obtain the medicine they needed thanks to inherent flaws in a system that punished them financially, and couldn’t guarantee the availability of their medicine even if they could afford it.

Fischer’s victory was small in itself – he only succeeded in winning his personal right to cultivate cannabis, making him an exception to the exceptions – but at least one more court case was already in the pipeline, and is expected to expand on this. The floodgates were open, and the government knew it. 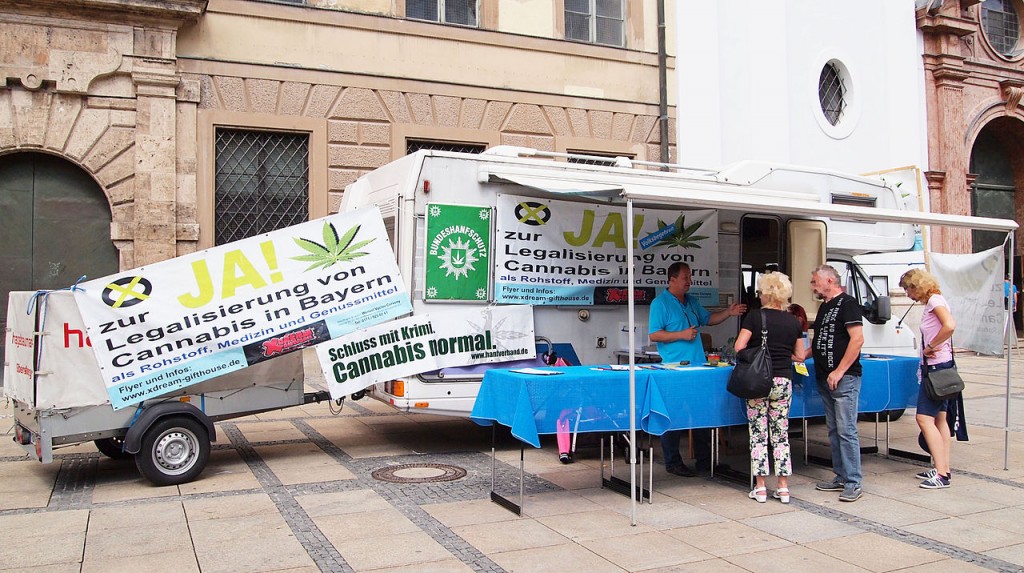 So now that much-needed change looks as though it is going to happen, and it is a success story for everyday, grassroots activists who have campaigned for years – and in some cases decades – for meaningful drug law reform, and who didn’t stop at the first small success, but carried on fighting to fix the flaws in the system. The new policy will fix the problem of cost by ensuring that cannabis is covered by insurance, and in time the supply issues will disappear as Germany begins to cultivate its own cannabis for its own people. Until then, international companies are lining up to fill the gulf between supply and demand with their own imported products.

Three Canadian companies – Tilray, Tweed, and Canopy Growth – have already announced deals which will see them supply cannabis for the German market until the country becomes self-sufficient, which could take some time. The speed with which these companies, from the other side of the world, have been able to get involved in Germany’s fledgling market, speaks to the one major factor in this story that I have ignored until now: international pressure, and the rapid changes to drug policy taking place all over the world.

The pace of reform has been so rapid in recent times that it has been impossible to ignore. Whilst the pressure at home has been building for decades, it has undoubtedly been added to by the inexorable onward march of global progress when it comes to ending the criminalisation of drug users. Recent changes in cannabis policy as far afield as Canada, the US, and Uruguay, as well as closer to home in Italy and the Czech Republic, have in a sense forced Germany’s hand. Despite already having an (admittedly flawed) medical cannabis program of their own, they risked being left behind.

Admittedly, there is currently no legal method for patients in the UK to acquire cannabis in its raw form, whereas Germany at least had some provision for this. But what we do have is a medical cannabis system (of sorts) in the form of GW Pharmaceuticals and Sativex, which is clearly unfit for purpose. The medicine is prohibitively expensive (not being available on the NHS in most of the country) and, according to many who have tried it, inadequate for patient’s needs.

Add to that a government under ever-increasing pressure from a growing number of reform organisations, grassroots activists, academics, and law enforcement, as well as a continually evolving global policy arena, and there could be cause for cautious optimism, at least when it comes to medical cannabis. There’ll be unique difficulties to overcome, particularly in a post-Brexit climate with its own rules and regulations, but continued pressure on all fronts – with perhaps a legal challenge or two thrown into the mix – could finally fix some of the UK’s own problems with cannabis policy. As long as we take a leaf out of the German’s book, and don’t stop fighting until all the kinks are ironed out – as they surely won’t now they’ve got medical cannabis legalised – we can, perhaps, look forward to a brighter future for drug policy in the UK. Here’s hoping.

Ireland Update: First Steps On The Road To February 26th