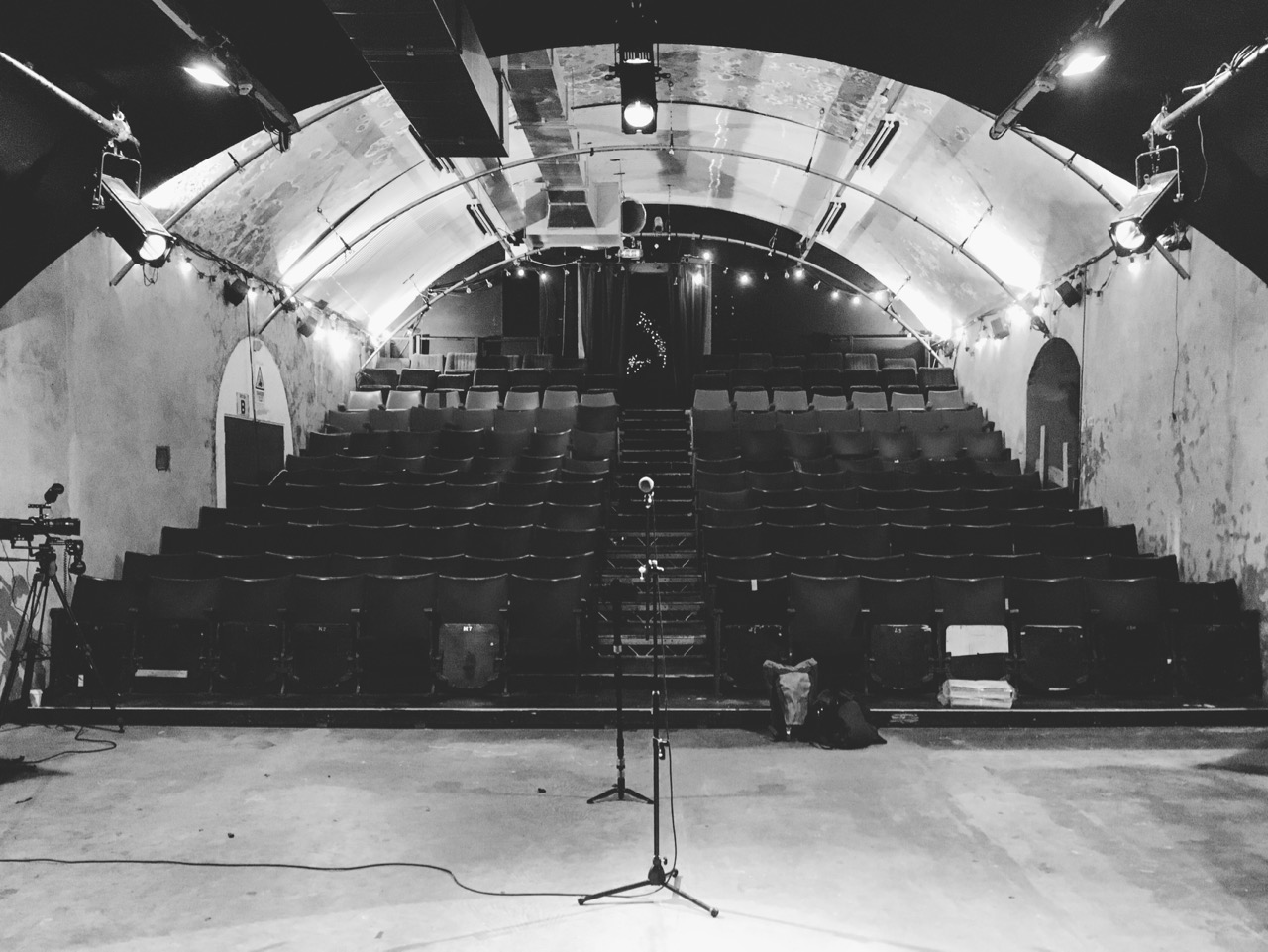 Each rumble of a train passing overhead a reminder that he was not in New York anymore, not on stage at TED, delivering a speech that would be watched almost one and a half million times by audiences around the world. Instead, he was in a slightly dingy underground theatre in London, giving the inaugural Volteface lecture, to a room of activists and academics who all share his vision for a future free of drug prohibition. 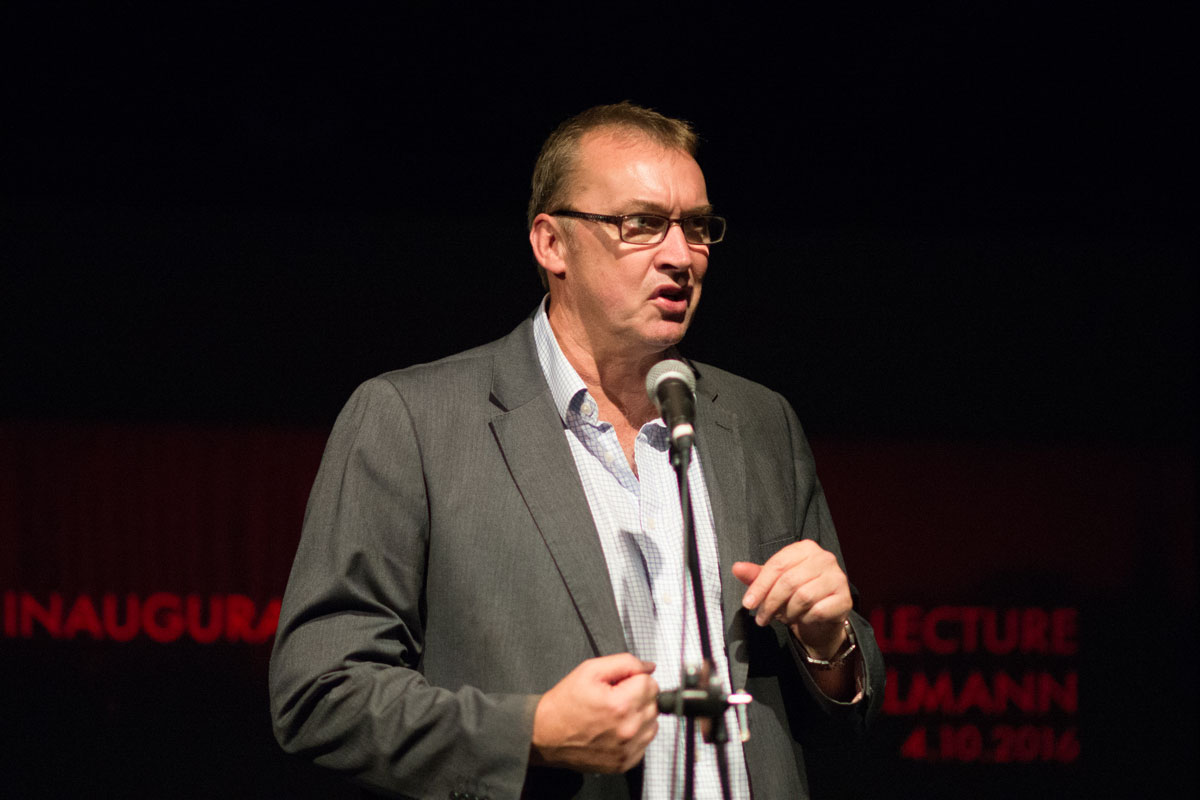 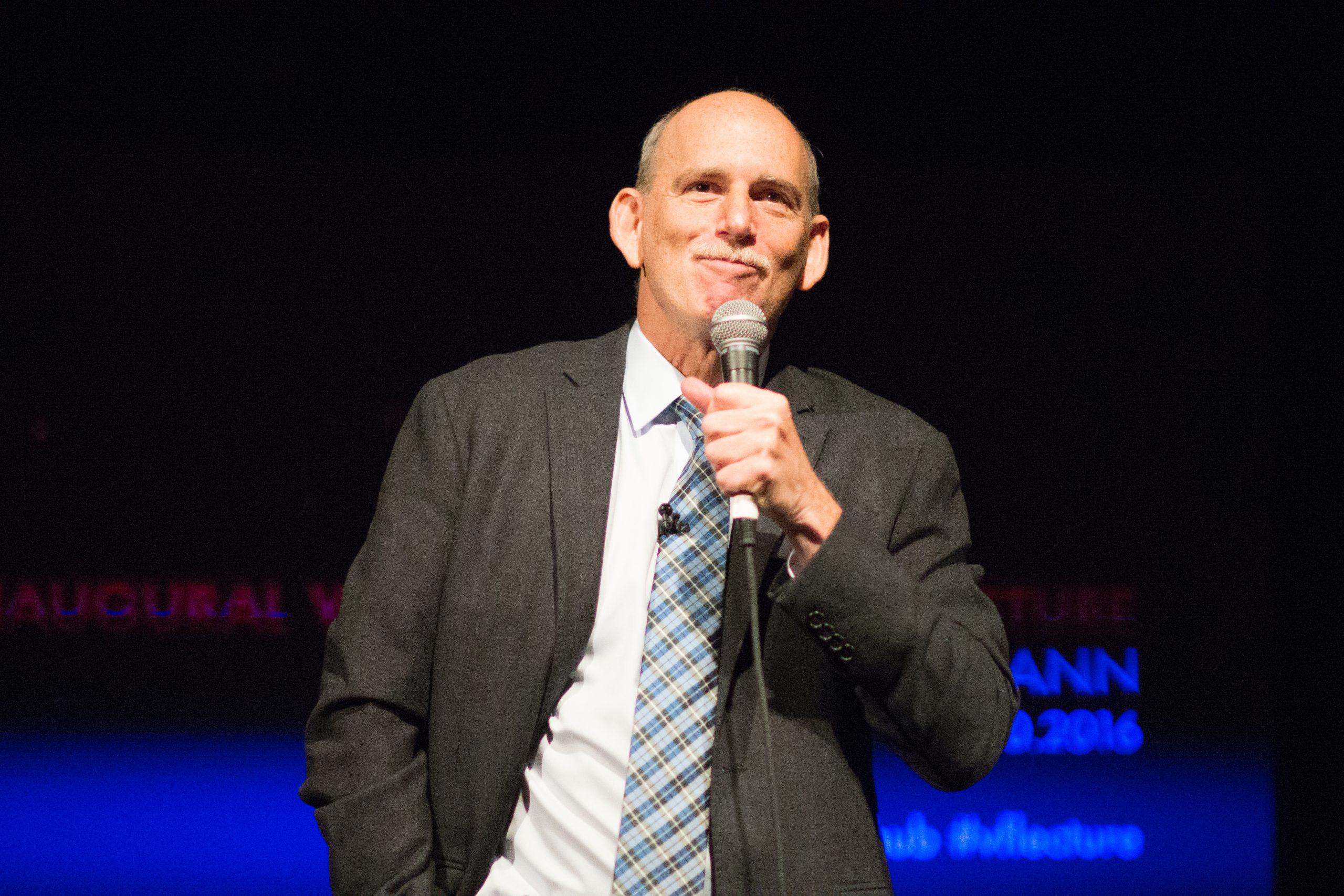 More specifically, he was there to talk about cannabis, and to share the story of how he helped transform the landscape of weed in the US from the mid-nineties to where it is today, with four states plus Washington D.C having legalised recreational cannabis, and up to 5 more poised to follow in their footsteps in November.

Nadelmann is the founder and Executive Director of the Drug Policy Alliance, probably the most powerful drug law reform organisation in the USA (if not the world). During the lecture, Nadelmann explained that his organisation focuses on three main issues: Cannabis, mass incarceration, and turning the conversation about drugs from a criminal issue into a health issue. The second and third of those, he explained, “save more lives,” but the first is the “paradigm shifter.” Changing the public perception of cannabis, and the laws surrounding it, has the greatest impact in terms of decreasing police/citizen interaction.

It also, in Nadelmann’s words, “creates a sense of potential,” and “boosts morale.” But how did the DPA and others achieve that paradigm shift? This was the crux of the evening’s talk, and revolved mainly around four words: Tax, control, regulate, educate.

The key to changing minds when it came to laws around cannabis, was ‘re-framing’ the issue, Nadelmann told the audience. 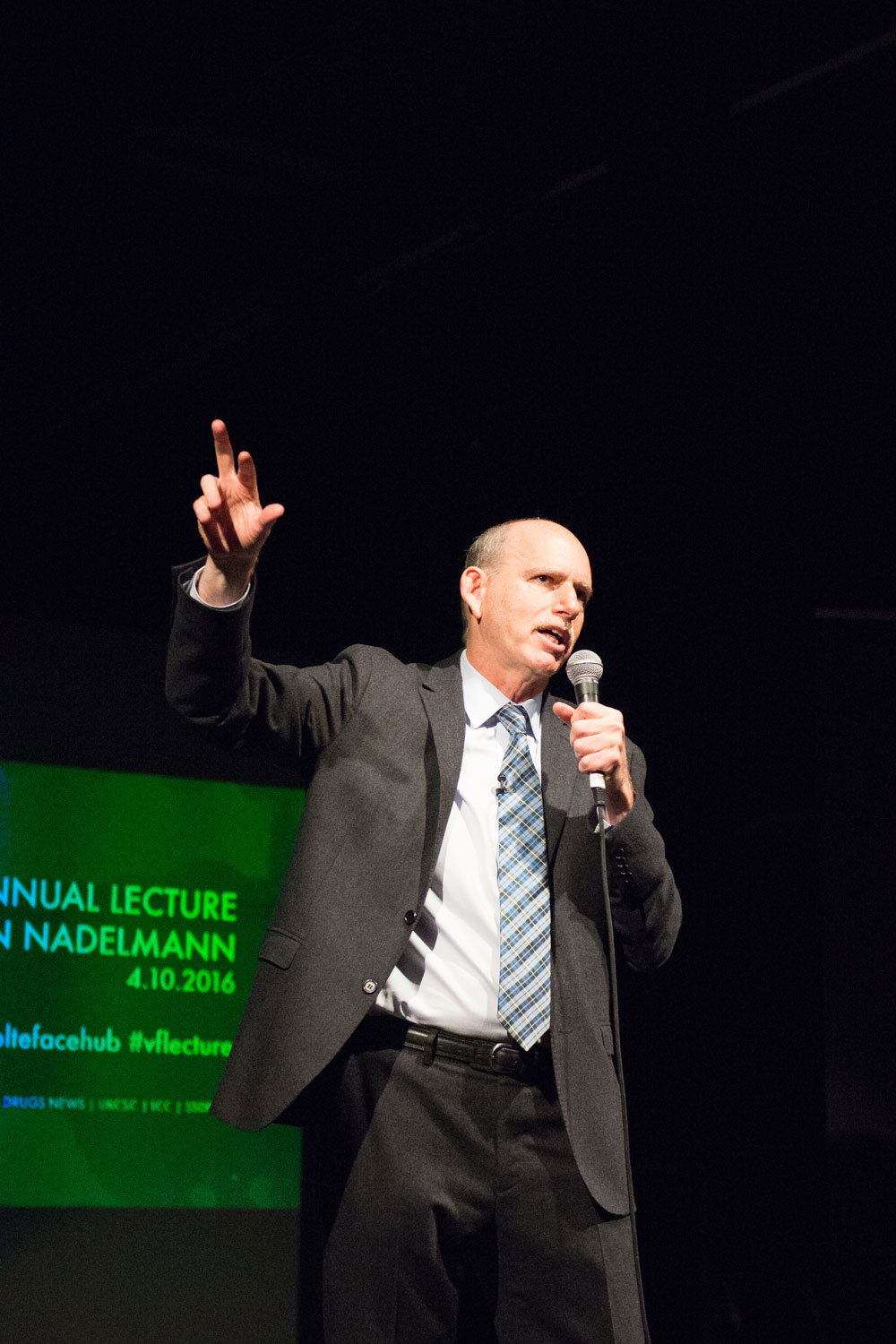 What activists had found was that even in the early nineties there was a decent amount of support for the reform of cannabis laws in many areas, but the language, and the semantics, needed to change before any progress could be made.

So out went any talk of legalisation, to be replaced by the less scary-sounding ‘regulation’. People didn’t like to think of cannabis suddenly being made available to all, but, the DPA found, when you modified your language and instead spoke about the need to educate the youth and raise taxes in a regulated and controlled marketplace, the penny would then drop. This became crucial to getting cannabis policy reform on the ballot – but it wasn’t the only change they employed.

The second, equally as crucial in Nadlemann’s opinion, was the change of focus from outright legalisation to simply trying to get medical cannabis legalised. They supposed, rightly, that it would be easier to convince people of the need for medical access to cannabis than it would be to convince them that the ‘War on Drugs’ as a whole is an unmitigated disaster and needs to be abandoned.

This new approach led, of course, to various ballot initiatives legalising medical cannabis – most notably in California – which suddenly changed the way many people viewed cannabis (even if some still dismissed the plant’s medical benefits as quackery). The issue was at least out in the open, and, whilst at first there was no legal framework for the sale of cannabis (in dispensaries, etc), patients were able to grow their own medicine and to supply others without the fear of prosecution. The dispensaries that would become so intrinsically linked to the legal cannabis trade in America would come in later.

Nadelmann naturally believes that this approach to changing the law has been a success, after all he always maintained that legitimising medical cannabis would eventually lead to full legalisation, and it has in some places. But there is a sense in which he is a bit like Ned Stark in Game of Thrones – if he keeps saying that winter is coming, eventually it will. 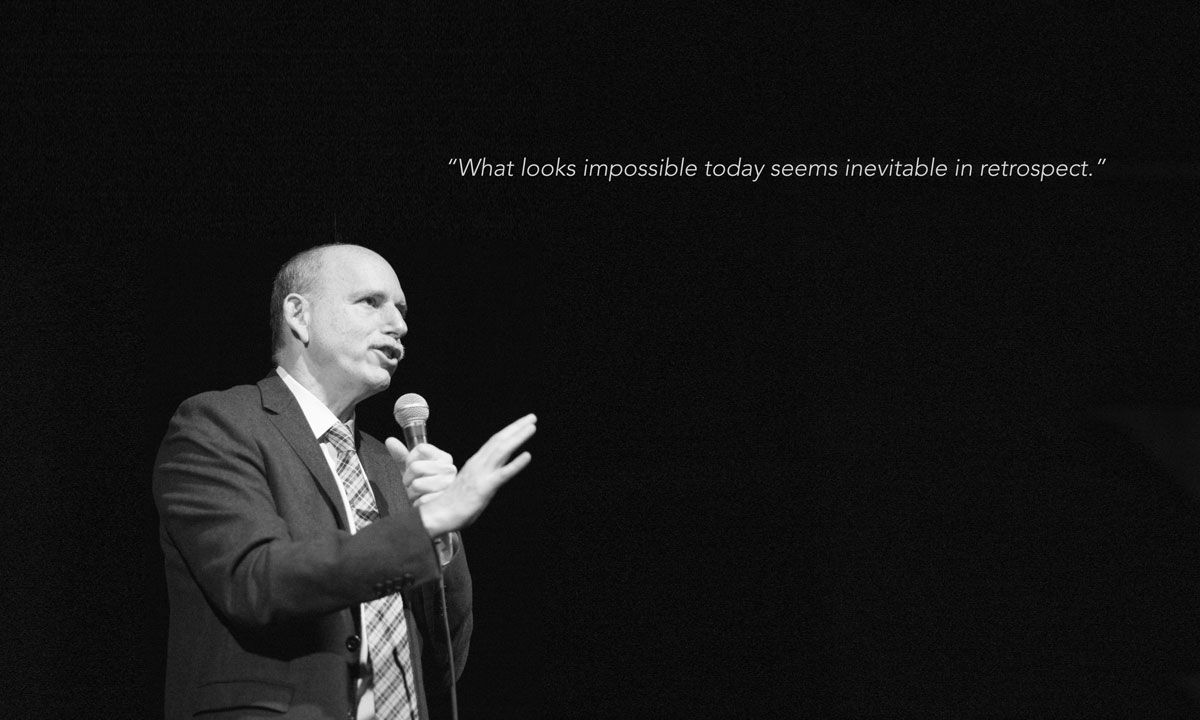 The truth of the matter remains to be seen. All in all, Nadelmann’s words of wisdom will prove a hard act to follow for next year’s Volteface lecture.

All photos by Aline Aronsky.

The Social Order of the Underworld: an extract