What’s your favourite work of drug culture fiction? Trainspotting, Breaking Bad, The Wire, Weeds, Layer Cake, Human Traffic, A Brave New World… It seems as if we’re titillated by drugs. When mainstream culture attaches itself to substance use, what actually is it that prevents us from having an open conversation on drug law reform?

This is the broad subject that we cover on the latest episode of Stop and Search, the podcast brought to you by Acast on Scroobius Pip’s Distraction Pieces Network, in association with LEAP UK.

Joining us for this month’s podcast chat, actor, comedian, and friend of LEAP UK, Rufus Hound, brings his irrepressible style as we delve into everything to do with drugs, society, culture, and politics. Like any conversation on drugs, if we pull at one thread, another comes loose. This is what happened when Rufus sat down with former undercover drugs detective, and LEAP UK Chairman, Neil Woods and writer and musician, JS Rafaeli. We cover a range of overlapping angles and have a bit of a giggle in the process.

Some of the issues we face are so hard-hitting, so oppressive, that it’s a very much needed to have a bit of a lampoon every now and then. Rufus was able to tease a few punchlines from the rather oblique picture of our drug laws. 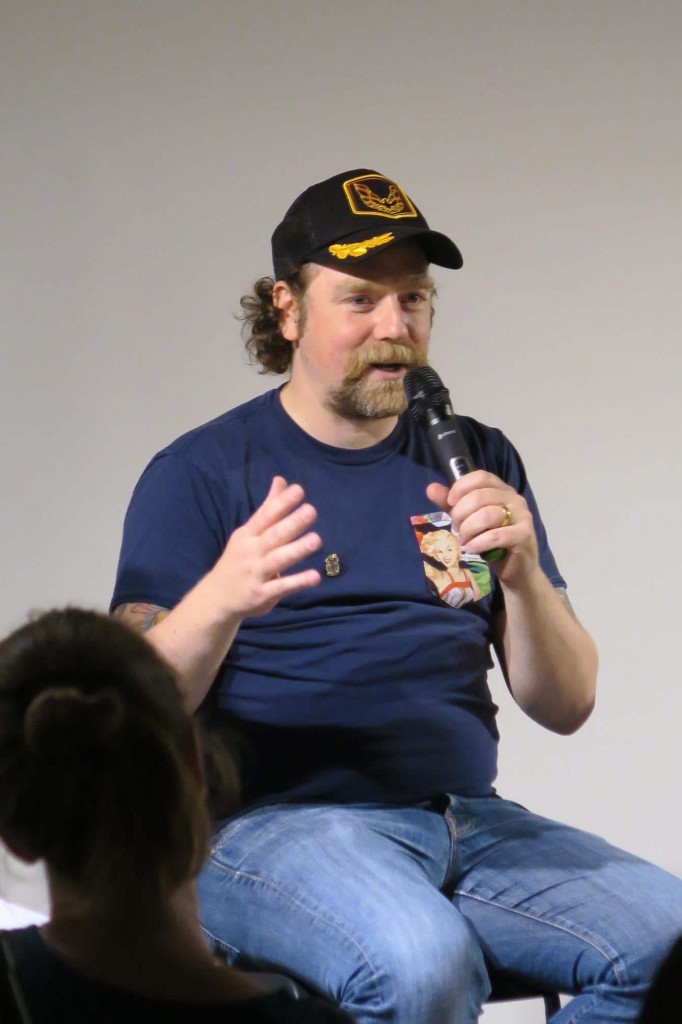 Rufus Hound in full flow during Stop and Search

The Stop and Search podcast is proving to be a valuable asset in the pursuit of an open conversation about drugs and the law. In our live panel events at Tottenham Court Road Waterstones, a full audience, seemingly, enjoys the more informal discussions which we’re proud to present. We want this to be an inclusive chat on all sides of drug policy.

We give special attention to LEAP UK Chairman and former undercover drugs detective Neil Woods’ memoir. Released on August 18th, Good Cop, Bad War looks to lift the lid on the stark reality of being on the streets as a foot-soldier in the ‘war on drugs’. Writer and musician, JS Rafaeli, the author of Neil’s memoir, joined the Stop and Search panel to give insight into what he learnt whilst writing the book. Good Cop, Bad War has already raised a few eyebrows and is set to be serialised in the Mail on Sunday. With a blisteringly candid tone, Neil Woods’ memoir dominated the podcast discussion. 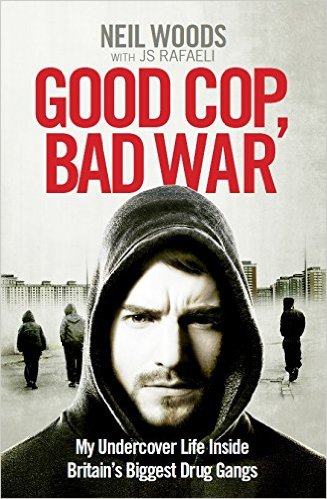 Please do find Stop and Search on Acast and iTunes, and if you’d like to help, please do give us a nice rating and review if you enjoyed our discussion. Previous episodes include: Weird Science – a panel consisting of Robin Ince, Dr Suzi Gage and New Scientist’s Simon Oxenham, and Cannabis: The Grassroots Revolution where Norman Lamb MP joined us to try and convince comedian Joe Wells as to why we need a fully reformed and regulated cannabis market – and film director Dale Beaumont-Brown sat with us to discuss his upcoming film.

We’re managing to reach new audiences with Stop and Search. Owing to Scroobius Pip’s Distraction Pieces Network banner, new people are coming over to listen to why we need to reform our drug laws and inject some nuance into our pursuit of evidence-based policies. Whether you’re entry level or a seasoned veteran of drug law reform, we think there’s a little something for everyone in each episode.

As you’ll hear in this latest offering – in the form of a plea from Rufus – if every participant of drug law reform shares the podcast, a documentary, a book, or some compelling case for reform with one friend of family member, then we will create a generational movement which will inevitably lead to reform.

Stop and Search is on Acast and iTunes and brought to you by Acast, on the Distraction Pieces Network, in association with LEAP UK.

An Antidote For Spice Overdoses

Tending The Light at The End of The Tunnel