I sit in a brightly lit doctors surgery in central Amsterdam. It’s clean, modern and pristine. A team of receptionists see to patients sitting waiting to my left. Sitting to my right is a UK pain patient who, for the sake of anonymity, we’re going to call Mr X.

Mr X uses cannabis for his pain caused by spinal damage due to injury. He’s a UK citizen and he’s here to get a prescription he can’t get from his doctor at home in London.

Mr X is young, talkative and passionate about what he’s doing. He’s not just in it for himself either:

He’s already completed a series of arduous tasks to get here: requesting letters from his UK GP, getting them stamped by the Home Office, he now must jump through a few international loopholes, unravel the webs of red tape and hopefully get through UK customs unheeded. The goal? To bring his much needed medication from Holland (where it is legally available on prescription) back to the UK where the government still deem that cannabis has ‘no medicinal value‘. Not a small task for someone in a great deal of pain. 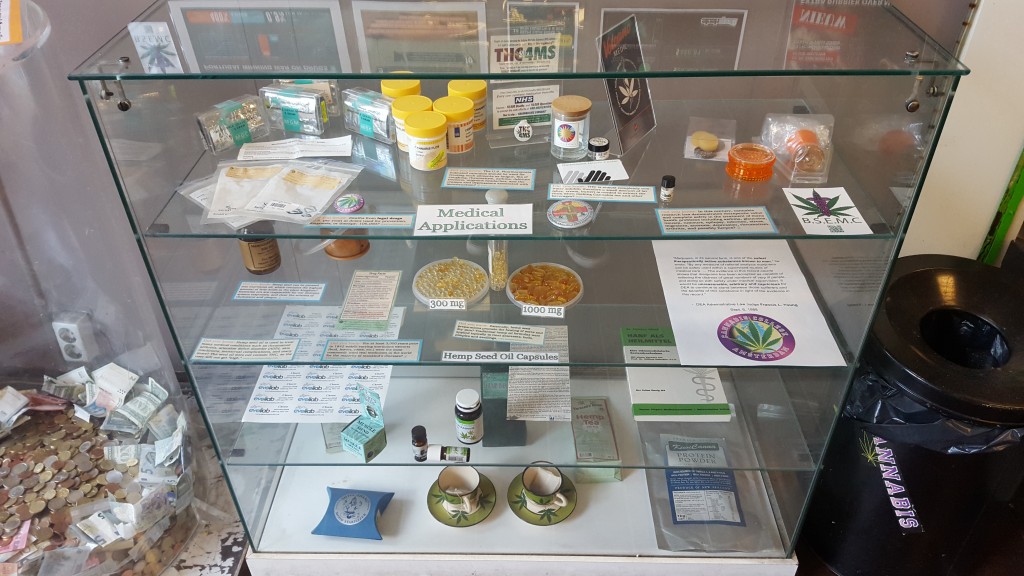 If it works, and it’s a big if, he plans to inform many more patients of his success and, more importantly, his methods, so that they might do the same.

The hope is that with enough UK patients receiving medical cannabis on prescription, he might not only help these individuals find relief, but also he might ridicule the UK’s outdated laws and highlight the incredible efforts one has to go through to receive medicinal cannabis. Not to mention how much is being spent abroad by sick British citizens in an effort to be well and live with less pain and suffering.

It’s been a long road for Mr X. He’s been to the USA, to California, Oregon, and Canada too. He has been given recommendations for medical cannabis from doctors in all of these places and he’s been able to source large amounts from dispensaries and compassion clubs throughout the Americas. He has convinced his UK doctor not only that cannabis is the most effective and safe medicine for him, but also for that doctor to put his name on a (very carefully worded) letter of recommendation.

Mr X doesn’t want me to say a whole lot more about the operation. For obvious reasons, he is worried that too much information given out too soon might jeopardise his plans. He tells me he will be publicising everything when he has it ‘all worked out’. 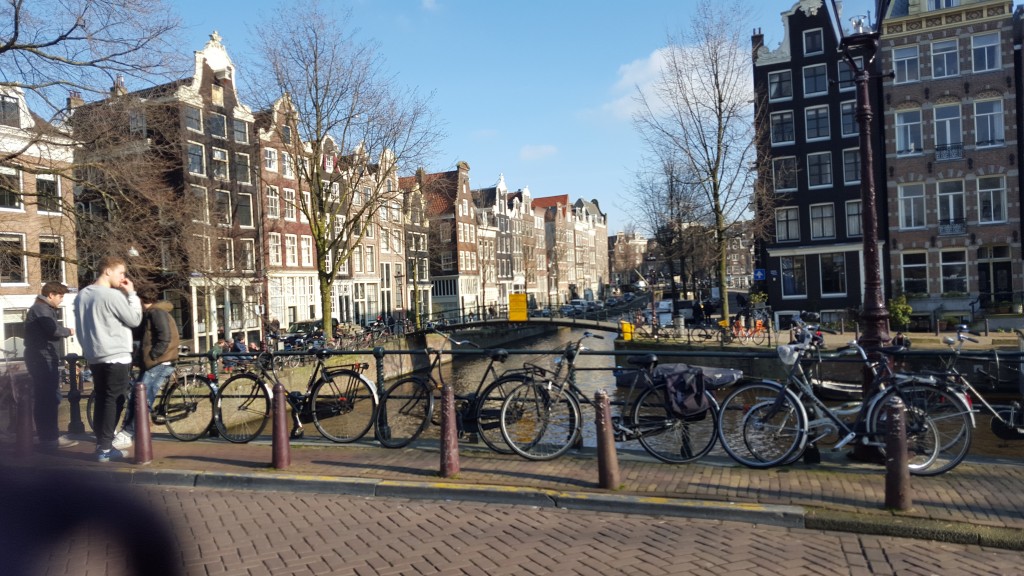 Sadly, today has not gone entirely to plan. The very carefully worded letter from Mr X’s UK doctor apparently isn’t worded quite right. The Dutch doctor sitting with us won’t write a prescription unless he can be sure that everything is in order and that he isn’t at risk of losing his medical license. This only brings into focus the hypocrisy of our situation.

This very friendly doctor would love to write up the prescription. He too can see that Mr X is suffering and he says he knows cannabis will help. He simply can’t risk his licence by putting pen to paper and giving access to the very same herb we could find around the corner in one of Amsterdam’s many famous Coffeeshops. All down to the wording of a letter. We leave the doctor’s surgery empty handed and walk off to find breakfast and some cannabis (off prescription of course) for the day’s pain relief.

Amsterdam is known for it’s Coffeeshops and its cannabis tourism. It’s easy to forget that cannabis is still illegal in the Netherlands and that the Coffeeshops are merely ‘tolerated’.

Just to be clear, this means that the authorities have chosen to turn a blind eye to this blatant illegal activity, so long as the Coffeeshops adhere to a few strict rules: In Amsterdam, these shops can sell only 5g to each customer at a time and are limited on how much they can stock, meaning that they have to restock continuously throughout the day. 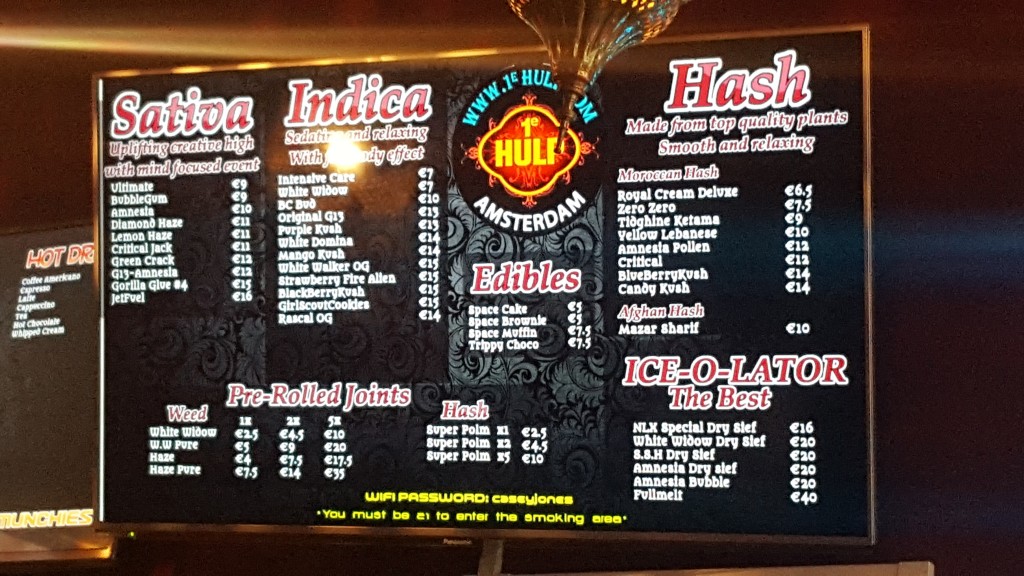 Strangely, no one involved in the supply of these shops is operating legally. Growing and selling larger quantities of cannabis are both illegal, so it’s fortunate that it’s also illegal for the authorities to search your person as they would inevitably find many people, most probably cycling, from grower to Coffeeshop with ounces of illicitly grown cannabis to be sold ‘legally’. If all of that sounds confusing, don’t worry, the residents, Coffeeshop owners and customers all feel very much the same way. But so long as their taxes are paid on time, these shops seem to get by with little-to-no hassle.

You do have to ask, is this the place for an unwell person to get their medicine?

Many UK patients with all sorts of illnesses, MS, Crohns Disease, Epilepsy and many more, fly out for short trips to ‘boost’ their health. Taking advantage of the leniency of Amsterdam’s authorities to inhale as many cannabinoids as possible before flying back to the UK, back to prohibition and back to having to hide their medication away, from the authorities and sometimes even from family and friends.

Ironically we quite readily purchase a few grams of the same herb only ten minutes later, down the canal, with no more than a flash of our passports and the right cash.

Is it the same herb?

Good question, and one that we won’t be able to answer until the prescription is in our hands. The important thing to remember is that there are many strains of cannabis – I only flew in yesterday and I had already followed Mr X to a certain Coffeeshop to find a specific strain (‘Dr Grinspoon‘) to help him get a good night’s sleep before today’s appointment. How will his prescribed cannabis compare? 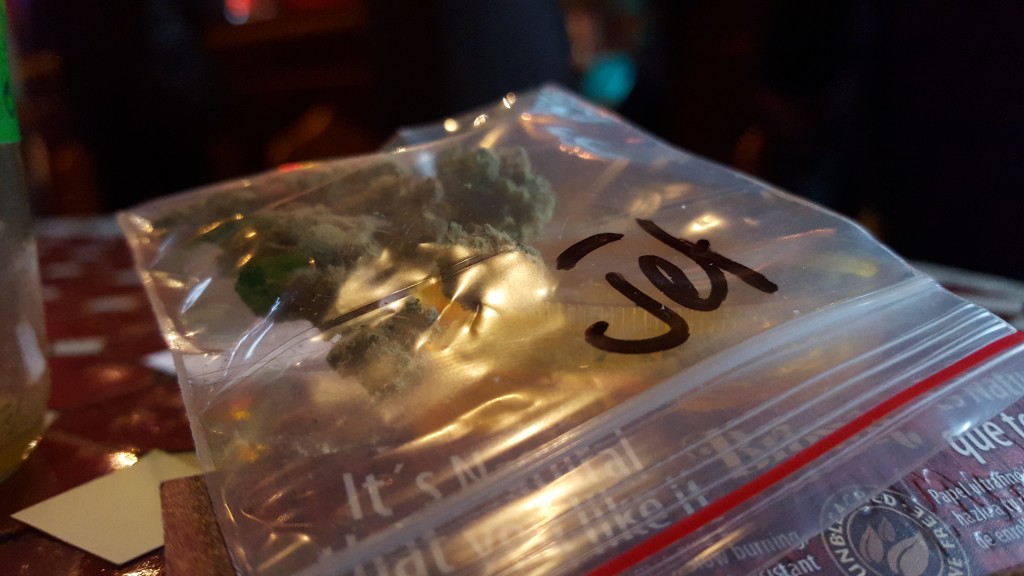 Medical cannabis in Holland, and in most of Europe, comes from a company called Bedrocan.

Bedrocan produces six strains of medicinal cannabis, which are made available by the Dutch Ministry of Health. Each is labelled with a standardised level of three cannabinoids: THC, CBD, and CBN. However, this is still a very limited range when compared to the innumerable strains the Coffeeshops are offering. Sadly, the Coffeeshops don’t have the lab or grow facilities that Bedrocan are using, so knowing exactly what you’re getting and having a consistent product are both impossible tasks. Getting your cannabis in an unmarked baggie also feels far too familiar.

It’s a sad state of affairs when you compare Amsterdam to some of the US States that have legalised.

The limitations put upon the medicinal cannabis industry here means that it is becoming financially strained and the whilst this issue isn’t one shared by the legal, ‘recreational’ world of the Coffeeshops, the restrictions on their production process, and the fact that the industry itself remains illegal, means it’s still not properly regulated.

An unregulated market will never be good enough for patients who want to know the precise cannabinoid profiles of their medication.

…growing ever larger across the Atlantic. 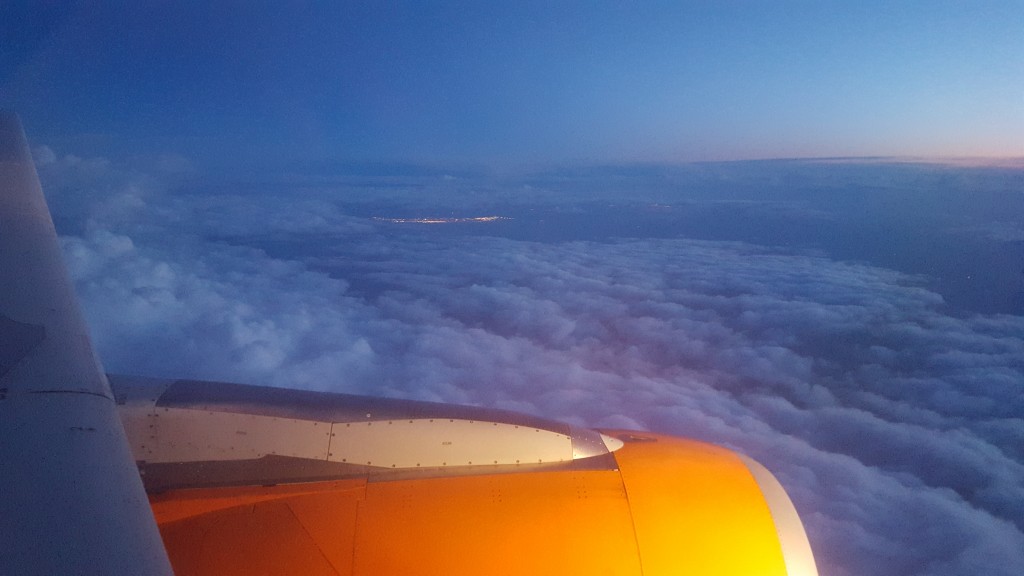