As part of our week-long spotlight on women in the medical cannabis sector we have had the pleasure of interviewing Hannah Deacon, Director of Maple Tree Consultants and mother of medical cannabis patient Alfie. 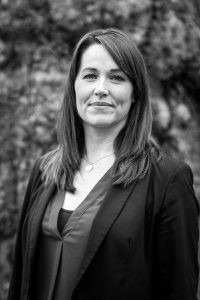 In this interview Hannah has shared with us how her journey into the medical cannabis sector began when she was fighting for a better quality of life for her son Alfie. Since medical cannabis was legalised in the UK Hannah has continued to have a positive influence within the sector, trying to drive fairer access. We also spoke about how being a woman and a mother in the sector has at times made her feel self-conscious, however, she tries to focus on the positives, such as being underestimated.

How did your journey into the medical cannabis sector begin?

I always call myself an accidental campaigner because it’s something I didn’t ever set out to do, I didn’t know anything about medical cannabis until I had my son Alfie. In 2012 he developed very severe seizures and went on to be diagnosed with a condition called PCDH19. As Alfie got older his condition got worse, and by the time he was 5 he was having about 150 seizures a week. The doctors were saying the only treatment he could have was steroids, which he was having intravenously up to 25 times each month. They didn’t understand the long term impact of giving those medicines, but it was the only treatment which stopped his seizures.

I then decided to research other ways of treating epilepsy that were more natural and had less side effects, and that’s how I found cannabis. We went to Holland in 2017 to treat Alfie, which worked extremely well. Then I came back in February 2018, worked with the lobby group End Our Pain to help Alfie get his prescription. I became this roaring lioness of a mother that just wanted her son to be well, but then I also learnt of the injustice that other patients who need medicinal cannabis were facing. We set out as a campaign for Alfie, but it turned into a campaign for everyone in this country.

What’s your current role within the sector?

I started as a campaigner, and I feel that I am very much still a campaigner. I joined this sector when Alfie became well because I was no longer caring for him full time and I needed to go back to work. I am now the Director of Maple Tree Consultants, which myself and my business partner Dr Mike Barnes setup because we have the expertise to help shape the U.K. medical cannabis sector. I ultimately want access to medical cannabis to be fair; I want medicinal cannabis to be available on the NHS and I also want it to be fairly priced in the private sector. Most importantly I want the patient journey to be at the forefront of every business that’s involved in the sector.

At Maple Tree we work with startups, farmers, clinics and dispensaries focusing on the patient journey. We work with our clients to help them create a robust and ethical business, where patients’ needs are being served. We focus on this because we know that patients will be loyal to companies that look after them.

How has your lived experience helped you within the sector?

When I first started campaigning I was very frightened of the world. I’d been through a very difficult time, I was suffering with very severe anxiety and mental health issues. I threw myself into doing this work because in reality facing my child’s death was way more frightening than sitting on national TV and talking about it.

I try to use my voice to help influence the developing UK medical cannabis sector because while there are a lot of economic opportunities, this is about chronically ill patients, and I have a perspective on that. We [patients and parents of patients] are what shape the narrative when it comes to this medicine; we know exactly what is needed for our children and for these patients. It’s incredibly important that companies listen to us.

I want to help companies grow, and help them develop businesses that put patients at the heart of everything they do. I’ve seen that when this is done these companies become very successful, and they reap the benefits of having happy and satisfied patients. However, I also think this is often missed by some of the companies within the sector at the moment.

Are there any key issues that you’re currently working towards tackling?

There is a real problem with access for children at the moment. One of the key issues being that there aren’t enough doctors prescribing for children. There are over 100 prescriptions issued by only 3 prescribers, 2 of which are going into retirement, and the other doctor can’t take on any more patients. Another issue is the cost of private prescriptions, which is still thousands of pounds for children.

One of the areas we are currently looking at is the stance held by NICE, NHS and other relevant bodies on the type of evidence which can be accepted for licensing medications. I think it’s important that they accept the exceptionality of this plant, which it’s not a single compound pharmaceutical, but a botanical plant. There is a lot of real-world evidence for the medical benefits of cannabis. For example, a Drug Science paper was recently published that found an 84% improvement in the symptoms of children with treatment resistant epilepsy. So we are currently looking at how we can ensure that real-world evidence is accepted as a viable method of collecting evidence for medical cannabis. This is especially important for children with epilepsy because there will never be randomised control trials for their specific, and often rare, conditions.

I am also currently working on a lobbying project with Maple Tree. In April last year we released a report which outlined 10 recommendations for the government. We believe if the government implemented these recommendations they would ensure that the UK doesn’t miss out on the various benefits of a medical cannabis industry, for both patients and the economy. We feel strongly that the government currently does not understand the importance of the medical cannabis sector in the U.K. Whilst we have seen great progress with the law change, we have also seen a stagnation in the last 3 years with limited access to medical cannabis for patients mostly through the private sector. We believe the government needs to get on board with this exciting new sector which not only will bring better outcomes for many chronically ill patients but a new and exciting U.K. sector, which we need post Brexit. This will bring the global Britain we and the government want to see. We know the U.K. can lead in this field if the government is on board and make much needed changes, such as reforms to the Proceeds of Crime Act which is currently stifling investment. Another area of change will be allowing GPs to prescribe medical cannabis, which we know will open up access for patients. We are currently raising capital for this project and hope to start work in the near future. Please get in touch if you are interested in supporting the project.

If you were to have one overarching goal for the work that you do, what would that be?

I went to Holland to help my son survive and have a good quality life, and he does. He lives a very happy life, and for me that is the biggest achievement. When the law was changed I felt really proud of being part of something that would hopefully change millions of people’s lives. The fact of the matter is that this hasn’t happened.

I still feel that I have a huge amount of work to do within the sector. I want to see a robust medical cannabis sector which can meet the needs of all patients, alongside creating jobs, and money for the economy. All those things can be achieved if the government supports this growing sector. I want to focus on helping the government understand the ongoing issues faced by patients, families, prescribers, and industry over the past 3 years, and how they can be overcome.

What is it like to work, as a women, in this male dominated sector?

In my experience most of the men that I’ve met within the sector have been wonderful and very accepting of me, but unfortunately some of them make you feel like you shouldn’t be in the room. As a woman in this space I feel I have to work harder to be seen as legitimate, but I also know that I’ve got a reason to be here. I think it is hard being in a room of men, and you are the only woman, which I’ve experienced many times. I have felt self-conscious about what people might think about me. I wonder whether people will look at me as just this mum who doesn’t know what she’s doing.

Do you have any advice for any women that are looking to get involved in the space?

Someone once told me ”I used to worry that people think I’m just the girl who makes tea, but I remember that if people think this then they will underestimate me, and being underestimated works to my advantage”. We have to remember that most people don’t think of you at all, they’re only thinking about themselves. It’s important to not focus too much on the men, or anyone, that doesn’t make you feel welcome because that’s their problem, not yours.

I would also say to any woman who wants to be part of this sector it’s important to work hard, focus and create your network; whether you’re male or female, networking is important because that’s how you get into the space, and how you are seen as legitimate. I also think it’s important that women in the sector stick together and support each other. Being part of the UK Women in Cannabis Leadership group, which Dr. Mala Mawkin has set up, has really helped me, it’s a very kind and supportive space.

It has been fantastic to catch up with Hannah and learn all about her experience of the sector as a mother, campaigner, woman and consultant. She is currently working on some very important lobbying projects, such as Maple Tree’s recommendations for Government, and campaigns, such as End Our Pain. We look forward to seeing what 2022 holds for Hannah, who is doing a brilliant job at positively engaging with all areas of the sector to drive a fairer system for patients.

You can read more about Hannah’s work and accomplishments in the medical cannabis sector on her website.